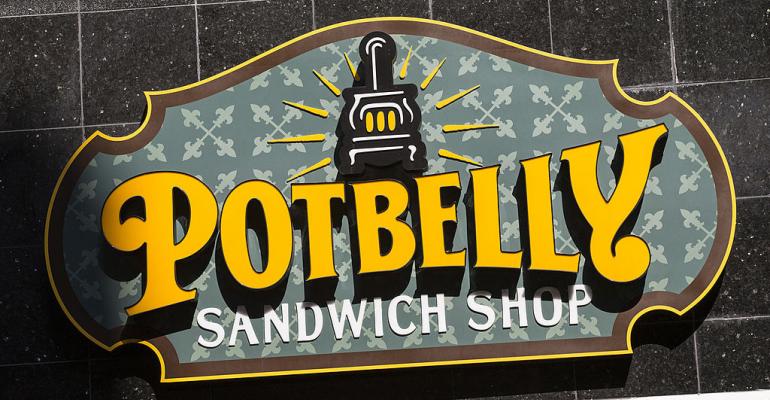 Blog: Shareholder says sandwich chain should make changes or put itself on the block

Perhaps no company illustrated the fast-casual IPO frenzy of 2013 and 2014 quite like Potbelly Corp.

The Chicago-based sandwich chain went public in 2013 and generated considerable enthusiasm from investors eager to get aboard the fast-casual train that was supposedly going to overtake the entire restaurant industry. At the end of its first day of trading, the stock was nearly $31 a share, or up 119 percent from its IPO price.

But Potbelly's stock been falling ever since, hovering around $12 per share since 2014. The company is looking for a new CEO. And an activist investor is pushing for change.

That activist, Ancora Advisors LLC, in a letter to the board last month said that Potbelly should slow down unit development, open smaller “kiosk” locations and refranchise restaurants.

If it doesn’t do these things, the owner of 4 percent of Potbelly stock should put the company up for sale.

“If the board remains convinced that it now has the appropriate strategy in place, we would strongly urge it to immediately pursue a sale/going-private transaction as we do not believe the current strategy would be attractive for current or potential public/minority shareholders over any investable timeframe,” Fred DiSanto, CEO of Ancora Advisors, wrote in a letter to the Potbelly board.

Some of these efforts have succeeded — the activist Marcato Capital, for instance, won three seats to the Buffalo Wild Wings Inc. board of directors and led to the departure of CEO Sally Smith.

Others have not. Fiesta Restaurant Group Inc. recently beat back an effort for board seats by JCP Investment Management LLC.

Ancora owns 4 percent of Potbelly shares. The firm in its letter to Potbelly has followed the same restaurant industry playbook espoused by other activists.

Mainly, such activists dislike capital spending. The investor in this case believes that Potbelly should sell 150 company-run stores in 2017, which could generate $90 million in proceeds while improving the company’s profit margins. Potbelly operated 413 of its 464 locations as of March 26.

The investor also believes the company should “immediately curtail store expansion” while it waits to hire a new CEO. Ancora believes that the company’s returns on new locations have been in consistent decline since 2011.

The company’s unit volumes have remained steady due largely to price increases, rather than traffic, “rendering the company incapable of offsetting increasing occupancy costs and labor inflation.” Store margins have fallen by 200 basis points since the IPO.

“We believe the board and management need to address the deteriorating return profile immediately and drastically slow the buildout of locations,” Ancora wrote. The investor also believes the company should reduce the square footage of its locations and consider more kiosks.

If all this happens, Ancora believes the stock price could potentially double by 2020.

Of course, that still wouldn’t get the price to where it was back in 2013.