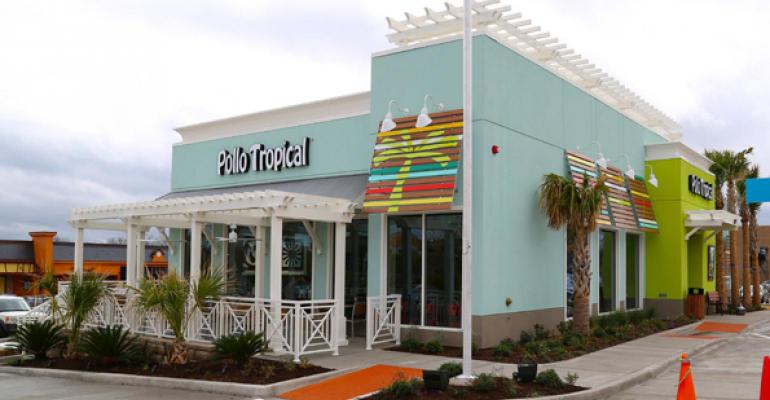 We’ve been writing for several months that the fast-casual bubble has burst, as same-store sales at many chains decline and some concepts start closing locations. The segment has been the weakest performer so far this year, according to both Black Box Intelligence and results from publicly traded companies.

It’s a bit of a surprise, given that the fast-casual segment is supposed to be disrupting the entire restaurant industry, leading to a major shift in the way consumers eat and taking business away from casual-dining concepts and quick-service chains.

Why is this happening? We discussed one potential issue last week when we wrote about competition from the quick-service chains and casual-dining concepts that are adapting to the segment’s presence. And much of the problem is simply that the market is tough and fast-casual chains are not immune to that.

But that doesn’t explain the whole story. Here are five reasons why fast-casual chains are facing sales problems:

1. Aggressive development: Fast-casual chains are under immense pressure to develop new units at the moment, far more than more established quick-service and casual-dining concepts. Development risks cannibalizing existing locations, taking away sales. The development schedules also run the risk that the locations will open in markets where they might not work as well. Pollo Tropical, for instance, tried opening in Texas and failed. Noodles & Company said it opened restaurants in many weaker markets.

2. Intense competition: Investors are pouring millions upon millions of dollars into this segment. When a private-equity group invests in a restaurant chain, the group will want a return on its investment. And the way to get a return on an upstart chain is to make it bigger. That is flooding the market with fast-casual concepts, which, of course, could be taking business away from existing chains.

3. Clustered development: Here’s the thing: Many fast-casual chains tend to open in the same types of areas. Visit any so-called lifestyle center and you’ll find plenty of options. As more chains develop in these retail areas, consumers are hit with more choices and they spread their money around. But it’s not necessary. I was recently privy to a conversation between two growth chain executives gushing about the reception they get in smaller towns and suburbs with fewer competitors. 4. Marketing struggles: When McDonald’s was struggling to break out of its years-long sales rut in 2015, it decided to start offering some of its breakfast items all day. Customers bought the items in droves, providing a sales boost that gave the chain time to execute a turnaround plan. Quick-service chains can build sales temporarily by finding an item that resonates with consumers. Fast-casual chains struggle to do this because they’re smaller and don’t have the marketing muscle to break through the noise. And fast casual chains’ generally limited menus don’t lend themselves to buzzworthy product expansions.

5. Pricing: Restaurants have continued to raise menu prices over the past 18 months, even as commodity costs fell, amid fears about higher labor costs. Fast-casual chains have been among the most aggressive. And while consumers may be willing to pay higher prices for quality, they remain price conscious in today’s market, especially as their grocery bill declines. Ultimately, diners notice these prices and act accordingly.