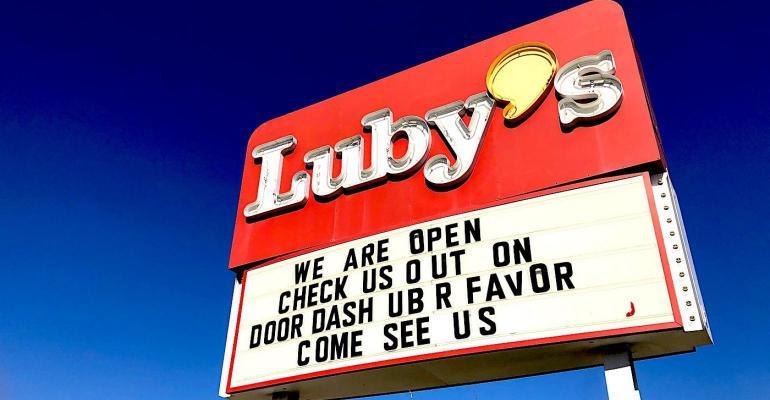 Luby’s Inc., which is winding down operations and liquidating, has agreed to sell its Luby’s Cafeteria business to an affiliate of entrepreneur Calvin Gin, the company announced Monday.

The Houston-based company said the newly formed affiliate will be renamed Luby's Restaurants Corp. upon the closing of the deal, which includes 32 of the existing Luby's locations, all in Texas, and ownership of the Luby's Cafeteria brand.

Luby's said the cafeteria business sale was valued at about $28.7 million, with “all but a nominal amount of which will be derived from the purchaser's assumption of Luby's liabilities and the purchaser's issuance of notes to Luby's.”

As part of the liquidation that was approved by shareholders in November, Luby’s last week agreed to sell its Fuddruckers business to North Carolina-based Black Titan Franchise Systems LLC, a newly formed affiliate of Nicholas Perkins and Black Titan Holdings LLC, the largest Fuddruckers franchisee.

“We are so pleased to be able to acquire the operation of these Luby’s Cafeteria stores, one of the iconic brands in the Texas restaurant market,” said Gin in a statement. “This transaction will allow us to continue serving the many loyal Luby’s customers at these locations and to provide long-term employment opportunities for the many associates currently at these locations.”

Gin is CEO of the acquiring company.

Gin’s family established The Flying Food Group by Sue Gin, which has grown to a large airline catering company in North America and provides food preparation services for other companies, including Starbucks.

Gin worked in multiple roles with the Flying Food Group, including vice president for its Starbucks business unit, and co-founded or partnered on several businesses, including Helios Visions, WorkPlate and Charming Studios. He also served as the chief financial officer with Blue Plate Catering Ltd. and Applause Food Services Inc.

“The structure of the transaction will allow Luby's to sell its real estate related to its cafeteria restaurant business to third parties and realize the related value for its shareholders,” the company said in a news release Monday.

Gerald Bodzy, chairman of Luby’s board, said, “I could not be more pleased than to see Calvin Gin, along with many of the existing management team, able to carry on the fine tradition of Luby's brand of food and service in Texas that dates back to 1947.”

Luby's is looking to sell 25 Luby’s properties, which could then lease the real estate back to the operator, and the purchaser will assume the leases for seven Luby's locations, the company said.

Luby’s and Gin anticipate the transaction will close before the end of the Luby’s current fiscal year, which ends in August.

The 32 units included in the proposed sale agreement include: