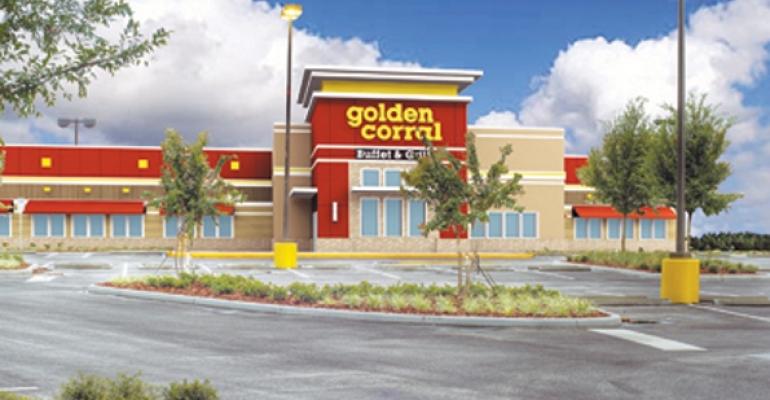 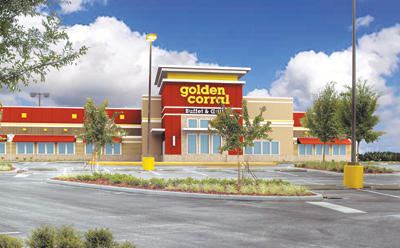 Golden Corral says a smaller restaurant design has proven successful, and that it plans to open three company-owned and two franchise units in that model by the end of 2013.

“We’re talking about markets that have a population of about 70,000 people in a 10-mile radius,” he said of the 7,600-square-foot units. “And, you know, they have to be on the street and have enough car count to make it a viable location.”

The company launched the smaller prototype in 2011, McDevitt said. Today, there are eight 7,600-square-foot units.

The small restaurants usually have eating and drinking sales of $60–$70 million per year, McDevitt said, which is “not big, but not tiny either.” The smaller buffet building itself, minus land and other related opening costs, costs $785,000–$790,000 to build.

“The smaller stores gave us an opportunity to expand in smaller markets,” said Irwin Roberts, director of franchise sales at Golden Corral.

Other design elements also make it less costly, McDevitt said, including a flat roof, which is less expensive to build than a peaked roof. “It’s an attractive building, but we used inexpensive techniques,” he said.

Golden Corral aims for franchisees to have a reasonably low level of investment in the smaller units and to be able to make a good return on their investment — despite being in a smaller market, McDevitt said. “We’re able to put it on a lot that’s 1.5 acres,” he said of the smaller units. “In the buffet business, you need the size and the space in order to get the [customer] volume to make a return.”

All Golden Corral units are on even footing in terms of sales per square foot, regardless of size, he said. All restaurants also carry roughly the same menu, with about 40 items available.