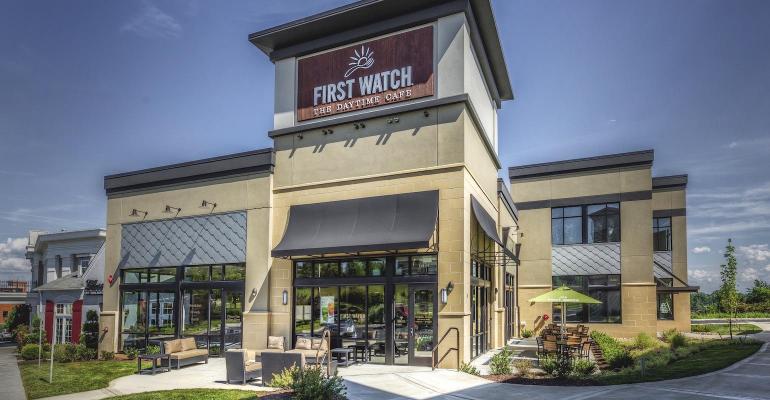 As much of the rest of restaurant industry continues to struggle with food inflation and labor costs, breakfast chain First Watch has reported significant performance momentum with both same-store sales and revenue growth in the double-digits for the second quarter ended June 26.

First Watch reported same-store sales increase of 13.4% driven by 8.1% traffic growth and nine restaurant openings across seven states. The Florida-based breakfast chain has been seeing impressive results since the company went public last fall, unlike most of its industry colleagues. The restaurant industry as a whole has been feeling inflationary pressures and most restaurants have taken multiple price increases alongside a 4.8% decline in same-store sales traffic, on average, according to June data from BlackBox Intelligence.

“Our second quarter performance reaffirms First Watch as one of the most consistent, best-performing concepts in the restaurant industry,” Chris Tomasso CEO and president of First Watch said in a statement. “We once again achieved impressive results, with system-wide sales increasing 20.0%.”

The quarter was highlighted by new seasonal menu innovations, including crab cakes benedict and a chorizo breakfast sandwich in the spring and barbacoa and blueberry muffin griddle cakes for the summer.

“As we look ahead, we intend to continue driving profitable growth while investing further in both our new restaurant development and our people,” Tomasso said in a statement.