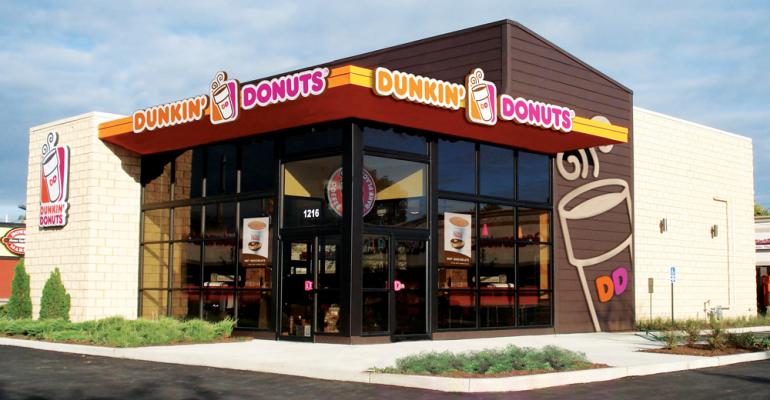 Brand to discontinue afternoon sandwiches, some bagels and muffins

Dunkin’ Donuts will simplify the menus at 700 more locations by October, bringing the total to 1,000, in an effort to ease operations, executives said today.

“We want to make our restaurant simpler and easier to operate,” said David Hoffman, president of Dunkin’ Donuts U.S. and Canada, in a second-quarter earnings call. He described the company’s focus on efficiency as “maniacal.”

Hoffman said afternoon sandwiches and some bagel and muffin varieties would likely be trimmed when the abbreviated menu is finalized.

“Together with our franchisees we are laser-focused on delivering what matters most to consumers,” said Nigel Travis, Dunkin’ Brands chairman and CEO.

Travis said both menu innovation and simplification were key components of the company’s efforts to “transform Dunkin’ Donuts U.S. into a beverage-led, on-the-go brand.”

In conjunction with the streamlined offerings, the brand expects to rollout a new store layout in the near future.

Dunkin’ said it will now offer curbside delivery to all franchisees. The company is also expanding delivery in the Miami market in a partnership with DoorDash.

Dunkin’ Brands has more than 12,300 Dunkin’ Donuts locations and more than 7,800 Baskin-Robbins worldwide.