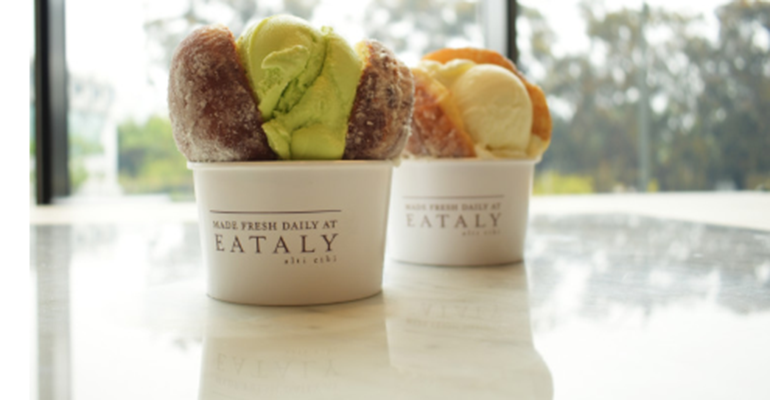 With Americans snacking more, more restaurant are seizing the opportunity to satisfy their afternoon sweet tooth with all manner of treats. While some operators are creating fresh limited time offers, others are snack-sizing already popular desserts or extending the availability of regular sized-favorites throughout the day.

Among the chains going after snackers is Wichita, Kan.-based Freddy’s Frozen Custard and Steakburgers.

“We target a new audience of snackers with our [new] Key Lime Pie concrete,” said Val Cowan, senior director of social media at the quick-service chain of more than 300 units. “We are specifically targeting those people who enjoy cool treats that aren’t overly sweet and offer a unique experience.”

Available now through September 11, the Key Lime Pie Concrete is made with frozen custard blended with a slice of key lime pie topped with whipped cream and sprinkled with graham cracker crumbles. To appeal to a broader audience and various needs, Freddy’s is offering the concrete in three sizes priced starting at $3.69 for the mini, $4.19 for regular and $4.79 for large. 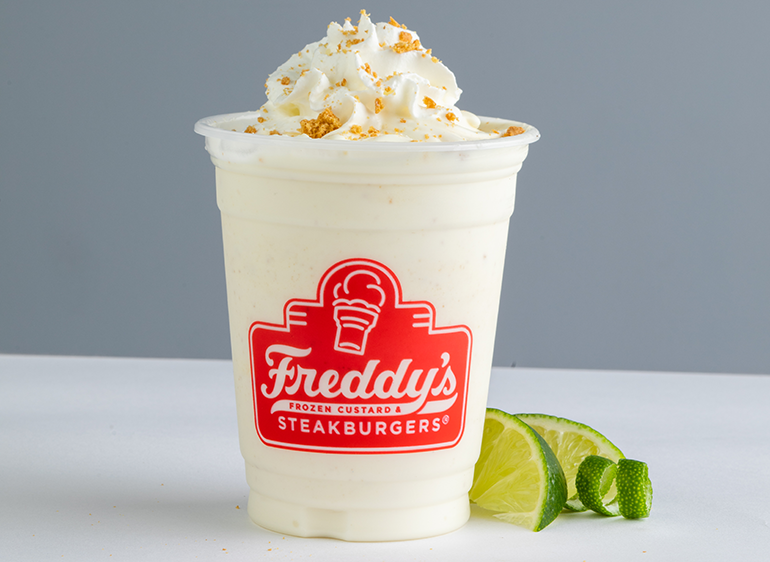 The new Key Lime Concrete at Freddy’s is available in mini, regular and large through Sept. 11.

Similarly, Lexington, Ky.-based A&W just launched Nutter Butter Creme Treats made with Oreo cookie pieces at its more than 600 domestic locations. The new Polar Swirls combine vanilla soft serve with “Nutter Butter variegate and Oreo cookie pieces.” They are available for around $2.59 for a 12-ounce portion and $3.89 for 16 ounces.

“These new offerings are perfect examples of our strategy to innovate and expand our menu, while staying true to our customers’ tastes,” Sarah Blasi Mueller, vice president of marketing, said in a recent release. “New crave-able treats and snack-sized items are key to building both traffic and profitable sales.”

Bombolini, the Sicilian donut, are a popular post-lunch dessert or mid-afternoon pick-me-up at Eataly’s Los Angeles location. At the food hall’s Cannoli e Bombolini counter, which also serves as a gelato counter, guests can order sweet fried dough rolled in sugar, then have it filled to order with their choice of traditional Italian custard and jam, or artisan gelato. Pairing the bombolini with an Italian espresso, also available there, is recommended for an extra afternoon boost.  Bombolini are $2.80 each, or $6.80 with gelato.

Also offering Italian snacks is Checkers & Rally's, which have more than 800 units between them and which just launched Sippable Italian Slushies, inspired by classic Italian ices, for around $2.29 for a regular and $2.79 for a large in cherry and lemon for a limited time.

Other new sweet treats on the Tampa, Fla.-based burger and fry chains’ menus include the new Wicked Strawberry soft serve available for around $1 alone or as a twist with vanilla, in a classic wafer cone.

Miami, Fla.-based Chill-N Nitrogen Ice Cream is attracting afternoon snack-craving customers who want to build their own cool creations. Customers select a base, pick a flavor from Chill-N's Periodic Table of Flavors, choose a Mix-N's, and then watch while the team uses liquid nitrogen to flash freeze their custom concoction. Available in small, regular, large and pints in prices ranging from $4.55 for a small 6-ounce item to $8.95 for a pint.

“Afternoon is one of their busiest times especially now during the summer, but also as an afterschool snack [during the school year],” a Chill-N Nitrogen Ice Cream spokesperson said.

While many operators are serving iced snacks, others are following a warm trend. 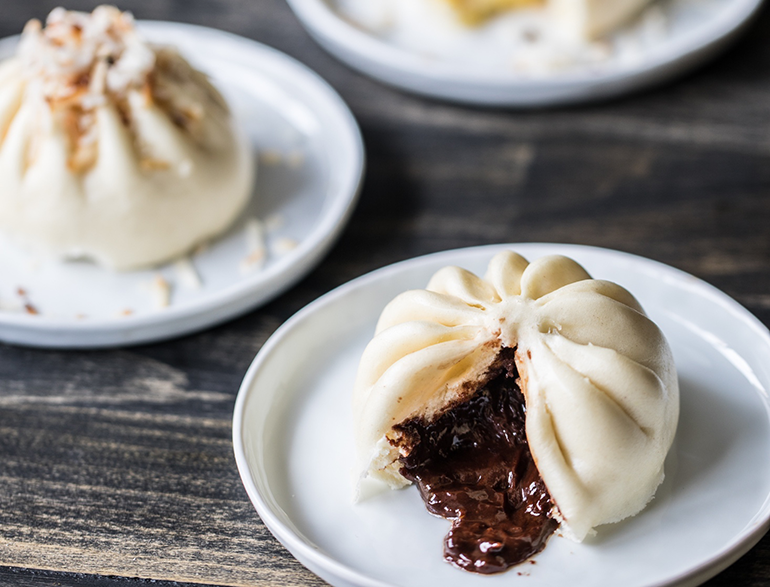 Wow Bao, the Chicago-based Asian dumpling chain, recently began offering value-priced two-packs of its Coconut Custard Bao and Chocolate Bao as a way to showcase the sweet treats. The chain reports sales of the sweet buns have risen a result.

Additionally, this fall Wow Bao will try to build on its sweet success with the introduction for a limited time of an Apple Bao in September and a Pumpkin Bao in October.

Earlier this month, Atlanta-based Wing Zone rolled out its new Cinnamon Sugar Pretzel Sticks, which are served warm and coated in a sugary cinnamon flavoring. They’re priced between $4 to $5 per order, depending on location.

“We noticed research and trends that Millennials gravitate toward snack foods with complex flavors from around the globe,” Wing Zone’s director of field marketing, Mike Vaughn, said. “We expect the Cinnamon Sugar Pretzel Sticks will be popular for both lunch and late-night hours, as well as a party platter favorite.”