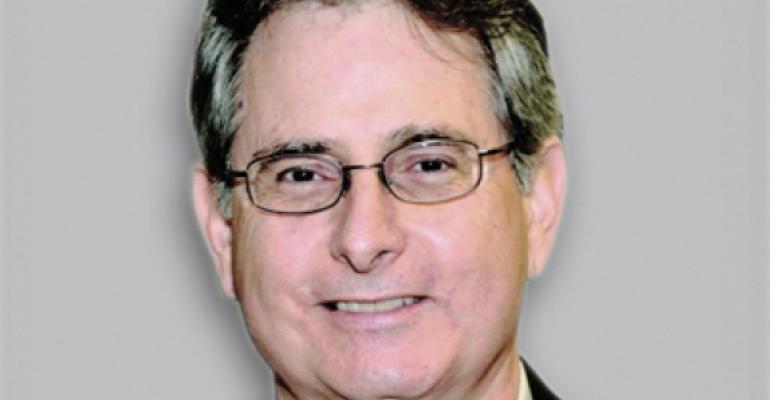 This story is part of NRN’s Top 100 special report, a proprietary census ranking the foodservice industry’s largest restaurant chains and companies by sales and unit data, among other metrics. The full report is available only to Nation’s Restaurant News magazine subscribers, and is part of the June 25 issue. Subscribe here.

Top 200 project director Alan J. Liddle has helmed the Nation’s Restaurant News annual census and special report for more than 15 years, diving into foodservice data deeper than many. With that experience, Liddle has been an observer to restaurant industry history — the boom years of a rising tide that lifted all ships, the entry of private-equity owners, the fall of sales and unit growth during the Great Recession, and most recently, a slight recovery in growth.

The project takes Liddle nearly half of the year as he collects data from participating chains and companies and models results for some of the foodservice entities that either don’t publicly offer sales and unit information, or fall on fiscal years that preclude them from sharing annual data at the time NRN publishes the report. He has hit many more times than he missed, and the support of the full editorial team at NRN backs up his work with contacts, data from public companies’ earnings reports, and insights from the field.

I chatted with my colleague, Liddle, on this year’s changes to the Top 100 census, as well as foodservice trends only he could see between the lines of his massive Excel sheet.

Nation’s Restaurant News made some changes to the Top 200 study this year. Can you quickly outline those for us?

After many years of working to include on-site contracting operations within the Top 100 Chains database … we dropped them from chains coverage this year for a variety of reasons. A primary factor was that there just was not much detailed information available about actual sales and accounts …. Another problem, in terms of modeling appropriate on-site chain estimates, has been the rise in use among contract companies of concepts franchised from others and our inability to discern which contract division sales were from contractor-proprietary concepts and which were from brands franchised from others. However, because contract foodservice companies are among the largest in the industry, we continue to track their aggregate domestic revenue and revenue growth in our Top 100 and Second 100 Companies data tables.

Another large change was that we created a new consolidated industry segment, Beverage-Snack, from four previously separate industry segments. In the past, we used: Coffee, which included Starbucks, for example; Coffee-Snack, with Dunkin’ Donuts and Krispy Kreme, among others; Snack, with the likes of Baskin-Robbins; and Smoothie-Juice, where we had previously placed Jamba Juice. Today, while there are some obvious differences among those chains, we felt there were more similarities — including their use of non-meal purchases and the range of average tickets — which made grouping them together advantageous for our users.

For similar reasons, we consolidated multiple quick-service restaurant specialty segments, such as Chinese QSR, including Panda Express, and Italian QSR, such as Sbarro, into a new Other QSR segment.

And what were the results of those changes?

Eliminating contractors from the Chains tables freed up 24 slots within Top 200 data tables for restaurant, convenience store, hotel and in-store feeder chains. In turn, those additions allowed for deeper data presentations for the remaining chain segments and a better idea of the trends within those segments.

Creating the consolidated Beverage-Snack segment and applying it across data tables made it easier for our users to see how chains competing for non-meal consumer dollars fared in relation to each other in their latest, preceding and prior completed fiscal years.

Al, you’ve been in charge of Top 200 for years. What was the biggest surprise this year to you?

Though I probably shouldn’t have been surprised, given long-term trends and the number of recent high-profile bankruptcies with restaurant closures, seeing that net aggregate growth in new stores among Top 100 chains had remained in the low 1-percent-plus range for the third consecutive year was a bit sobering. It underscored the maturity of many of the industry’s largest players. That said, the phenomenal growth of some of the smaller players, such as Five Guys Burgers & Fries and Jimmy John’s, as well as the ability of the Top 100 chains to wring out an overall 4.47-percent improvement in collective U.S. systemwide sales, was proof that good operators will find a way to improve store-level output, even in a post-recession environment where discretionary consumer spending is much more cautious than it was five years ago.

Looking at the universe from a macro level, what do the trends say about the health of, or challenges to, the restaurant industry?

There are plenty of healthy players in this industry, but as with our own bodies, good health doesn’t just happen; it has to be achieved. With the exception of smaller or true standout chains, high rates of annual unit growth will not return any time soon, making it imperative for older chains to make sure their menus and restaurants are refreshed regularly so they remain relevant to the widest audience suitable for the concept.

That doesn’t mean [restaurants should] become something [they] are not. It means make sure that within your space you pay attention to affordability and that you have some “more healthful” menu items and use as many locally sourced products as is feasible. It means you understand your target audience’s service expectations and that your staff is trained to meet or exceed them; that your ambiance is inviting to the next generation of diners and, when new, your buildings reflect a sensitivity to environmentally friendly construction practices and energy usage.

On the Companies side, I’m afraid that we may see some more bankruptcies. The changeable consumer mood tied to fluctuating gas prices, worldwide economic issues and the slower-than-hoped-for rebound in employment levels hinders sales growth at many restaurants owned by some still heavily leveraged organizations, leaving little options than bankruptcy protection.

One of the things that stands out to me each year when I’m looking over Companies data related to bankruptcies is how even small sales downturns, after prolonged periods of low or no growth, can help trigger a reorganization, as lenders lose patience with late payments or funds are choked off for the improvement programs counted on by management to improve sales or cash flow.

What do we have to look forward to when the Second 100 comes out?

The space freed up by the elimination of contract chains means the return of some chains that in the recent past fell out of the Second 100, and the introduction of some concepts that have been highly visible in the industry from a growth perspective, but, until now, have not been of sufficient size, sales wise, to qualify on the basis of net U.S. systemwide sales.

And you better like casual-dining chains, because they are back with a vengeance in this year’s edition.