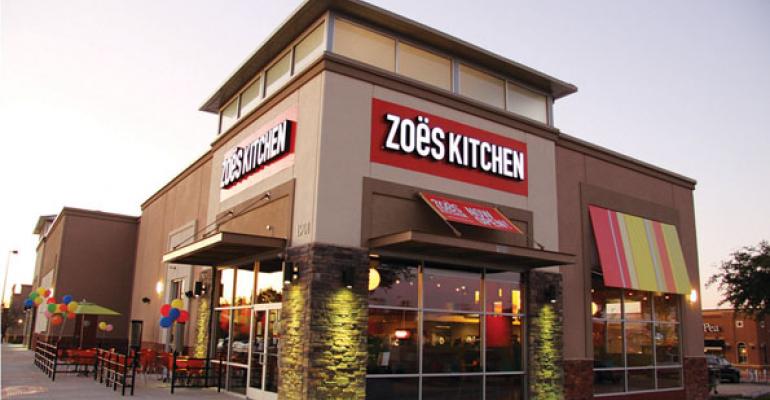 Zoe’s Kitchen Inc., the parent company to the Zoës Kitchen chain, increased Tuesday the per-share target range of its initial public offering, which is expected to be held Friday.

The Plano, Texas-based fast-casual operator said it now plans to raise up to $87.5 million by offering 5.8 million shares at between $13 and $15 each, according to amended registration statements with the Securities and Exchange Commission. Earlier filings called for the same number of shares priced between $11 and $13.

Founded in 1995 by Zoë and Marcus Cassimus in Birmingham, Ala., Zoe’s Kitchen is owned primarily by private-equity firm Brentwood Associates, which acquired the concept in 2007. As of Feb. 24, Zoës Kitchen had 111 units in 15 states.