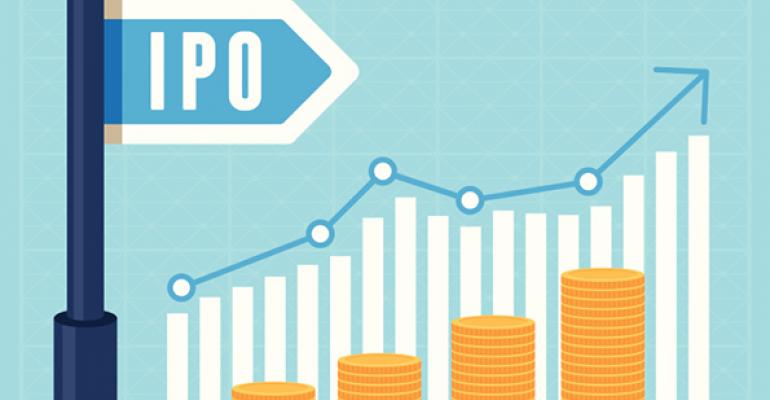 Chains will keep going public thanks to strong valuations.

Investors are putting a hefty price tag on publicly traded restaurants, providing an incentive for the owners of growing chains to take them public.

Investment bankers and other investors expect the flow of restaurant IPOs to continue as a result, despite recent stock market volatility and declines for some growth chains that recently went public.

“The markets are open,” said Damon Chandik, managing director and head of the restaurant investment banking firm Piper Jaffray & Co. “Clearly, we’ve seen a number of restaurants go public, and go public successfully. Recently we’ve seen more volatility, with Europe and Ebola and everything else. But the restaurant stocks have held in there quite well.”

This has been a busy year for IPOs, in general. So far this year, according to the IPO research firm Renaissance Capital, 228 U.S. IPOs have priced this year, up 34.9 percent from last year. And 319 IPOs have filed, up 49.8 percent. There have been 12 consumer IPOs this year. That includes a number of restaurants, such as Zoe’s Kitchen, Papa Murphy’s, Dave & Buster’s and El Pollo Loco.

Habit Burger, meanwhile, filed for its offering last week, and other restaurant chains are reported to be considering or planning offerings, including the burger chain Shake Shack and the burrito concept Café Rio.

Brad Swanson, managing director, investment banking, for KeyBanc Capital Markets, said he has “five or six pitches” for offerings in the pipeline. “It’s a very robust market,” he said. “Any time you see valuation multiples where they are in restaurants, you’re going to see people take advantage” and go public.

Therein lies perhaps the biggest reason for the flurry of offerings: the attractive valuations these companies can attain by going public. The owner of a restaurant chain may get a higher valuation by selling stock in an IPO, rather than by selling to a private equity group.

Since 2003, Swanson noted, stock prices for quick-service restaurant chains have gone up 372 percent, and 168 percent for casual dining. By comparison, the S&P 500 has gone up 120 percent over that time, he said.

As such, the valuations for restaurants are historically high. Quick-service restaurants are now valued at 14x EBITDA, or earnings before interest, taxes, depreciation and amortization — meaning the value investors are placing on those chains is, on average, worth 14 times their cash flow. Historically, that multiple has been 10 times EBITDA for the quick-service segment. Casual dining chains are trading at 9.6 times EBITDA, above their 10-year average of 7.9 times EBITDA.

Valuations matter to companies that sponsor public offerings. Between 2003 and 2006, when restaurant stocks were strong, there were 12 IPOs in the industry, Swanson said. From 2006 to 2010, when restaurant valuations were cut in half, there were zero IPOs. Since then, 11 chains have completed IPOs, all because of those flourishing stocks.

“You’re at the extreme ends of valuations,” Swanson said. “Until that valuation environment changes back to historical levels, people are going to be interested in the equity markets.”

Investors are looking for growth

Investors are welcoming many of these chains with open arms. Last year, shares of both Potbelly Corp. and Noodles & Company more than doubled on the first day of their respective debuts. Earlier this year, both Zoe’s and El Pollo Loco Inc. had strong debuts.

“Investors are out there, looking for growth,” Chandik said. “If the companies perform, they’re being very well rewarded.”

High demand for these chains is due to a lack of supply of what are considered true growth chains. Any concept that promises strong sales and development potential can get strong interest from investors. “There’s a scarcity of unit growth stories that are available for public company investors to invest in,” said Rahul Aggarwal, managing director of Brentwood Associates, which took Zoe’s pubic earlier this year.

Many of the chains going public now are small concepts that just a few years ago might not have been able to consider an IPO. Habit Burger, for instance, has just 95 units.

The JOBS Act of 2012 paved the way for many of these offerings by small companies. So-called emerging growth companies, or companies with gross revenues of less than $1 billion, can keep their intention to go public private until shortly before the actual IPO. That enables them to test the market away from the glare associated with an IPO filing. Since the law went into effect, through September of this year, more than 700 companies have made private submissions. It’s unknown how many of them later went public.

Some chains that have gone public under the act have struggled, even after spectacular debuts—both Noodles and Potbelly, for instance, have since come back down to earth; the latter is trading at under its IPO price, for instance. “Once you go public, that’s when the real work starts,” Swanson said. “Investors these days rent stocks. If you do well, they’ll rent you long. If you struggle, they’ll sell.”