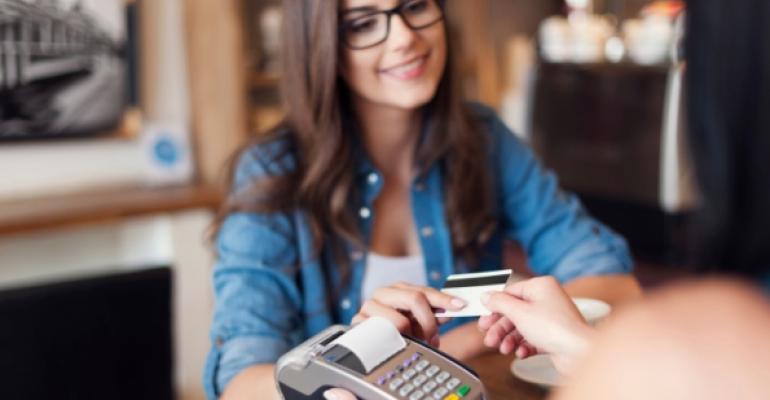 Survey: Consumers expect to pay more for meals this year

Consumers this year say they expect to pay more for their restaurant meals for the first time since consulting firm AlixPartners began surveying them in 2007.

Surveyed patrons anticipate spending 1.9 percent more per meal this year, increasing their average spend of $13.99 in the past 12 months to $14.25, according to the January survey by consulting firm AlixPartners LLC.

“That’s the first time it has been up,” said Adam Werner, managing director of AlixPartners and co-head of the firm’s restaurant, foodservice and hospitality practice.

Besides finding the first willingness to spend more for restaurant meals, the AlixPartners survey also looked at consumer attitudes toward a variety of issues facing the restaurant industry, from foodborne illness outbreaks to tipping.

“Operators can’t focus on one thing,” Werner said. “Each of these operators are fighting for share of stomach. … It’s a share game. You have to think about what’s most important to your consumers.”

Here’s a look at other areas of the AlixPartners study, which was released Thursday:

Food safety. The survey found that consumers react strongly to foodborne illness outbreaks, such as the ones that affected Chipotle Mexican Grill over the past year. The AlixPartners study found that 28 percent of surveyed diners say they would “never” again eat at a chain affected by an illness outbreak, and 34 percent said they would wait until the restaurant was cleared by health authorities.

“Things can change on a dime simply by not making sure your safety systems and supply chain are not first class,” Werner said, adding that “health and wellness are certainly front and center in consumers’ minds.”

Discounting. About 56 percent of consumers surveyed across concept-types say they plan to seek out more discounts than last year. “The coupon rage — rather it is digital or something consumers receive as a mailer — is still going to be there,” Werner said. “The next piece behind it are that combos are the new-new thing once again — perhaps not with a drink and fries, but an ordering platform with a couple of other things.” That has been seen in meal promotions such as Burger King’s 4 for $5 platform, Wendy’s 4 for $4 value deal and McDonald’s 2 for $5 meal.

“There are a few things that matter to them, and the other are just things that are ‘nice to have,’” Werner said. Only about 10 percent of those surveyed say that more consumer-facing technologies, such as ordering tablets and kiosks, should be among the top three priorities for restaurants in the year ahead. Tech requirements generally are online ordering, digital menus and digital loyalty programs, Werner said, but others like mobile payment, mobile ordering, text ordering and others are a tier behind.

Tipping vs. service charge. Only 15 percent of those surveyed support set service charges in lieu of tipping. “People still connect tip to the quality of service,” Werner noted.

Delivery. “There aren’t a whole lot of new people who are asking for delivery options, but those that do are hitting their favorite restaurants more frequently,” Werner said. Delivery has become what he called a “hot topic,” he said, adding that, “it has taken much stronger hold in the urban settings than the suburban.”

Loyalty programs. “While everyone wants to come out with the next best loyalty program, or at least is considering it,” Werner said, “the average consumer doesn’t walk around with six or seven different loyalty cards in their pocket. Basically, you have one or two or none.” About 14 percent of survey respondents said loyalty programs were “very” or “extremely” influential in their choice of restaurant.

Eric Dzwonczyk, managing director at AlixPartners and co-head of the firm’s restaurant, foodservice and hospitality practice, said restaurant investments in technology should be considered carefully.

Dzwonczyk said in a statement that smartphone innovations could make many technology investments obsolete “almost as soon as they’re installed.”

“It would behoove companies not to get too far out in front of their skis in this area,” Dzwonczyk said.