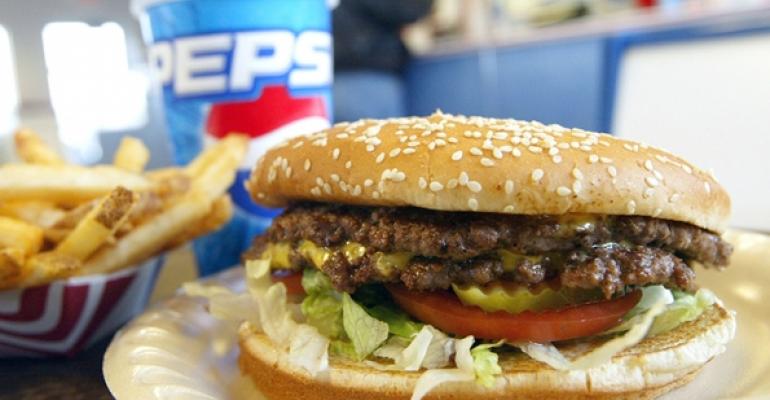 Operators share how they are taking advantage of traffic growth

With employment continuing to improve and gas prices at a six-year low, many consumers are finding themselves with a little more money to spend. One way they’re choosing to spend it is on weekday meals from quick-service restaurants.

“Now that they have a little more money in their pockets, they can do it a little easier than before,” NPD analyst Bonnie Riggs said. “They’re willing to spend it at QSRs.”

Convenience, price, and food variety and quality are among the top reasons consumers are increasingly getting weekday meals from quick-service restaurants, NPD found.

Pointing to the demand for convenience is an increase in carryout and drive-thru orders industrywide. In the year ended November 2015, carryout orders increased 1 percent and drive-thru orders rose 2 percent. The demand is especially pronounced at quick-service eateries, where carryout orders during weekday dinner increased 5 percent, drive-thru orders rose 2 percent and delivery grew 9 percent. Additionally, consumers ate fewer quick-service dinners on premise during weekdays in 2015, increasingly preferring to eat at home or in their cars.

“Those are convenience-driven situations,” Riggs said.

When it comes to quick-service dinner, price drove 25 percent of consumer visits, food variety and quality drove 13 percent of visits and “treating myself” drove 11 percent of visits. The trend was similar at lunchtime.

“Having more variety, quality. Everybody doesn’t have to order the same thing,” Riggs said, noting that it’s not quick-service pizza and hamburger places where weekday traffic is up.

“Those who are succeeding have really taken advantage of a growth opportunity … this consumer’s need for convenience on a weekday,” Riggs said.

While some brands are using steep discounts and menu innovation to drive weekday traffic, others are exploring less traditional tactics. Quick-service burger chain Checkers and full-service breakfast-and-lunch chain Famous Toastery share how they are trying to satisfy consumers’ convenience needs and grow traffic on weekdays.

Quick Service Capital Partners, a Checkers franchisee with seven locations in Florida, is having huge success by improving speed of service at its restaurants.

Increasing speed of service has helped to grow sales at all QSCP locations, including by double digits at some units.

Three years ago, Harms’ company was among the first franchisees to roll out Checkers’ “Peak 150,” an initiative designed to deliver a quality product and experience within 150 seconds. Harms installed technologies to align with the program, including drive-thru timers, investing in more staff and evaluating the performance of all equipment.

Additionally, after closely observing operations at each location, Harms realized that even more time could be trimmed by ensuring that employees were focused only on serving customers during peak hours, not doing things like refilling ice or opening boxes. So he created what he calls a “lockdown” procedure, where staff members are fixed in their stations. The program has been so successful that it has been shared with and adopted by other Checkers franchisees, Harms said.

“It’s proven to be a good traffic and business driver,” he said.

“We’ve noticed traffic up at off times,” said Robert Maynard, Famous Toastery co-founder and CEO. “A lot more people are freelancers or consultants. I think it’s a change of culture.”

To capitalize on that growth, the nine-unit chain is launching this month a geomarketing program that offers location-based specials during off hours via its social media channels.

Toastery is also poised to launch a new carryout and catering website in the coming months that will let diners order and pay by mobile phone and even pick up orders at a designated time from an in-store shelf, allowing them to get in and out without ever talking to anyone.

“People want it in and out,” Maynard said. “We’re very fast. We feel we can do the same thing with carry out.”