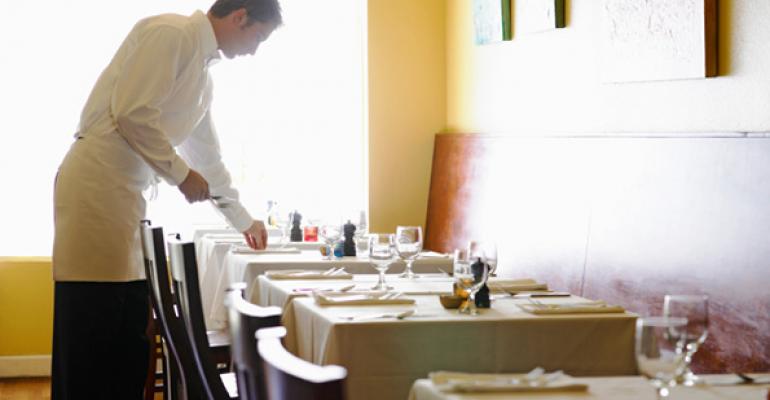 NPD: Number of restaurants falls in 2014

The number of restaurant chain locations is on the rise, while the independent restaurant population is shrinking, according to global information company The NPD Group. 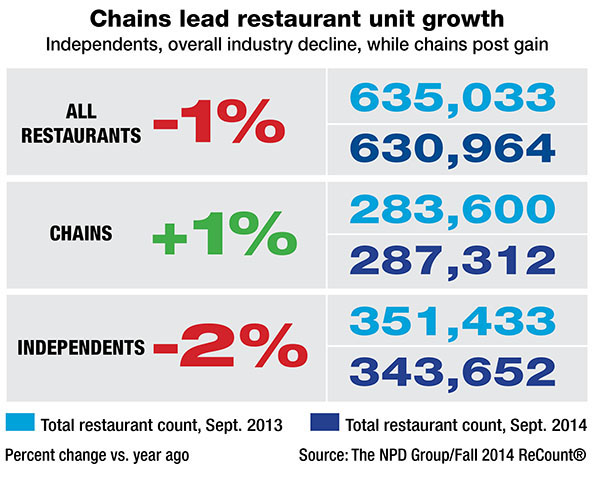 The shift in the number of restaurants in each category reflects prevailing trends in restaurant traffic, NPD said. Traffic overall was flat for the calendar year 2014, but visits to quick-service restaurants, which represent 79 percent of traffic, rose 1 percent, while full-service traffic fell 2 percent.

“Without the increase in fast-casual chain units, we would be seeing greater declines in restaurant counts,” Greg Starzynski, NPD Foodservice’s director of product management, said in a press release. “Until consumers show an increase in their visit frequency, we are not expecting much in the way of broad-scale unit expansion.”

Select markets had better news. The Las Vegas area in particular saw a restaurant boom, adding 163 locations over the course of the year, a 4-percent increase, to 4,469 units. 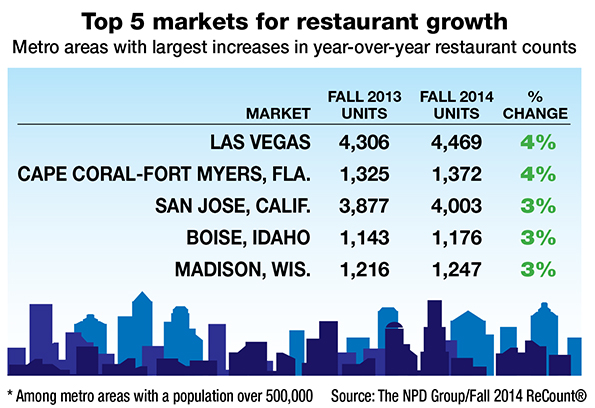