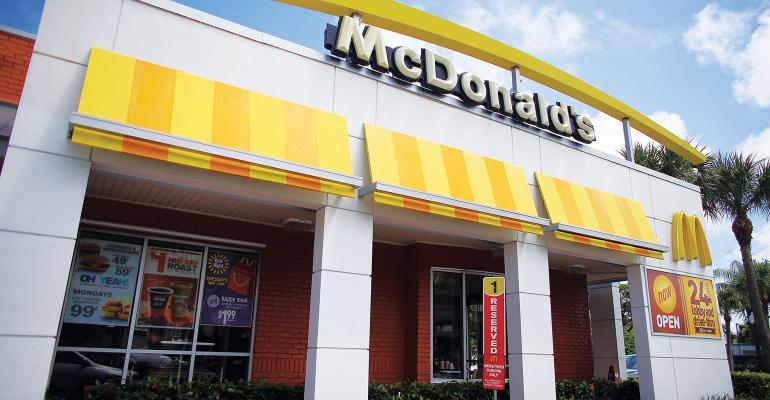 Blog: U.S. customer counts have fallen more than 10 percent in the past four years

Amid the euphoria over same-store sales increases at McDonald’s Corp. last year was this undeniable fact: Its customer count remained weak. Last year, guest counts fell 2.1 percent at the Oak Brook, Ill.-based burger giant. That came on top of a 3-percent decline the year before.

In fact, it was the fourth straight year that customer counts fell in McDonald’s important home market. The chain’s traffic fell a compounded 10.4 percent over that period.

Worse, the traffic decline in 2016 came despite numerous traffic-generating initiatives. McDonald’s started to promote its McPick 2 Menu last January, hoping that discounts would bring customers in the door.

While that effort included a couple of national promotions over the course of the year, different McDonald’s regions frequently kept their own McPick menus going in order to increase traffic.

On McDonald’s earnings call Monday, CEO Steve Easterbrook cited “pockets of success in regions that doubled down on affordability,” suggesting that areas that did more to push value generated more traffic.

“The McPick menu does work well for customers,” Easterbrook said. “But that alone isn’t winning market share on the value end.”

McDonald’s traffic problems are likely worse than appearances, too. Assuming that traffic has remained steady at breakfast — which McDonald’s executives have routinely described as “strong” — we can calculate that traffic at lunch and dinner has fallen a cumulative 12.5 percent to 13.5 percent over that period. That’s a lot of lost customer count.

Improved unit-level cash flow for franchisees means there’s “never been a better time to be an owner-operator in the McDonald’s system,” Easterbrook said. But he acknowledged that the company’s profitability over time depends on traffic.

Traffic “dominates our conversations,” Easterbrook said. “Owner-operators are particularly mindful of it.”

Easterbrook suggested that McDonald’s will focus on investing some of the company’s high cash flows toward generating traffic.

Easterbrook also said McDonald’s would invest in its “Experience of the Future,” expanding the interface to more markets this year. The service model enables customers to order via kiosk and get table service.

“It’s something we’ve had great success with in more mature markets around the world,” he said.

Ultimately, however, this is a competitive market. McDonald’s immense size makes growing traffic that much more of a challenge.

But company executives said the market offers room for growth.

“The market is huge,” Easterbrook said. “We have a relatively small percentage of the formal eating-out market. Plenty of customers are eating out. We have to fight harder to get customers coming our way.”