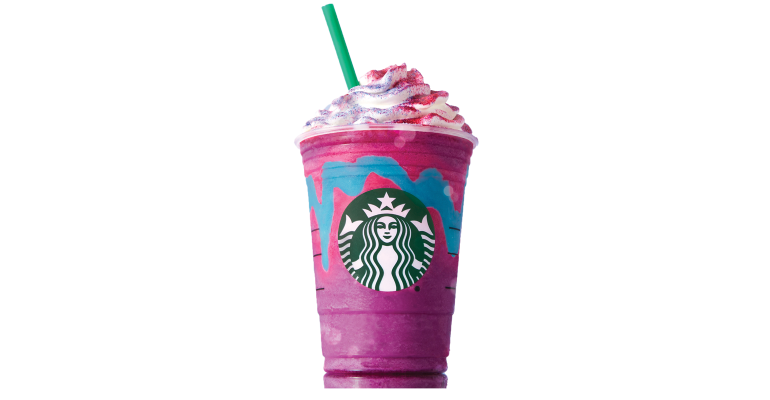 Starbucks has a lot going for it to make the brand attractive to Generation Z.

According to Piper Jaffray, the Coffee, Tea & Bakery category has maintained a dominant position in teen preference since 2009. 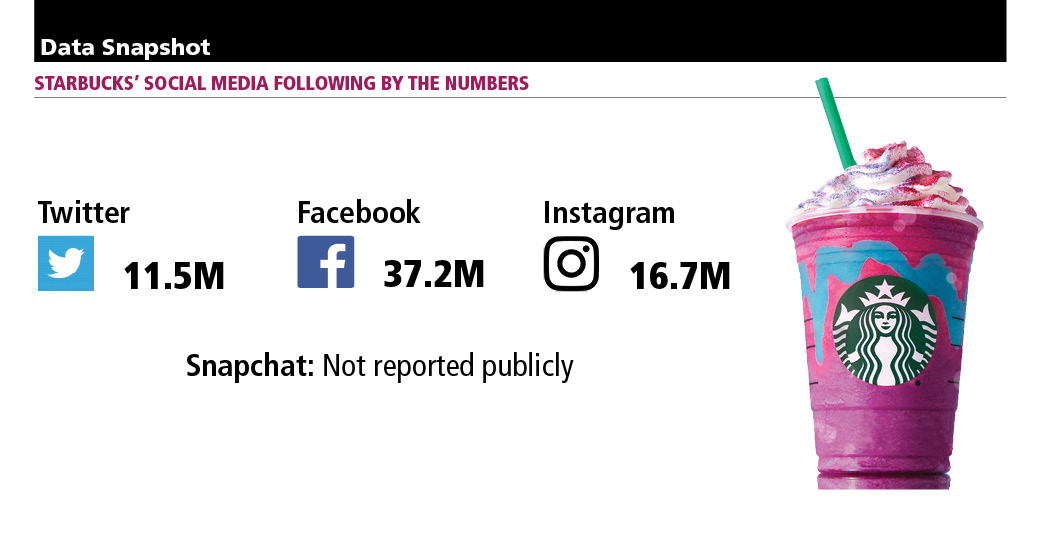 The brand’s social media savviness also plays into its success. Starbucks’ social reach extends far and wide. The coffee chain continues to invest in digital and mobile progress as well.

These digital natives continue to show a strong connection to social media platforms.

Almost half of teens named Snapchat as their favorite social media platform while a quarter of teens preferred Instagram. These two apps are both wholly based on photo- and video-sharing, an aspect Starbucks has been able to capitalize on through eye-catching and shareable limited-time offers, such as the Unicorn, Zombie and Crystal Ball Frappuccinos. 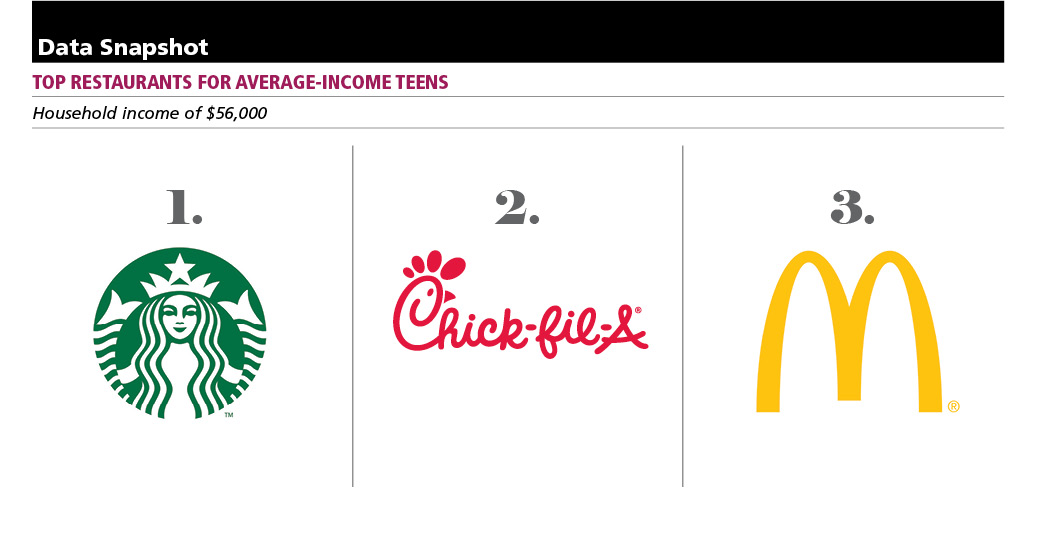 Chick-fil-A ranks highly with teenagers of all incomes, according to a Piper Jaffray spring survey of teenagers with an average age of 16. Over the last decade, limited-service brands have overtaken casual-dining brands as the segment of preference for younger diners.

As for how Chick-fil-A edges out others within the highly competitive quick-service segment, word of mouth plays a powerful role, according to marketing expert Daniel Lemin. 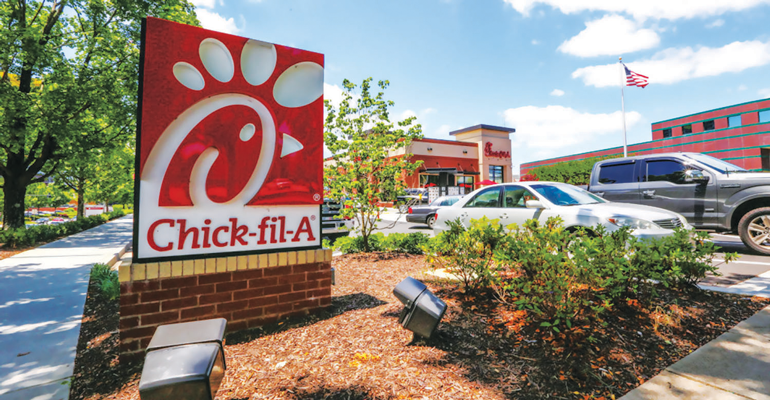 “There’s something about the experience there that gets people talking about it, and that’s enough to keep the popularity sustained,” said Lemin.

Teenagers “gravitate” to brands that they feel connected to,  they want to hang out where their friends are and associate with the brands that reflect their values, he said.

His research shows that younger Americans are more likely to engage in “overheard word of mouth,” with 48 percent of Gen Z consumers saying they have made recommendations based on what they’ve heard from friends or family. 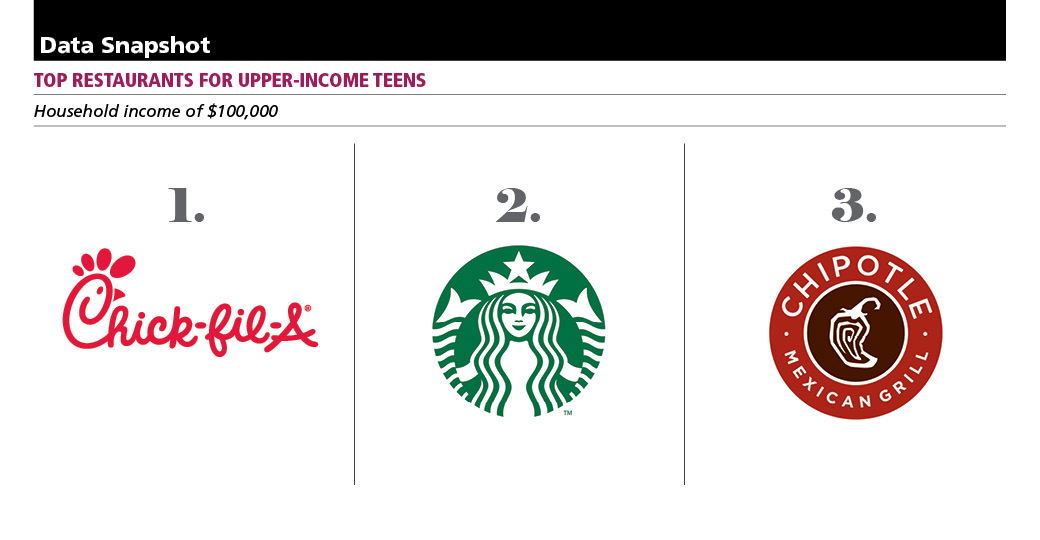 With teen beauty spending at an all-time high, Sephora stands out as one of the top destinations within that category. The retailer provides an enhanced in-store experience, with a wide selection of products and experts for free consultation, makeovers and beauty classes. 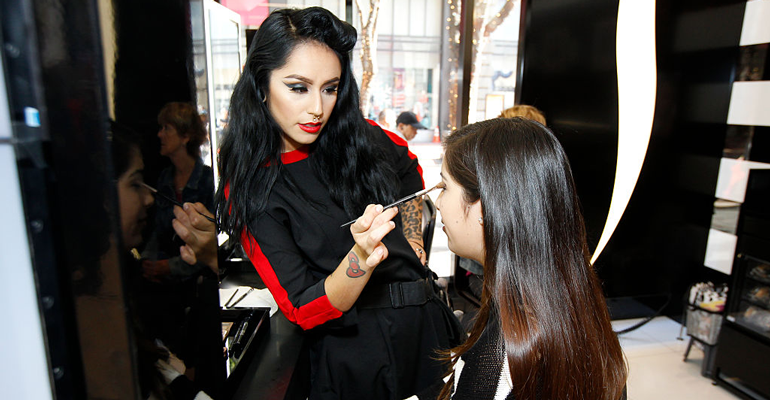 While many industries consider brick-and-mortar stores a dying breed, experience matters for teenage consumers, according to Piper Jaffray. An overwhelming 90 percent opt to shop for color cosmetics in-store as opposed to online, the research found.

Sephora also has the most preferred loyalty program among upper-income female teens. The program offers points on each purchase, which members can collect and redeem for free samples. They can also visit a store to receive a complimentary gift during their birthday month and receive personalized product recommendations.

Nike continues to be a favorite among teenagers, who have a strong preference for athletic footwear. Considering that 38 percent of teen spending goes to fashion and lifestyle brands, according to Piper Jaffray, this is an envious position to hold. 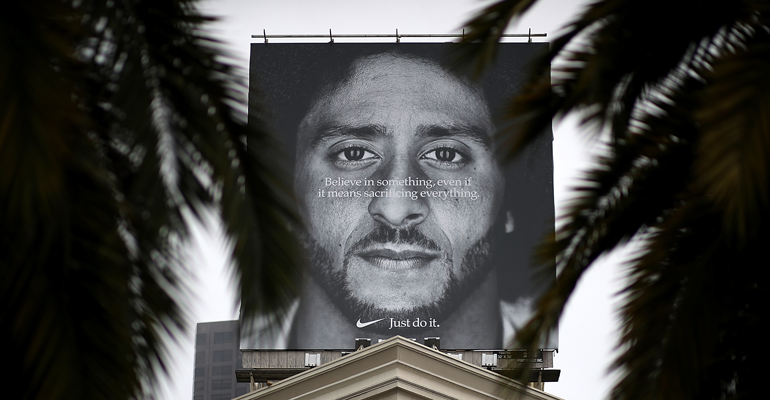 Nike continues to show skill leveraging digital innovation and celebrity endorsements to hype up its product releases. The marketing programming pushes the envelope with younger consumers.

The most recent ad campaign features Colin Kaepernick, the football player known for kneeling during the national anthem in protest of racial injustice. Consumers ages 18 to 21, the youngest consumers surveyed, responded most positively to the Kaepernick commercial, according to research company Morning Consult.