Noodles & Company is a fast-casual restaurant chain specializing in both comfort-food style noodle dishes, particularly mac & cheese, and pasta with a more global influence, such as pad Thai, spicy Korean beef noodles and pesto cavatappi. In recent years it also has introduced Zoodles — gluten-free noodles made entirely out of zucchini — and cauliflower noodles, which blend cauliflower with wheat flour in pasta for a lower-calorie option. CEO Dave Boennighausen, who was promoted from chief financial officer in 2017, has credited those more healthful items with chain’s success during his tenure. Boennighausen has also worked to make the chain’s benefits for employees among the best in the industry.

Noodles & Company was founded in 1995 by Aaron Kennedy in Broomfield, Colo. He remained CEO until he handed the post to Kevin Reddy, a former McDonald’s executive who helped the global burger chain spin off Chipotle Mexican Grill before joining the noodle chain. After some years of renewed success, and an initial public offering in 2013, the chain began to falter and Reddy stepped down and was replaced by Boennighausen. 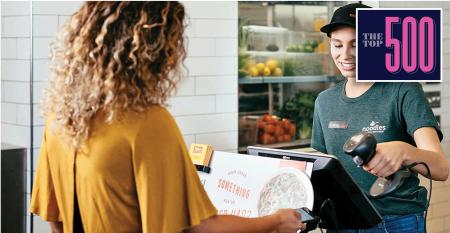 Noodles & Company to raise prices in the second quarter
Feb 24, 2022
The chain also plans a systemwide rollout of lower-calorie LEANguini this year

MenuMasters: Middle Eastern-Mexican mashups and fast-casual vegetable dishes
Feb 17, 2022
Plus a mushroom Reuben, a trending Burmese salad and a cocktail from José Andrés

NRN editors discuss the top stories of the year including IPOs, mergers and acquisitions and 2022 predictions
Dec 17, 2021
Plus, listen to an interview with Nick Graff, senior vice president of culinary for Noodles and Company