Tilman Fertitta’s move into restaurants began in 1980, when he was a partner in the first Landry’s Seafood Restaurant in Katy, Texas. A year later he partnered to open Willie G’s Seafood & Steaks. In 1986, he took control of both and Landry’s Inc. began to grow. In 1993, Fertitta took the company public with 11 restaurants, and he began to acquire brands, vastly growing the company’s portfolio over the next 25 years to include hotels and casinos, and later the sports team the Houston Rockets. Fertitta took the company private again in 2010 in a $1.4 billion leveraged buyout. In 2021, Fertitta’s Landcadia Holdings was tied to a series of publicly traded blank-check companies created for special purpose acquisitions. 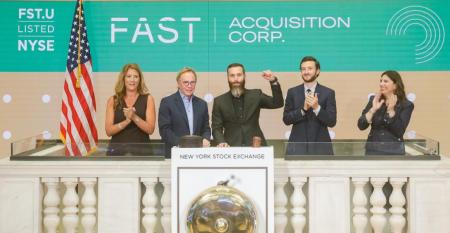 Fertitta to pay up to $33M to terminate Fast SPAC merger plan
Dec 13, 2021
Part of settlement is contingent on whether acquisition company closes a transaction