Founded in 1954 by husband-and-wife team Tommy and Lucille Day in Tulsa Oklahoma, Daylight Donuts was just the back of the Day’s car where they sold donuts in the afternoons. Their donuts became known because it was a new recipe developed by the Day’s and they decided to call it "Daylight Donuts Flour Co.”

That same year, a friend of the Days opened a bakery and sold the donuts. It was later turned into a Daylight Donuts, making it retroactively the first unit.

In 1977, the Days sold the business, and it was sold again in 2002 to its current owners, John and Sheila Bond. John Bond remains the company CEO to this day.

There are no corporate units of Daylight Donuts and each franchise unit is independently owned and operated.

Number of US Locations: 418 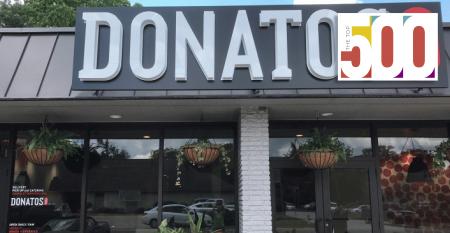 2021 Top 500 countdown: Restaurants ranked No. 150 – No. 101
Jul 14, 2021
Every year, Nation’s Restaurant News ranks the largest restaurant chains in the United States by domestic systemwide sales and other...