Chipotle Mexican Grill is credited for creating the fast-casual restaurant model of high-quality, customizable food assembled in front of guests. It was founded in Denver in 1993 by Steve Ells, a Culinary Institute of America graduated who interned at San Francisco fine-dining landmark Stars after graduation. Chipotle’s signature burritos are based on the Mission-style burritos of San Francisco that Ells came to appreciate during that time.

During its ownership by McDonald’s, Chipotle began sourcing its pork from Niman Ranch and developed the chain’s “Food with Integrity” approach to sourcing.

The chain enjoyed rapid growth until 2015, when a series of e. coli outbreaks damaged its reputation and caused a rapid decline in sales. Ells stepped down as CEO in 2017, although he remained executive chairman until March 2020, and was replaced by former Taco Bell CEO Brian Niccol, who moved the chain’s headquarters from Denver to Newport Beach, Calif., and helped return it to growth with investments in digital technology and menu innovation. 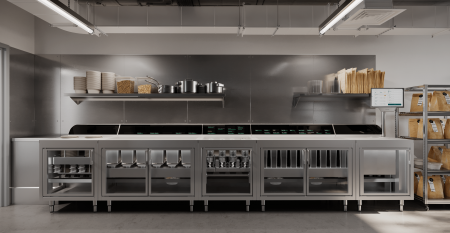 Chipotle permanently closes first store that filed for unionization
Jul 19, 2022
The Chipotle location in Augusta, Maine, that was supposed to hold a union election soon abruptly closed due to...

Workers at Michigan Chipotle Mexican Grill petition to organize union in affiliation with Teamsters
Jul 11, 2022
Move follows effort in Maine to organize there in June

The restaurant industry union movement is gaining momentum: Here’s what to expect
Jul 01, 2022
As 170+ Starbucks stores unionize and now a Chipotle location is organizing, we spoke with attorneys on both sides about the current labor movement and where it is headed

Chipotle accepts cryptocurrency through Flexa
Jun 02, 2022
Bitcoin and other digital currencies can be used as payment using enabled apps that convert currency

Why restaurant operators should reserve a spot in the metaverse
May 23, 2022
The metaverse is and will be the next generation of social media, the new home of the digital loyalty program and a massive...

Is thigh demand leaner than anticipated at restaurants?
May 06, 2022
Smaller chains struggle to find a place for chicken thighs, despite their popularity at Wingstop and Chipotle

Chipotle Mexican Grill increased menu prices — again — but still has pricing power, CEO says
Apr 27, 2022
The 4% price hike on average helped offset food costs that are expected to remain high, but stable, through the end of 2022