Bojangles’ Famous Chicken ‘n Biscuits was founded in 1977 in Charlotte, N.C., by Jack Fulk and Richard Thomas. The name was inspired by the Jerry Jeff Walker song “Mr. Bojangles.” The concept is known for its hand-breaded, bone-in fried chicken, Legendary Iced Tea and all-day breakfast, including from-scratch biscuit breakfast sandwiches

The first franchised location opened a year later and, by 2008, the chain had more than 400 units. In 2015, Bojangles went public, but it was taken private again in 2019 with the acquisition by The Jordan Co. LP and Durational Capital Management LP.

In 2020, the company officially dropped the apostrophe from the name and introduced its first celebrity advertising voice: NASCAR legend Dale Earnhardt Jr., who deployed the catch phrase “It’s Bo Time.” 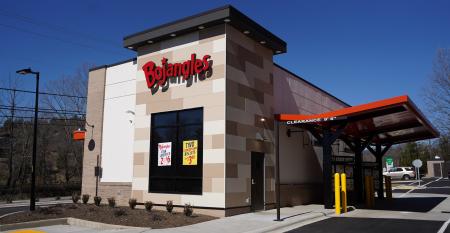 Here’s why ‘let the food speak for itself’ is a winning strategy for Bojangles
Sep 14, 2021
Bojangles chief growth officer Jose Costa on how quality food is the backbone of franchisees’ success