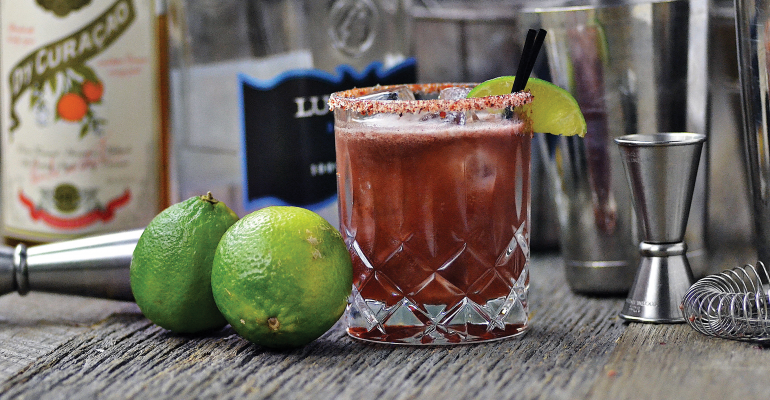 Beyond omelets and Bloody Marys

Brunch has always been a multitude of things. Its very name is a mashup, of course, and it is known for marrying the best elements of breakfast, lunch and dinner into a singular eating and drinking experience.

But today’s brunch menus are becoming even more creative and complex as chefs bring in new flavors, textures and techniques to stand out in a crowded market. Traditional fare like omelets, Benedicts, bacon, sausage, pancakes and waffles remain enduring favorites, but less common ingredients and items are popping up at brunch as well — think Korean fried chicken on a biscuit, ahi tuna steak and eggs, and bourbon and cold brew cocktails.

Over the past decade, brunch culture has flourished at Hub 51, one of the concepts from Lettuce Entertain You Enterprises in Chicago. Jerrod Melman, executive partner of LEYE, co-founded the American-menu eatery in 2008 with his siblings R.J. and Molly Melman, president and executive partner of the company, respectively.

“We wanted brunch to be an extension of what was going on in the restaurant at night,” Jerrod Melman said. “We wanted it to feel like a party. We wanted people to come to eat, drink and have a good time.”

“Over the years, we have seen people gravitate towards going out during the day even more than at night,” he added. “The desire to go out at three in the morning seems to be lessening, perhaps replaced by going out at two in the afternoon.”

Familiar breakfast favorites have proven to be a solid foundation on which to layer new flavors. Bringing in new ingredients — but presenting them on a biscuit or in an omelet — can make them more approachable for guests.

“Anything that we put on a biscuit ends up being the best-seller” at Sunday brunch, said Brandon Carter, executive chef of Farm, a 42-seat restaurant in Bluffton, S.C., that showcases locally sourced, seasonal products in globally inspired ways.

Sunday Brunch & Three at Farm is inspired by the traditional Southern “meat and three” style of eating. Guests choose their own brunch experience by selecting a main course and three side dishes from a list of options.

Offering side dishes in small portions encourages sampling without getting too filled up.

“I always want my fair share of savory items at brunch,” Carter said. “But I also always want one or two bites of something sweet.”

Farm’s menu is in line with one of the big brunch trends, the growth of regional Southern cuisine. Over the past four years, chicken and waffles are up 97%, shrimp and grits are up 21% and biscuits and gravy are up 20%, according to research firm Datassential.

Other twists on classic brunch dishes at Farm include Summer Panzanella with burrata, basil, cucumber, red onion, chiles and sourdough, as well as the Country Ham Biscuit Donut, a savory-sweet offering, is a drop biscuit fried like a donut served with country ham and pepper jelly.

“Brunch is a gateway menu for us,” said Carter. “It’s a way for people to visit at a lower price point and eat food that they are more familiar with. We earn their trust that way and encourage them to come back for dinner.”

“When we were revising brunch, we wondered if we needed more waffles and pancakes,” said Justin Fields, Bonefish director of R&D and corporate executive chef. “But we realized that we don’t want to compete with the restaurants that do brunch items like those day in and day out.”

Instead, Bonefish is leveraging its expertise as a seafood specialist. For example, BFG Tuna Steak and Eggs is a play on traditional steak and eggs featuring ahi tuna with chimichurri sauce, two sunny side up eggs, toast and a side.

“It hooks them with the familiar plus a little added spin,” said Fields.

But bartenders branching out beyond those classic drinks with playful, easy-drinking cocktails that better complement the food.

Hub 51’s whimsical Spiked Coffee & Donuts is a mix of bourbon and cold brew coffee garnished with a mini donut. The Aperol Spritz, sparkling wine with Italian bitter liqueur and club soda, typifies the lower-alcohol libations that are on trend at brunch.

“Certainly, part of the reason that spritzes have been so popular lately is that they are more drinkable,” Melman said.

At Farm, the brunch cocktails, like the food, revolve around local, seasonal products and global inspirations. Take the Strawberry Jam Margarita, which shows off the abundant local strawberry crop. Rather than use a sour mix, managing partner Joshua Heaton gives this margarita a savory and spicy backbone by making a sour strawberry-oregano-chile jam.

The brunch menu at Shaker & Spear, a coastal seafood restaurant in the Kimpton Palladian Hotel in Seattle, balances indulgent dishes with lighter fare and sweet offerings with savory ones.

“The inspiring part for me is playing with healthier ingredients,” said executive chef Carolynn Spence.  “Even though I sell twice as many Dungeness Crab Cake Benedicts as anything else, all of a sudden sales of my Avocado, Egg, Beet, Quinoa & Kale Bowl are going through the roof.”

The Sausage Waffle, cooked with batter laced with morsels of breakfast sausage, gives guests sweet and savory in a single item.

“Our inspiration comes from the products we get,” said executive chef/partner Sam Smith. “That drives us more than anything.”

“People spread some labneh on the toast, add some cucumbers and smoked fish and make their own bites,” Smith said. “It’s very interactive.”

Farro and fried eggs with eggplant, black lime yogurt, cilantro and padron peppers also star at brunch. “We like to incorporate whole grains as much as possible,” Smith said.

The next generation of brunch

College and university students are often big fans of brunch, and their habits offer a look at the next wave of trends.

At the University of Colorado Boulder, it is served on weekdays as well as weekends. During ski season, collegians have been known to sneak in a few downhill runs before class.

“Sometimes they ski and come back by noon, which is the perfect brunch time,” said Billy Kardys, senior executive chef of Campus Dining Services.

“In fact, breakfast tacos are getting more popular than breakfast burritos because they can be customized with more flavor options,” Kardys said. Students also like chilaquiles, a dish of tortilla chips simmered in salsa topped with eggs, he added, and one campus recipe even swaps homemade potato chips for the tortillas.

“We have also had huge success with ramen for brunch,” said Kardys, pairing the noodles with poached egg and pork belly.

“There are always those students who sleep late and look for the omelet bar or the huevos rancheros to start their day,” said Rob Landolphi, assistant director of culinary development for UConn Department of Dining Services.

Landolphi notes that students are less interested in traditional carved meats like roast turkey and ham and increasingly interested in global cuisines at brunch. An example is papas, a skillet of Mexican-style potatoes and chorizo topped with fried eggs.