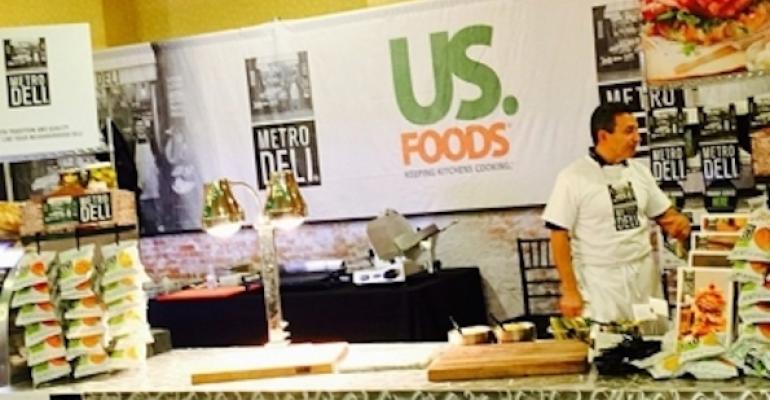 US Foods sees an IPO in its future

US Foods’ life following the death of its merger deal with Sysco apparently involves an IPO.

The Rosemont, Ill.-based broadline distributor apparently said during a sales conference last week that its parent company, USF Holding Corp., is planning an IPO some time in the next 12 to 18 months, according to a recent SEC filing.

When the company goes public will “depend on market conditions.” If and when US Foods does go public, it would be the second recent IPO of a broadline distributor, following the offering earlier this month of Performance Food Group.

An IPO could be a logical method for the distributor to raise funds to pay off debt while enabling its private equity owners to exit the business.

US Foods’ owners, Clayton, Dubilier & Rice and KKR & Co., had been looking to sell in 2013 and agreed to a deal merging the company with larger rival Sysco that December. A year and a half later that deal died amid federal opposition, and many observers have since wondered what US Foods would do next.

US Foods has $4.7 billion in long-term debt, and the company reports quarterly losses due largely to interest payments on that debt. That makes it less likely another broadline distributor like say, Performance Food Group, would be able to buy the company.

US Foods didn’t respond to a request for comment on Thursday.

In July, the company named Pietro Satriano its new CEO. In August, the company said it would return to a “more active stance” on mergers and acquisitions. More recently, the company sued PFG and a pair of its former sales representatives over a confidentiality breach. The sales reps left US Foods while the merger was in limbo and, allegedly, took company data with them and used it to target the company’s customers.