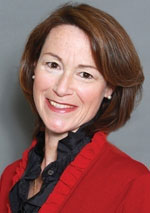 Proving the theory that the bigger the chain, the stranger the news, two Starbucks locations recently discovered hidden cameras in the ladies’ restroom that apparently were used to spy on customers using the toilet.

The first case was reported in Glendora, Calif., where a video camera was disguised as a coat hook. A 25-year-old man was arrested in late May after police reportedly found video of at least 45 victims on his laptop.

A second incident was reported in Florida last week, where a tiny spy cam was attached to a pipe under the restroom sink. The suspect in that case later committed suicide, according to news reports.

Alan Hilowitz, a spokesman for Starbucks Corp. in Seattle, said the incidents prompted the company to issue a reminder to all units of the importance of regular procedural checks for cleanliness or anything unusual. In both incidents, he noted, the cameras were found by employees in the course of their check-up duties. “We do know those procedures work,” he said.

The employees handled everything correctly, he added, including immediately calling in law enforcement.

Hilowitz declined to speculate on why there were two hidden camera incidents in a matter of weeks.

This sort of thing may be happening in all sorts of public restroom situations, he said, not just at Starbucks.

“We’re a big brand,” said Hilowitz. “When things like this get out, people cover it.”