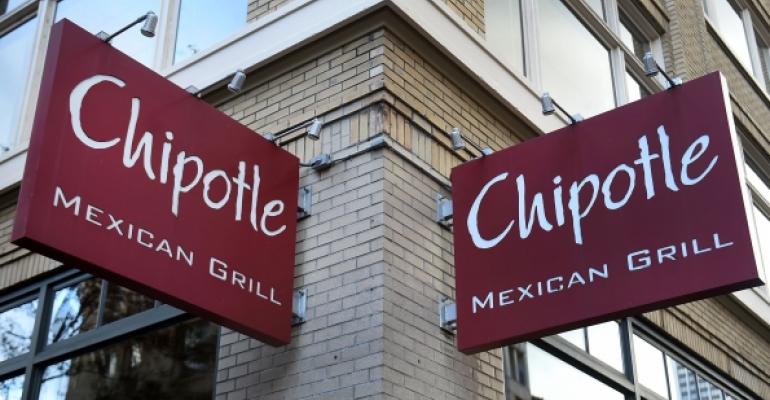 What is Chipotle Mexican Grill thinking?

News this week that Chipotle has filed to trademark the phrase “better burger” was greeted with an awful lot of skepticism.

To wit: Shelly Banjo of Bloomberg told Chipotle to “stick to burritos.”

Maxim Group analyst Stephen Anderson was somewhat less skeptical. In a note yesterday, he called the idea of Chipotle starting its own better burger concept to be “the right idea, but the wrong time.”

Anderson, to be more specific, said the case could be made there is room for Chipotle’s entry into the market, but that the company has to return its core company back to health first.

It’s certainly not out of the realm of reason for a well-established restaurant chain to toy around with potential growth concepts. Buffalo Wild Wings, for instance, has invested in upstarts R Taco and PizzaRev in recent years. Chipotle itself started the Asian concept ShopHouse Southeast Asian Kitchen, and then invested in pizza concept Pizzeria Locale.

The burger business might be the restaurant industry’s toughest market to crack at this point. It’s certainly tougher than either tacos or pizza, given the presence of so many "better burger" chains like Five Guys, Smashburger, Shake Shack and The Habit Burger Grill.

There are also established casual-dining concepts, like Red Robin, and legacy chains, like Jack in the Box, and a certain concept out of Oak Brook, Ill., that is marked by large golden arches and really wants to start selling customized burgers.

That doesn’t mean that another competitor couldn’t come in and differentiate itself enough to grab market share. But Chipotle has its own issues to fix before it can ponder another brand.

Chipotle’s same-store sales are expected to fall anywhere from 25 percent to 30 percent in the first quarter and, by all measures, customer reaction to its food safety worries has been unlike anything we’ve ever seen.

“With concerns about food safety remaining in the forefront, particularly in light of recent E. coli and norovirus outbreaks, as well as the specter of a negative ruling from an ongoing probe into [Chipotle’s] activities in 2015, we contend that now is not the appropriate time for Chipotle to introduce its new better burger concept,” Anderson wrote.

From Chipotle’s standpoint, the chain has long said that it could expand its model into other types of food, thus the Asian and pizza concepts. And it certainly has the cash to help fund a new concept. Yet there is something to be said for a chain needing to focus on its suddenly struggling core concept to avoid the distraction of something like this. And selling burgers isn’t as easy as it sounds.