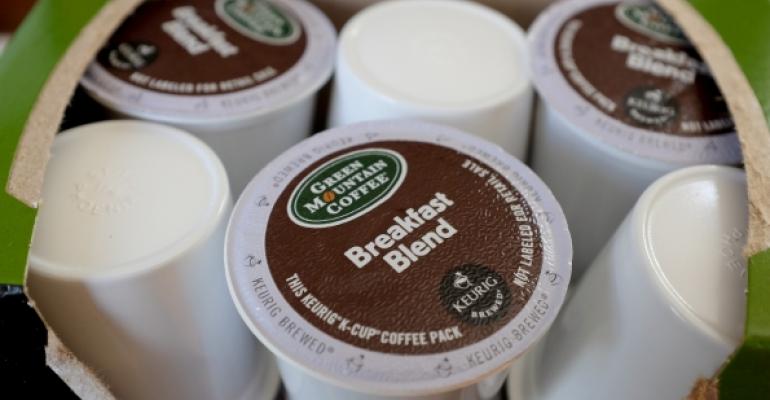 The deal was announced on Monday. JAB and other investors will pay $92 per share for Keurig, a hefty 77.9-percent premium over the company’s closing share price on Friday. The deal in total will be valued at $13.9 billion.

It also adds to JAB’s suddenly massive collection of coffee concepts, both big and small.

In just three years, JAB has turned into a major force in the global coffee business, buying both coffee makers and coffee retailers.

It owns several other companies, including a pair of European coffee concepts. And it is part of a group that owns a majority stake in international coffee company Jacobs Douwe Egberts. Investors in that deal, which include food company Mondelez International, participated in the Keurig buyout.

Keurig is by far the biggest of those acquisitions, with a dominant position in the single-serve coffee market. Several restaurant chains sell coffee that can be used in Keurig machines, including Starbucks and McDonald’s Corp.

But there have been signs that demand for those single-serve makers had been waning. Revenues in Keurig’s 2015 fiscal year, which ended Sept. 26, fell 4 percent. And it was particularly notable in the fourth quarter, when revenues fell 13 percent. Net income for the company fell 33 percent.

Many investors have been betting on a continued decline in that market. Nearly 13 percent of the stock that investors held was shorted, which means that a large percentage of investors believe that the stock would fall. The purchase at a 78 percent premium, of course, means those investors bet wrong.

The deal doesn’t appear as it would impact Keurig’s deals with those restaurant chains. The company will be privately held and will keep its headquarters in Waterbury, Vt.

“Keurig Green Mountain represents a major step forward in the creation of our global coffee platform,” Bart Becht, JAB’s chairman, said in a statement. “It is a fantastic company that uniquely brings together premium coffee brands and new dispensing technologies like the famous Keurig single serve machine. Keurig Green Mountain will operate as an independent entity to ensure it will further build on its coffee and technology strength and continue to serve all its partners to the best of its abilities.”

The deal also has the support of Keurig’s largest shareholder: The Coca-Cola Company.

“We have enjoyed a strong partnership with Keurig Green Mountain and will continue our collaboration with JAB in order to capitalize on the growth opportunities in the single-serve, pod-based segment of the cold beverage industry,” Coca-Cola CEO Muhtar Kent said in a statement. “We look forward to working with JAB, an experienced operator with a successful track record of investing in and growing consumer companies.”