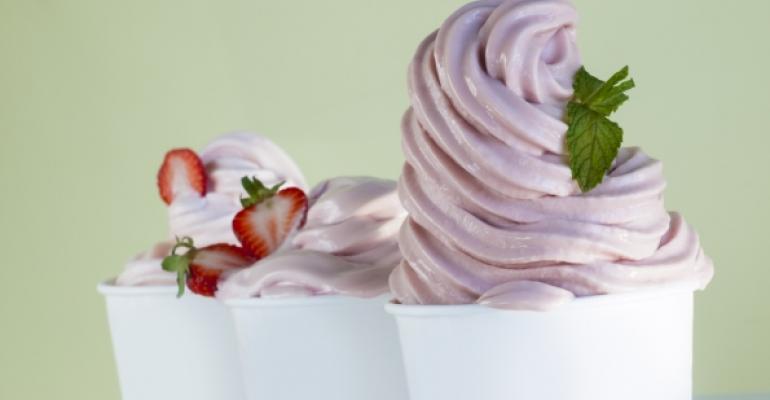 Frozen yogurt exploded into public consciousness in the 1980s and continued into the 1990s before suddenly fading into oblivion.

Not surprisingly, people have been predicting a similar outcome for the latest frozen yogurt boom almost from the day that Shelly Hwang and Young Lee kicked it off with the opening of Pinkberry in 2005.

That shakeout has started. Pinkberry, still the most well known name in the sector, this week was sold to brand collecting company Kahala Brands. Sales at Pinkberry and other frozen yogurt concepts have been falling, meanwhile, and there are more, albeit sporadic, reports of store closures.

But a shakeout doesn’t mean that consumers are losing their taste for frozen yogurt. In this case, it means that entirely too many entrepreneurs decided to create their own chains, leading to a rapid oversupply in many markets — particularly in colder Midwestern states where yogurt is less popular.

The Second Great Frozen Yogurt Boom was even boomier than the first. After Pinkberry became a hot concept when Hollywood stars gushed about the tart froyo topped with fruit or granola, copycats and other concepts started emerging.

Entrepreneurs soon realized that they could make the model work better financially by making the treats self-serve — which also worked to shield the concepts from complaints over high prices because consumers perceive that they are the ones causing the high prices by serving themselves too much yogurt.

At the frozen yogurt sector’s peak, people were creating concepts by the dozens. Frozen yogurt companies were holding seminars teaching people how to start their own brand.

Shops are simple to run and base costs are low, enabling them to survive on small volumes. Labor costs are roughly 20 percent while cost of goods sold can run less than 30 percent, both of which are low in the restaurant industry. But that lowered the barrier to entry in the industry and enabled a ton of entrants to get in on the action.

When so many entrepreneurs jump in on the latest food fad, it threatens to overwhelm consumers with choices while quickening the fad’s ultimate fade. And frozen yogurt isn’t so much a staple, like coffee or regular meals. It’s a treat that people may or may not decide to consumer. That automatically reduces demand.

At the same time, franchising enabled many of these companies to expand remarkably fast as they all jockeyed for position. So many markets found themselves flooded with this trend awfully fast.

So it’s hardly a surprise to see sales declines at some chains. Pinkberry’s average unit volumes declined 16.2 percent in 2014 due in part to traffic declines from increased competition, according to the company’s franchise disclosure document.

I remain convinced that the frozen yogurt sector can thrive over the long term, especially after brands consolidate and the business matures. And to understand why, just go to your nearest grocery store.

According to federal statistics dating back to the first frozen yogurt boom, production of frozen yogurt peaked in 1995 at 152.1 million gallons. It fell by two-thirds over the next nine years.

But production of regular, non-frozen yogurt, which enjoyed a similar boom in the 1990s, continued to grow, actually increasing by two-thirds over that same time period. Supermarket shelves now devote entire shelves to yogurt, which comes in dozens of flavors and varieties aimed at all ages.

In other words: People still like yogurt. And many brands still work well in places like California where the weather is favorable and people like yogurt. As long as the chains can survive the shakeout, the customers should be there.