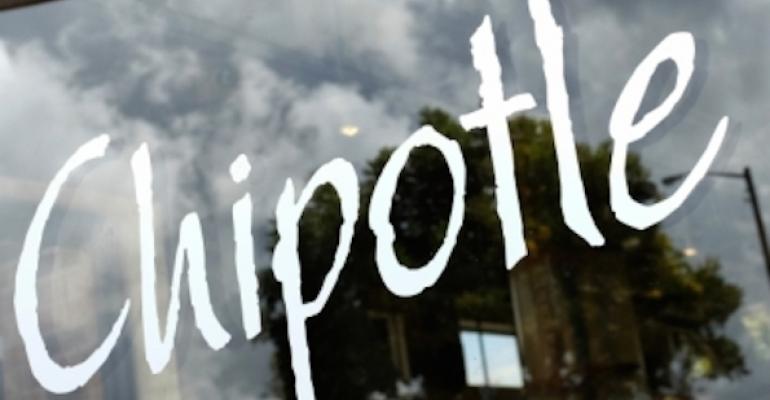 This post is part of the On the Margin blog

The dual CEOs at Chipotle Mexican Grill Inc. have received pay in recent years that bests even some of the biggest financial firms on Wall Street — fueling complaints from shareholders and critics of oversized executive bonuses.

But the problems at the Denver-based burrito chain last year helped bring that pay down to Earth, at least relatively.

Both Steve Ells and Monty Moran saw their pay in 2015 cut by more than half, thanks largely to the end-of-year freefall in the chain’s performance.

Both CEOs actually received raises in their base salary, with Ells getting $1.5 million, up from $1.4 million, and Moran receiving $1.3 million, up from $1.2 million. Their compensation also includes contributions for things like retirement plans and company car costs. 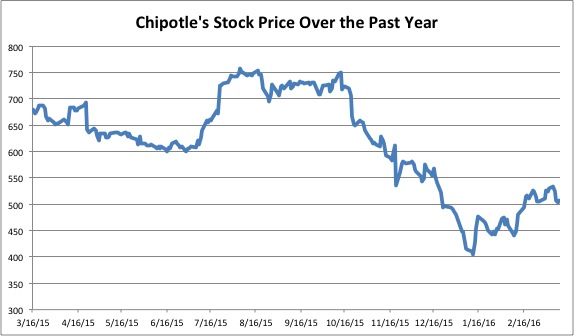 Neither executive received the option awards in 2015 that in past years led to the executives’ sizable paychecks — both Ells and Moran received nearly $24 million in such awards in 2014.

The lack of option awards this time was a direct result of performance issues brought on by a series of foodborne illness outbreaks at multiple locations in many states over a three-month period last year. That resulted in a significant drop in traffic and same-store sales, as well as company income — and along with it, Chipotle’s stock price.

“As a result of the food-borne illness incidents that negatively impacted our results beginning in the fourth quarter of 2015, our results fell significantly short of our performance target, resulting in no bonuses paid to the executive officers” under the company’s annual incentive plan, the company said in an SEC filing.

But the executives did receive stock awards this year, both totaling just more than $12 million.

The company did make changes to its compensation plan following a 2014 say-on-pay vote in which the vast majority of shareholders voted against the pay of the two CEOs.

After speaking with shareholders, the company introduced stock incentives that are based on shareholder return.

The company was concerned that using that low price as the basis for future awards “could create a misalignment of shareholder returns and executive officer compensation.”

In other words, basing it on those low metrics could enable the executives to receive high pay even if they don’t restore the value lost at the end of last year.

Instead, awards in 2016 will be based on “highly challenging” stock price performance goals over a three-year period beginning Feb. 3, 2016. And to get awards, the stock has to return to the $700 threshold for at least 30 straight days.

“Chipotle has undertaken a broad array of initiatives to address the issues that led to the stock price decline in 2015,” the company said. The performance awards “will continue to motivate our executive officers to ensure the successful implementation of these initiatives, thereby rebuilding customer confidence in the Chipotle brand. If that happens, we believe improved business results and stock price performance will follow.”

Correction: March 17, 2016  An earlier version of this blog misstated Monty Moran's first name. It has been updated.