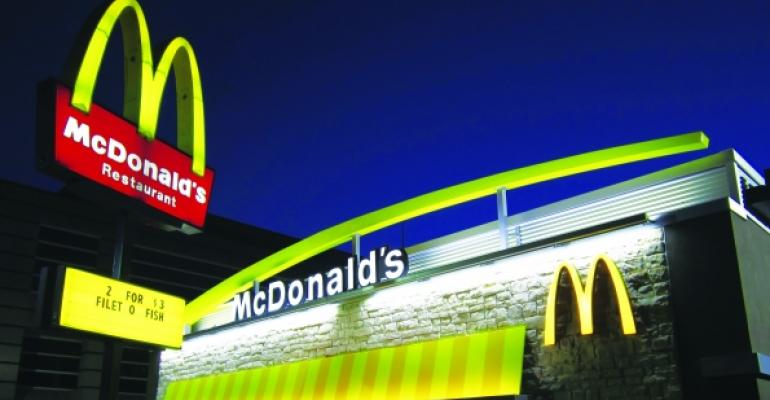 This week, McDonald’s Corp. announced plans to give premium another shot, with a line of third-pound sirloin burgers for a limited time, at a price point of about $5.

The item is being introduced just two years after the Oak Brook, Ill.-based burger chain killed its third-pound Angus Burger line, a premium product that lasted all of four years.

Indeed, McDonald’s has long struggled with the premium market. Angus was the latest in a long line of failed premium products dating back at least to the 1980s. There was the Arch Deluxe in the mid-1990s, and before that the McDLT.

The difference this time is that the burger line will be a limited time offer, not a permanent menu item. The burgers will include a Steakhouse burger with sautéed mushrooms and grilled onions, a Bacon and Cheese burger, and a Lettuce and Tomato burger. Each will have white cheddar cheese. All will boast “real and fresh ingredients.”

The line is only the latest indication that McDonald’s is working hard to shed its image as a place for cheap eats and is instead an option for those who want better fare. The chain brought back Chicken Selects this month — another item that had been cut during the company’s 2013 menu purge. It is testing Mini Bundt cakes that are made on site.

Its regional structure is also giving way to interesting products such as the Spirit of Kentucky Burger with bourbon sauce, and the Filet O Fish seasoned with Old Bay seasoning in Maryland and Virginia. And according to Janney Analyst Mark Kalinowski the company is working on artisan grilled chicken.

“We know that customers care about their food,” McDonald’s spokeswoman Lisa McComb said in a statement this week. “And more than ever, consumers want to feel good about what they eat.”

That might be more important today, certainly, than it was even two years ago when the chain got rid of the Angus line.

One potential theory: As the economy has improved, consumers’ expectations of their restaurants have grown. And so they perhaps aren’t demanding the cheap eats they once did. Indeed, according to AlixPartners, customers’ demand for coupons and discounts has dramatically decreased since 2012.

All that said, the economy has been strong before and it wasn’t enough to generate sales of premium items to keep them on McDonald’s menu. And the premium burger space is rather full right now. Indeed, the $5 price point is awful close to fast-casual burger concepts such as Smashburger and Five Guys.