Alabama: “Limited capacity” in restaurants until Oct. 2 and Gov. Kay Ivey has extended the state of emergency until Nov. 8. As of July 16, every resident has been required to wear masks in public. No limit on public gatherings but attendants must be at least six feet apart at all times. Retail spaces are limited to 50% occupancy. Tables at restaurants may not exceed parties of eight.

Alaska: Businesses opened to 100% capacity on May 22 including houses of worship and restaurants according to a May 19 proclamation from Gov. Mike Dunleavy. Self-serve buffets are allowed to remain self-serve.

Arizona: As of Oct. 1, every county in Arizona qualified for reopening, meaning bars and movie theaters could reopen, in addition to gyms, which had been closed since July 27. Capacity restrictions apply.

Arkansas: On June 15, the state entered Phase 2. For restaurants and bars, that means indoor dining capacity is expanded to 66% total occupancy. Groups of more than 10 people are still prohibited.

California: The state is opening on a county-by-county basis. San Francisco opened at 25% capacity on Sept. 30.

Gov. Newsom released a color-coded chart for reopening throughout the state meaning, that when counties achieved the percent positive case numbers, they were allowed to open dining at 25% capacity but cities, like San Francisco who could have opened Aug. 31, have decided to delay re-opening still. For a more detailed county-by-county reopening guide for California’s restaurants, click here.

Colorado: Gov. Jared Polis announced the state would resume indoor dining at 50% capacity beginning May 27 but bars that only serve alcohol will remain closed and restaurants serving alcohol must cease at 10 p.m. each night.

Delaware: Restaurants must operate at 60% capacity in Phase 2 of Delaware’s reopening which it entered on June 15. Booths must be spaces six feet apart, tables with freestanding chairs eight feet apart and patrons are not allowed to stand at the bar indoors at restaurants. Paper menus are also required by law and self-serve or buffets may not reopen.

District of Columbia: Mayor Muriel Bowser moved the city to Phase 2 on June 22. Restaurants are limited to tables of six or less, 50% capacity for indoors, no standing in the bar area and restaurants must keep all dining records for at least 30 days.

Florida: On Sept. 25, Gov. DeSantis lifted all remaining restrictions on restaurants and cities.

Georgia: On June 16, Gov. Brian Kemp signed an executive order that allowed restaurants to operate at 100% capacity with no party maximum while bars can have up to 50 people inside.

Atlanta has set Sept. 24 as the target for Phase 3 reopening but there has been no update from Mayor Keisha Lance Bottoms. Georgia’s largest city entered Phase 2 in early September.

Hawaii: The state is in Phase 2 out of a four-phase plan. State officials didn’t release capacity restrictions for restaurants, but a Sept. 22 emergency order outlined the reopening guidelines. Restaurants can reopen at 50% capacity and tables of more than five people from the same household are forbidden. Diners must make reservations and provide contact information.

Idaho: The state entered Phase 4 re-opening on June 13 and has extended orders to remain in Phase 4 throughout the summer. Restaurants and bars can operate at 100% capacity as long as there is enough room to space patrons six feet apart.

Illinois: Gov. JB Pritzker moved the state to Phase 4 on Aug. 25, where it will remain until a vaccine is created, according to the recovery plan from the governor’s office. Restaurants may open at full capacity as long as tables are six feet apart and standing areas inside restaurants must remain at 25% capacity. Will and Kankakee counties have been moved back in reopening due to a rise in cases, closing all indoor dining.

Indiana: On Sept. 26, Indiana plans to move to Phase 5 of reopening across the state. All businesses will resume, and patrons will be required to wear masks outside of their homes, except when eating or drinking.

Iowa: On Oct. 2, Gov. Kim Reynolds announced bars in Johnson and Story counties could reopen after being closed for more than a month after cases surged there in August.

Kansas: Gov. Laura Kelly announced plans to remain in Phase 3 on July 6 across the state where restaurants can resume serving at full capacity, so long as tables remain six feet apart.

Kentucky: Bars were allowed to resume operations on Aug. 11 and both restaurants and bars capacity limits increased from 33% to 50%.

Louisiana: Gov. John Bel Edwards “cautiously” moved the state to Phase 3 on Sept. 11 with plans to re-evaluate on Oct. 9. Restaurants are able to resume serving at 75% capacity with the new phase, but bars remain closed for now. When bars reopen, capacity will be at 25%.

Maine: On Oct. 7, Maine Gov. Janet Mills announced the reopening date for bars would be Nov. 2. On Oct. 13, capacity in restaurants will increase to 50% or 100 people, whichever is lower.

Maryland: Phase 3 began in Maryland on Sept. 5, but various counties have decided not to take the state up on its offer. Restaurants will be allowed to operate at 75% capacity.

Massachusetts: 100% capacity is allowed at restaurants in Phase 3 of Massachusetts’ reopening plan so long as tables are kept six feet apart and bars that don’t serve food remain closed.

Minnesota: Indoor dining is permitted at 50% capacity for restaurants with reservations required as the state entered Phase 3 in June.

Mississippi: Restaurants and bars are limited to 75% capacity indoors.

Missouri: On June 2, the state entered Phase 2, meaning that everything was open at 100% capacity.

Montana: Montana entered Phase 2 on June 1 and hasn’t moved up since then. Restaurants and bars are allowed to operate at 75% capacity.

Nevada: After opening in early May, Nevada had to roll back reopening guidelines, eventually closing all bars. Some have since been reopened in counties that are recovering but bars remain at 50% capacity with tables six feet apart. Clark and Eklo county bars have been cleared for opening as of Sept. 27, Washoe and Pahrump bars opened Sept. 10.

New Hampshire: Restaurant tables must be at least six feet apart with no more than six adults or 10 people in total at each table. Certain counties in New Hampshire must still remain at 50% capacity in restaurants depending on percent positive rate while most are allowed to operate at 100%.

New Jersey: New Jersey, like New York, has reopened slowly. The state is currently in Phase 2 which is 25% capacity at indoor dining and tables are allowed a maximum of eight people.

New Mexico: Bars across the state that derived more than 50% of revenue through alcohol sales remain closed across the state, however restaurants can reopen at 25% capacity for indoor dining, as can breweries, the state announced on Aug. 29. Outdoor dining is allowed to increase to 75% capacity.

However, in early October, Gov. Cuomo tightened restrictions on 20 NYC ZIP codes in Queens and Brooklyn as percent-positive numbers rose to around 5%. Restaurants in these zones will be limited to takeout and delivery for at least two weeks.

NYC Mayor Bill DeBlasio announced on a NYC radio show that outdoor dining initiatives in the city would become permanently legal on Sept. 25.

Starting Oct. 2, Gov. Cooper announced restaurants will be able to move to 75% capacity as long as the percent positive rate remains stable or lowers according to MyFox8. Currently, the state of North Carolina is at Phase 2.5 where 50% indoor seating is allowed at restaurants. Bars remain closed through Phase 3.

North Dakota: Health metrics determine the rate at which businesses can return to operations. About half of restaurants are at 50% capacity while the other half is at 75% and a smattering of counties are able to fully open. For more detailed information click here.

Ohio: On Sept. 23, the state’s health director released reopening guidelines that allowed restaurants and bars to reopen at full capacity so long as they allow for six feet of space between tables.

Oregon: The majority of Oregon’s counties are in Phase 2 while a few remain in Phase 1 because of a high percentage of positive cases. In Phase 2, restaurants are not allowed to have more than 100 people, including staff, indoors and the capacity cannot exceed 250 between indoor and outdoor spaces. Tables must be kept six feet apart.

Pennsylvania: On Sept. 21, restaurants were allowed to increase from 25% capacity to 50% capacity across the state. However, restaurants with alcohol sales must stop serving at 10 p.m.

Rhode Island: Rhode Island has been in Phase 2 since late May, which has meant restaurants are only allowed 50% capacity with a limit of 8 people per table.

South Carolina: Restaurants and bars cannot exceed 50% capacity across the state and on-premise alcohol sales must stop at 11 p.m.

South Dakota: Indoor dining is fully open in the state by orders of the governor, though many counties are deciding their own rules.

Tennessee: Bars remain closed, but restaurants are open at full capacity as long as patrons are kept six feet apart. Bar and counter service are not allowed at this time.

On Sept. 21, Gov. Abbott announced Texas would be allowing restaurants to reopen at 75% capacity but would keep bars closed.

Utah: Tables must be six feet apart but there are no restaurant capacity restrictions. Restaurants are advised to use “extreme caution” with indoor dining in places of moderate infection risk.

Vermont: Bars were allowed to reopen on Sept. 18 so long as there are dividers between the patron and the bar, and each group is six feet apart. Restaurants will remain at 50% capacity.

Virginia: Restaurants are allowed to operate at full capacity, however they must ensure tables are six feet apart. Bars inside restaurants may not reopen and patrons may not congregate around the bar.

Washington: On Oct. 6, Gov. Jay Inslee announced that liquor cutoff would be changed from 10 p.m. to 11 p.m. and table size limits could increase from 5 to 6 people from the same household.

Restaurants remain at 50% capacity and, according to the state’s plan, will remain that way until there is a vaccine or solution.

West Virginia: As of July 24, restaurants have been allowed to operate at 50% capacity. There is no guidance from the state on any further measures.

Wisconsin: Gov. Tony Evers placed a 25% cap on dine in restrictions at the beginning of Oct. as cses in Wisconsin rose to new records. A judge blocked the order less than two weeks later after a group of bar owners sued.

After restrictions were put in place by the governor at the beginning of the pandemic, the state Supreme Court struck them down meaning that businesses had to navigate safety measures on their own. Local orders differ in each county and city.

Wyoming: On Sept. 30, restaurants are expected to increase seating, but the number hasn’t yet been released. As of now, tables are allowed to have six people. There is no capacity restriction at restaurants now but tables must be six feet apart. 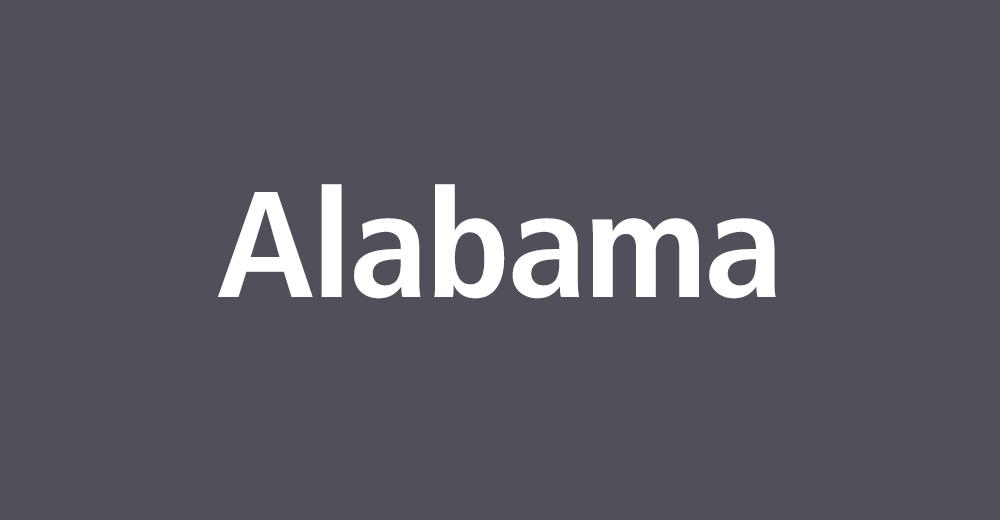