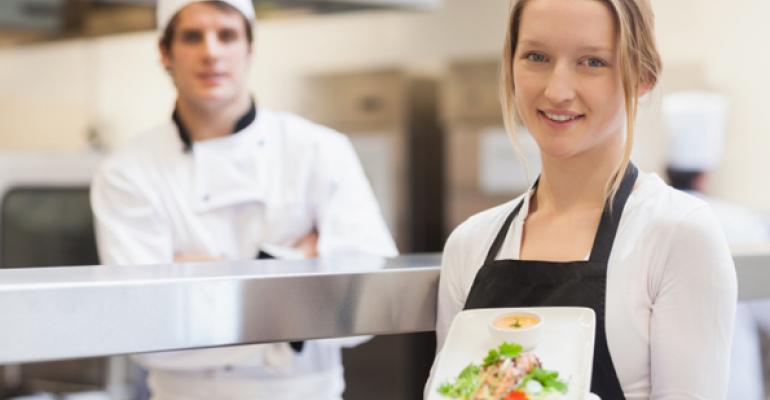 A federal judge issued a summary judgment on Thursday in a lawsuit challenging the labor department’s authority in dramatically expanding who is eligible for overtime compensation. The decision invalidated a proposed rule that would have raised the salary threshold for overtime exemption from $455 per week to $913 per week, which would have impacted 4.2 million American workers.

While the decision may seem like a victory for employers, who argued the salary threshold for the proposed rule was too high, attorneys warned that the issue is far from settled.

“We see this as another nail in the coffin, but not necessarily the final nail in the coffin,” said attorney Richard Meneghello, a partner at the law firm Fisher Phillips in Portland, Ore. “The salary threshold will probably change, but we don’t know yet what it will be.”

The labor department has already begun the process of reworking the overtime rule, and the agency is taking public comments through Sept. 25.

Labor secretary Alexander Acosta has indicated that the $913-per-week salary threshold proposed under President Obama was too high, but he agreed that the salary threshold should be increased, said Steve Pockrass, a wage-and-hour specialist at the law firm Ogletree, Deakins, Nash, Smoak & Stewart in Indianapolis.

The decision this week in effect benefits the labor department under President Donald Trump because it allows the agency to move forward with rewriting the rules, Pockrass said.

In the ruling Thursday, U.S. District Court Judge Amos Mazzant III said the Obama-era rule relied too heavily on salary, and didn’t adequately consider job duties in determining who’s eligible for overtime. Mazzant did not comment on the labor department’s authority to use salary as a test for overtime exemption, but he did call the proposed automatic increases in the salary threshold “unlawful.”

So where does that leave employers?

Employers that held off on changing their overtime practices now have another argument to justify their decision, she said.

Those who shifted their overtime policies in anticipation of the Obama-era regulations, which were scheduled to go into effect on Dec. 1, before a down-to-the-wire injunction put a freeze on implementation, should hold off on any reversal, she said.

Reverting back to previous overtime practices would likely cause confusion, administrative problems and, depending on how payroll changes were made, could trigger breach-of-contract claims, Roussell said.

Legally, employers could return to using the $455-per-week salary threshold to determine overtime exemption, “so long as you provided advance notice in accordance with any state law requirements,” Pockrass said.

“But there will be some that have made the changes, and they’ve been in effect long enough now that they will probably just continue on the same path. If they’ve been able to survive financially up to this point, they may feel they’re able to be more competitive.”

But Meneghello said employers need to consider the practical side of a switch to earlier practices.

“From a practical standpoint, I can’t imagine any employer wanting to do that, given the morale issue that would potentially cause,” he said.

Given what’s ahead, employers would be prudent to take a wait-and-see attitude, Meneghello said.

On Tuesday, the DOL also asked a judge in the Fifth Circuit to drop an appeal of the preliminary injunction that prevented the Obama-era overtime rule from going into effect in December. In a brief filing, attorneys argued the appeal was moot, given Mazzant's ruling.

For now, employers should take advantage of the opportunity over the next few weeks to submit their views to the labor department on changing overtime regulations, Pockrass said.

“My hope would be they’re not going to change the duties requirements in any way that is more onerous for employers,” he said. “But knowing what Acosta said about current salary levels being too low, we need to make sure we’re identifying for him what we believe, in our business environment, the appropriate minimum salary requirement might be.”

Sept 4, 2017 update: This story has been updated with new information from the Department of Labor.