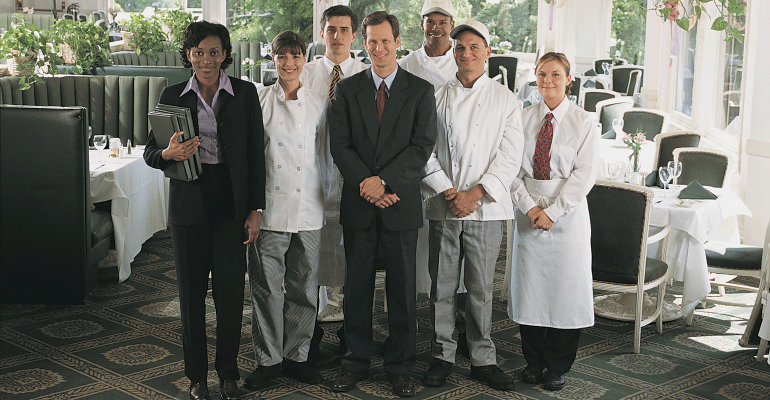 10 ways to prevent sexual harassment at your restaurant

Action by employers can reduce liability

With sexual harassment in the restaurant industry making headlines, it’s more important than ever for employers to take steps to prevent harassment, but also to protect their business if a claim arises, said attorneys at the Restaurant High conference in Washington, D.C., on Thursday.

At the conference hosted by law firm Davis Wright Tremaine, partners Janet Grumer, Aaron Colby and Roy Salins outlined simple practices to prevent harassment, but also to better position an employer to limit damages if a complaint turns into a lawsuit.

Laws establishing employer liability and what constitutes a hostile work environment vary somewhat by state, and employers should keep up with local standards. But under federal law, the standard for sexual harassment is that it has to be unwelcome, it has to impact work and it must be severe or pervasive, Grumer said.

Here are 10 things operators can do to avoid sexual harassment claims and to better defend themselves if such claims occur.

1. Make a respectful workplace part of your company culture.

This means having a clear anti-harassment policy that makes jokes and banter with sexual innuendo off limits, said Grumer, a Davis Wright Tremaine partner in the firm’s Los Angeles office.

“We forget who we are in relation to our employees sometimes,” she said. “We are older and, in many cases, authority figures, and workers tend to be younger. Even if they participate and look like they’re having a good time, that doesn’t mean they welcome it.”

The person who tells the joke may not have meant harm, but, in the event of a claim, it’s more about the impact of the joke on those who hear it.

2. Make it easy to report harassment and potential harassment.

“If you see someone who appears uncomfortable — even if they don’t want to raise a formal complaint — as a company, you’re on notice,” Salins said. “It’s important that there’s an avenue for people to talk about it, and, if necessary, resolve it.”

The law requires you to investigate and promptly take appropriate corrective action. In some states, like California, employers can be penalized for failing to investigate, Colby said.

Investigating every complaint could limit damages against a company in the event of a claim, he said. Circle back to the employee and let them know what you found.

“Calendar a follow up,” Grumer said. “Go back to the employee who complained and say, ‘Hey, it’s been a few weeks since you brought this up. Is everything okay?’”

4. Remove the risk of retaliation.

If a manager has a relationship with someone on staff and the relationship turns sour, the result is often a retaliation claim. Suddenly, a server not being given a weekend night shift is blamed on a breakup.

Adopt a policy that forbids management from dating or hanging out during off-duty hours with non-management personnel.

Retaliation claims have a different standard of proof, and they can cost hundreds of thousands of dollars to defend.

5. Even if you don’t specifically forbid managers from dating staff, make sure managers know they could be personally liable for harassment or retaliation claims.

Juries sometimes make the perpetrators pay along with the company, the attorneys said, which is why managers should not consider the staff their personal dating pool.

“Maybe you think hugs are good for team building or bring people closer, but personal space is a big deal,” Colby said. “Don’t come into physical contact with someone else at work. There’s just no reason.”

This is particularly true in the kitchen, he said.

“There’s already a lot of close contact as it is, and often it’s seen as a safe place where customers can’t see you,” he said.

7. Train your assistant managers before you promote them.

It’s challenging to go from being one of the gang to being the one in charge, Grumer said.

“If you have multiple units, it’s a good idea to transfer the new manager somewhere else,” she said.

8. Add training about inappropriate behavior at work into other meetings or training sessions to make sure preventive practices are institutionalized.

In the event of an incident, if an employee claims the company didn’t do anything to head it off, you can say you did, he said.

9. If you sell alcohol, consider prohibiting employees from drinking at their work location.

Tell managers and supervisors to skip drinks with the staff, or to have one drink and exit — alone — because the employer is liable for a manager’s off-duty conduct with employees.

“It’s tough. You want camaraderie, so workers might go to a bar and start drinking,” Colby said. “But a manager is still a manager. It’s difficult for employers to argue later that this was outside the scope of employment.”

10. Take the couch out of the manager’s office.

“No good ever comes from the couch,” Grumer said.