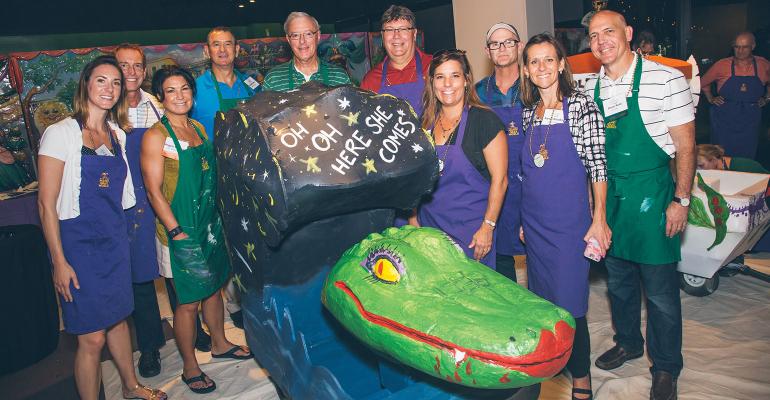 Inside the Food Safety Symposium

Foodservice companies should prepare to deal with more product recalls and increased administrative duties around food safety in the years ahead, according to restaurant food safety experts at the Nation’s Restaurant News Food Safety Symposium, sponsored by Ecolab. There have been significant developments in Whole Genome Sequencing and the Genome Trackr network, according to Ruth Petran, vice president of food safety and public health for Ecolab.

Whole Genome Sequencing is a process for revealing the DNA of an organism for faster and better comparisons of pathogen samples from environments, such as foods or facilities, and people who are ill to find links, if any. The Genome Trakr labs collect, analyze and share Whole Genome Sequencing data in several countries.

Petran said that both the network and advancements in Whole Genome Sequencing are pieces of an emerging collective system the U.S. Centers for Disease Control and Prevention expects “will find more outbreaks and find them when they are smaller.”

Overall, this is a positive change for food safety, with outbreaks caught earlier, but there will be more recalls for the restaurant industry.

2. New FSMA rule: For your information only — for now.

The companion requirement, where operators must respond to suppliers with assurances that they will act to render those foods safe, such as through cooking, was delayed by the FDA until September 2018, said Brent Kobielush, U.S. regulatory affairs officer for supplier Cargill Inc.

Kobielush said Cargill and other interested parties still “fighting the assurance requirement” explained to FDA rule-makers that forcing restaurateurs to reply to the new supplier notices would lead to mountains of documents and significant additional labor hours for virtually no change in the way both parties deal with food safety.

Pending the start of compliance with the restaurant-to-supplier-assurances requirement, if ever, restaurant companies would be wise to determine where the new supplier notices are going in the organization and which department — legal, purchasing, etc. — should manage them, panelists indicated. Ernst argued that operators should not allow their legal departments to “have way too much influence,” as “defending a lawsuit is not an important thing in an outbreak.” Ernst is a veteran defense attorney for food and restaurant companies with the Davis Wright Tremaine law firm.

The attorney underscored that in foodborne-illness outbreaks restaurants are strictly liable to make whole their injured customers, even if the operators were sold contaminated goods. Restaurateurs can “always go up upstream” and sue purveyors of contaminated products, Ernst said, but he warned operators not to combine supplier litigation with the defense of consumer lawsuits, because juries can perceive the supplier litigation to be a ploy to delay proceedings or deflect blame.

Ernst said businesses “should be worried about going to trial” in consumer foodborne-illness cases because the emotions tied to injuries or deaths among outbreak victims means “jury work is messy.”

4. Be quick and thoughtful in public statements on outbreaks.

During a crisis, “you don’t want someone else telling your story,” said Brad Ritter of Brad Ritter Communications. Ritter explained that consumers and media are okay with the company only releasing bits of information as it becomes available. And sometimes a statement or tweet saying that the company is aware of the problem can be enough to address an issue if it carries the messaging of, “we’re aware of it…we are on top if it…or we’re in control.”

Operators should regularly rehearse company crisis response and communication plans down to the unit level, Ritter said, noting the importance of staying in touch with employees, whom he called the “internal customer,” so they know their role in the crisis.

He told operators that if bloggers or social media users are disseminating misinformation about their company’s situation, “Call people out on it, [as] mainstream media will pick up on that.”

5. You probably knew that customers want safe food, but not how they define “safe.”

It’s perhaps unsurprising to many operators that 57 percent of consumers surveyed by the International Food Information Council (IFIC) said that foodborne illness and avoiding it was important to them. But Anthony Flood, IFIC senior director of food safety and defense, said that operators might benefit from also knowing that percentages of consumers with concerns about other perceived safety issues tied to things that might be in food, including chemicals, with 50 percent of consumers expressing concern; pesticide residues, 48 percent; carcinogens, 45 percent; food additives and ingredients, 36 percent; genetically modified organisms; and antibiotics and allergens, 24 percent.

IFIC survey findings relayed by Flood suggest that national restaurant chains need to work on external food-safety communication, as 55 percent of respondents reported they trusted as safe the food from local restaurants, while only 49 percent expressed the same trust in national chains.