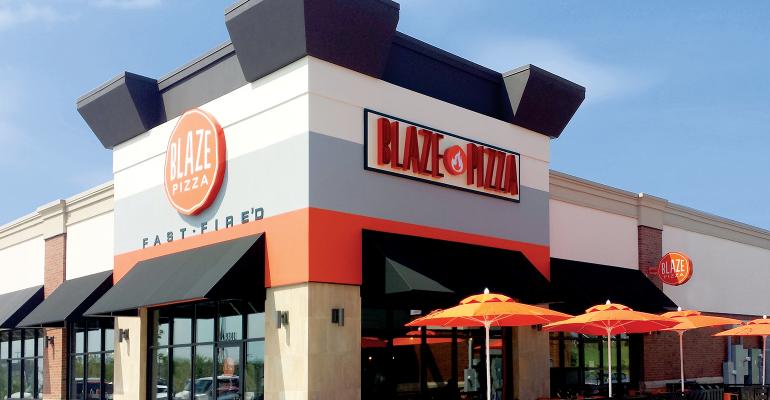 Jim Mizes, president and CEO of the Blaze Fast-Fire’d Pizza brand since May, said Shaw’s background in international development fits the company well as it looks to open more units outside the U.S.

Blaze Pizza has seven restaurants in Canada and plans to open new units in Bahrain, Kuwait and Saudi Arabia over the next 90 days in a development deal with M.H. Alshaya Co.

Shaw said in an interview at the ICR Conference in Orlando, Fla., that she found the culture and the brand of Blaze Pizza attractive.

“The involvement of the chef and the quality are attractive,” Shaw said. “It’s also the team behind it. The founders are still involved and I’m a huge fan.”

In addition to Shaw’s appointment, Blaze Pizza said it had promoted Carolyne Canady to the new role of president for international. Canady previously served as the company’s chief development officer.

In addition, Blaze said it had made three hires:

Blaze Pizza is privately held, and last July drew an investment from the Los Angeles-based Brentwood Associates private-equity group. The brand has 240 restaurants in 35 states and Canada.