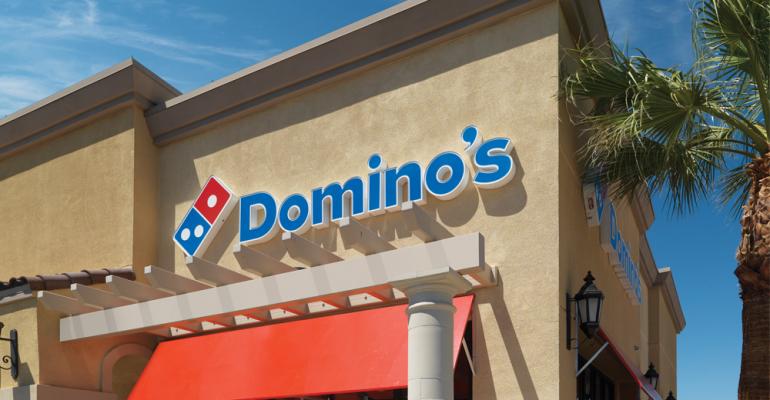 With new fund, Cove Hill looks to find the next Domino’s

This post is part of the On the Margin blog.

It’s safe to say that Andrew Balson knows a thing or two about big restaurant buyouts.

Balson joined Bain Capital in 1996 and was with the private equity firm in 1998 when it engineered a buyout of a chain called Domino’s Pizza Inc. He joined the board and has been a member ever since. “I’ve been hanging around Domino’s for a long, long time,” Balson said. “It’s been one of the great joys of my business career and my life.”

Balson, with Bain, has been involved with some of the biggest buyouts in restaurant industry history, including Burger King, Dunkin’ Brands Inc., and Outback Steakhouse.

He is now taking that experience with his own firm, Cove Hill Partners, which recently received $1 billion in commitments — a sizable amount for a first-time fund.

“I hope to be active in the restaurant category,” said Balson, Cove Hill's managing partner. “There are six different restaurant companies I’ve been involved in. I feel like I’ve learned a lot about the business. I have a real appreciation for it.”

But, while Bain is known for its engineering and its standard, private equity exits, Cove Hill plans to take the long-term view. The firm is looking to make a small number of acquisitions in the consumer and technology spaces that it can hold onto far longer than the typical, five-year private equity horizon.

Typically, private equity firms will buy a chain and then spend years dressing the company so it could be sold at a profit. While this might make them millions, they might be able to make more money by simply holding onto their investments and earning even more money over the long term.

Domino’s, Balson said, “is the poster child for that.”

Bain bought Domino’s from company founder Tom Monaghan in 1998 for $1.1 billion and loaded the company with debt. It sold shares in an IPO in 2004 and subsequently reduced its stake in the company. Bain made a lot of money off of that deal.

Yet Domino’s has engineered one of the greatest comebacks in industry history, going from a near-bankrupt chain with bad pizza to one of the most valuable chains on Wall Street. Domino’s stock has increased 13-fold since that 2004 IPO.

Put it another way, $1,000 of Domino’s stock bought at IPO would be worth $14,000 today. Revenues over the past two years have increased 24 percent. Net income has increased 32 percent. The company’s dividend has more than doubled since 2013.

In other words, Bain and its investors would have made a lot more money simply keeping Domino’s and paying itself regular dividends.

“We work with the company, the team we put together is great, the plan is clear and we take it public, sell the stock, and somebody else gets the benefit of all that hard work,” Balson said. “If I find another company like Domino’s Pizza, why would I want that?”

By the way, Balson has reaped the benefits of that improvement. “I never sold a share of stock,” he said. Given the spectacular performance of that stock over its history, that’s a substantial benefit.

Cove Hill is the latest in a growing number of restaurant industry investors that are taking a more long-term view, rather than a traditional private equity timeline.

With $1 billion, Cove Hill isn’t going to do the massive buyouts Balson worked on during his time at Bain. But the fund can target some sizable companies and is not looking at funding startups.

He said the fund plans to do “concentrated” investments, with about five to eight deals.

“We want companies that are terrific brands,” Balson said. “Brands that resonate with consumers, companies that have economic models, store economics that are strong. If they’re a franchisor, where franchisees make real money and get great returns.”

The long-term view also removes some of the pressure on the firm and company management to get a company ready for a sale. The concentrated portfolio will also enable the fund to get engaged in the businesses to help them succeed.

“We won’t have that many of them,” Balson said.

He added that the fund hopes to have “a little of both” consumer and technology companies. “It depends on what presents itself,” he said.

Jonathan Maze, Nation’s Restaurant News senior financial editor, does not directly own stock or interest in a restaurant company.