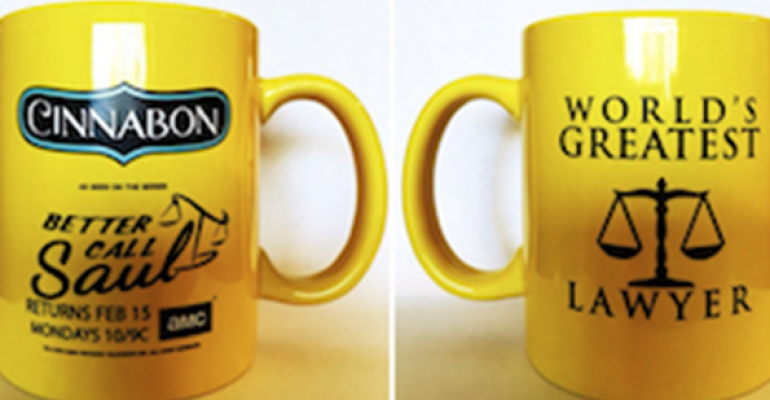 How restaurants can ride the celebrity wave

Celebrities can end up being a restaurant concept’s best friend, especially with brand mentions popping up among pop culture’s glitterati with increasing frequency.

This past month saw a trifecta of such luminary possibilities, with one brand embracing the opportunity and gleefully running with it.

After the Super Bowl, Orlando, Fla.-based Red Lobster got a Beyonce bounce when she mentioned the restaurant as a marital treat in the song “Formation” released on YouTube the day before. It didn’t go much of anywhere.

After a problem-plagued Grammy Awards performance, “Hello” singer Adele Tweeted to her 25.2 million Twitter followers that she was getting over it with a local favorite: “Because of it though... I'm treating myself to an in n out. So maybe it was worth it.” In-N-Out Burger didn’t immediately piggy back on the high-profile mention.

Because of it though... I'm treating myself to an in n out. So maybe it was worth it.

Cinnabon, the wonderfully scented cinnamon-roll division of Atlanta-based Focus Brands Inc., was doubling down on its unlikely partnership with the “Breaking Bad” spin-off series. It passed the sniff test big time.

The brand was first mentioned in the second-to-last episode of “Breaking Bad.” Low-life lawyer character Jimmy McGill, played by actor Bob Odenkirk, made the off-hand mention: “If I’m lucky, a month from now, best-case scenario, I’m managing a Cinnabon in Omaha.”

While not an extraordinarily positive reference — such as in the Beyonce or Adele cases — Cinnabon turned the mention into a sporty social-media vehicle and promotional partnership, giving away miniature rolls as the “Better Call Saul” first season debuted. (The brand also cheekily tweeted Odenkirk and suggested he consult the company’s careers page.)

Cinnabon was ready as Season Two started Feb. 15. The McGill character was again at an Omaha mall Cinnabon, and fans of the series were posting #SaulSelfie hashtagged photographs of themselves posed next to a nearly life-size cutout poster of the character’s at units, his clipboard touting the prize of a free trip to the series location in New Mexico. The Twitter #SaulSelfie promotion runs through Feb. 22.

Cinnabon also sent out a few coffee mugs with the season premiere prominently mentioned and reminded recipients that McGill is “just trying to work, and we’re just trying to get your on set.” The brand also offered free coffee on Feb. 15.

The Cinnabon-“Better Call Saul” partnership on the surface seems unlikely, but it serves both brands well in getting fans to tote the barge of promotion to their social-media friends and family. Positive word-of-mouth endorsements are the holy grail in marketing. AMC’s website is even hosting the legal caveats required for the trip-for-two giveaway and offer of “free Cinnabon for a year.”

I’m surprised media agencies haven’t been more responsive to the pop culture mentions like Cinnabon was. It’s very inexpensive exposure and gives the brand a certain cultural cache. But it does take a finely tuned marketing ear and quick response. The half life of such mentions is very short.

Even if the mention is less than glowing, the mere fact that it’s in the celebrities’ minds is worth consideration.

Oh, and I’m also writing about it — for what little that might be worth.