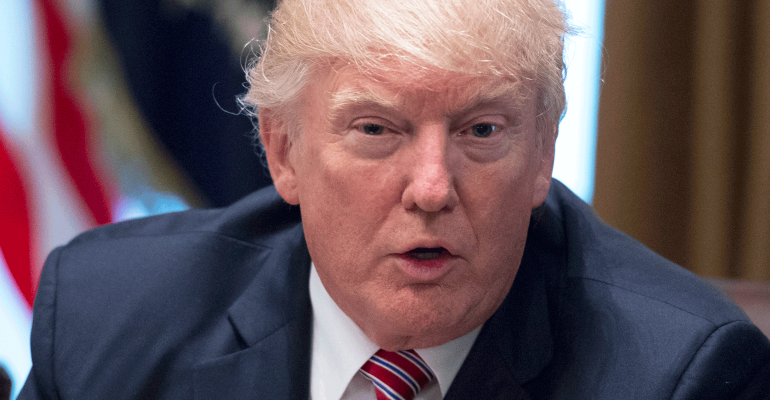 President Trump this month nominated a pair of attorneys to the National Labor Relation’s board, setting the stage for an overhaul of rules that angered restaurant and franchise groups.

This week, Trump nominated William Emanuel to the five-member panel. Emanuel is an attorney with the Los Angeles law firm of Littler Mendelson, which represents employers.

If confirmed, the nominees would give Republicans a majority of seats on the board — which is an independent agency but whose members are nominated by the president. The board investigates labor complaints and regulates the ability for workers to form unions. It has a major impact on employer-employee relations.

The National Restaurant Association applauded the nominees. “Given the board’s broad overreach during the previous administration and harmful decisions on joint employer, ambush elections and micro-unions, we welcome the balance and fairness Mr. Emanuel will bring to the board,” Cicely Simpson, executive vice president for the NRA, said in a statement.

The NLRB had become a major target for employer groups, given its recent rulings giving more power to unions and broadening the liability for franchisors over the employment decisions of its franchisees.

The board in 2015 effectively redefined who constitutes an employer, when it decided that Browning Ferris Industries was a joint employer of contract employees hired by a staffing services company — essentially saying that Browning Ferris had indirect control over those workers.

The board has also been embroiled in a case involving McDonald’s Corp. that would essentially consider the franchisor to be a joint employer of workers employed by its franchisees.

That decision had been under intense criticism from employer groups who believe it would devastate franchising by reducing the ability of franchisees to make certain employment decisions.

By putting conservatives in charge of the board, the NLRB could reverse course on the joint employer issue, potentially easing those concerns.

The board could also reverse course on a rule that limited the amount of time workers have to decide whether to form or join a union, which employer groups call the “ambush election rule.” And the board could change an Obama-era ruling enabling the unionization of smaller groups of workers, so-called “micro-unions.”

“This represents a huge opportunity for reform,” Trey Kovacs, a labor policy expert with the conservative-leaning competitive enterprise institute, said in a statement. “In recent years, the NLRB has pushed out job-killing decisions and regulations favoring the interests of organized labor over individual workers.”

The nominations are not expected to be controversial in a Congress, in which the president’s party controls both houses. Indeed, Reps. Virginia Foxx (R-NC), chairwoman of the House Committee on Education and the Workforce, and Tim Walberg (R-Mich), chairman of the Subcommittee on Health, Employment, Labor and Pensions, issued a joint statement praising the nominations.

“After years of an activist agenda that put the interests of union leaders over hardworking men and women, it’s long past time to move the NLRB in a new direction,” they said. “From the ambush election rule to the joint employer scheme, the partisan policies put in place during the Obama administration consistently promoted special interests while destroying jobs and restricting workplace freedom.”