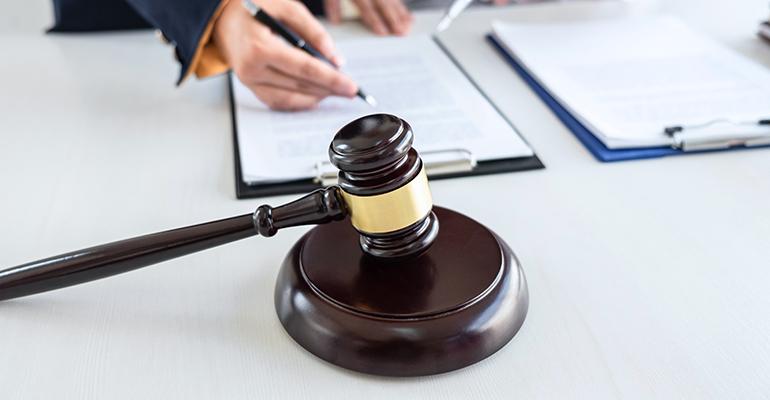 The Service Employees International Union, or SEIU, on Friday filed a lawsuit challenging the National Labor Relations Board’s “joint-employer” rule, this time with the argument that large corporations have been allowed to avoid collective bargaining despite dictating health-and-safety rules for workers during the pandemic.

In the complaint, filed in the U.S. District Court for the District of Columbia, the lawsuit challenges an NLRB rule issued in February 2020, which the labor union contends has put collective bargaining out of reach for millions of workers. The SEIU is affiliated with the National Fast Food Workers Union, commonly known as Fight for $15.

At the heart of the issue is a long-running debate over what constitutes a “joint employer” in the franchise world. Labor advocates have been pushing for franchisors to be recognized as joint employers with franchise operators, sharing both in liability for unfair labor practices and coming to the table in collective bargaining.

In January 2020, the Trump administration Department of Labor issued final rules updating the Fair Labor Standards Act to adopt a four-part test for assessing whether a company, as a franchisor, is a joint employer when it comes to wage issues.The test considered whether the company hires or fires workers; supervises and controls the worker’s schedule or conditions of employment; determines wages or payment; or maintains employment records.

In August 2021, however, the labor department rescinded that 2020 rule, effective Sept. 28, and the department is expected to return to a more worker-friendly interpretation.

The SEIU lawsuit, meanwhile, targets the NLRB, which speaks to collective bargaining rights. A Trump-era rule remains in place, which the labor union contends has limited shared responsibility for collective bargaining and unfair labor practice, creating what the SEIU calls a “corporate-friendly” rule that allows franchisors to escape liability as joint employers if they hold control over workers’ jobs in a contract without explicitly exercising it.

That rule is particularly egregious in light of the pandemic, the lawsuit contends, because the NLRB position does not consider health-and-safety matters as a set of employment conditions that a potential joint-employer can control.

Fundamentally, workers should have the right  to negotiate health-and-safety rules in the workplace that could be a matter of life and death, the lawsuit contends.

“The pandemic has demonstrated just how essential our nation’s essential workers are when it comes to keeping us fed, housed and healthy,” said SEIU President Mary Kay Henry in a statement. “The Trump Board’s joint employer rule lets companies that control these workers’ health-and-safety conditions escape the responsibility to bargain. This is both shameful and illegal, and SEIU will fight to have the rule struck down.”

Since the pandemic began, workers at McDonald’s and other quick-service chains have staged strikes and rallies advocating for better protections from COVID, including personal protective equipment, hazard pay and sick leave.

McDonald’s was accused by employees of unfair labor practices as a joint employer in a legal battle that lasted several years and was settled in 2019. An appeal of that settlement failed last year, despite the SEIU arguing that a board member should have recused himself as a result of a conflict of interest.