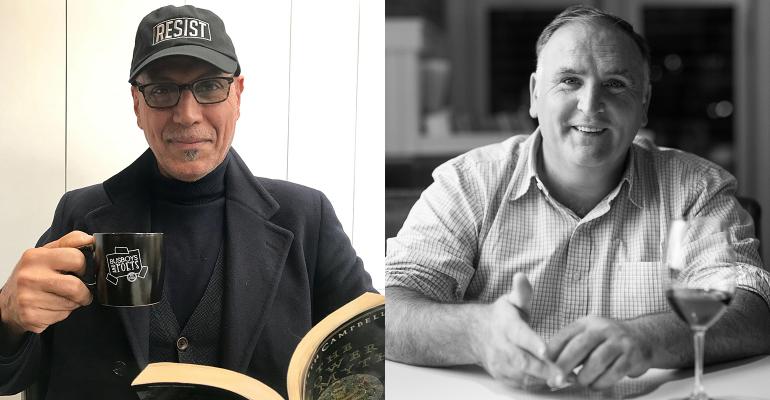 Restaurateurs back Thursday ‘A Day Without Immigrants’ protest

Restaurant owners in the District of Columbia, Minneapolis, Austin, Texas, and other cities announced plans to close their doors Thursday in “A Day Without Immigrants” protest.

Chef José Andrés, owner of the Washington, D.C.-based ThinkFoodGroup LLC and an immigrant from Spain, said his company would close five of its D.C.-area restaurants “in solidarity with the many immigrants on our staff who are passionate about participating in A Day Without Immigrants.”

In support of our people & #ADayWithoutImmigrants Thurs 2/16 we will not open @jaleo DC CC MD, @zaytinya or @oyameldc #ImmigrantsFeedAmerica

Anas “Andy” Shallal, owner of six Busboys & Poets shops in the D.C. area, said his stores would also be closed.

“I hope people will take a pause and realize the importance and contributions of immigrants to our everyday lives,” said Shallal, an Iraqi immigrant.“The losses are substantial but so are the stakes,” Shallal told NRN by email. “Hopefully we can use our presence to bring attention to the issue. I also hope this raises the issue of true immigration reform that is humane and considers the human cost of immigration, not just borders.”

Immigration has become a contested political issue, heightened in the wake of executive orders signed by President Donald Trump since his inauguration in January and the court setback Feb. 9 on his immigrant travel.

Our founder @andyshallal is an immigrant in solidarity #ADayWithoutImmigrants. We will be closed on Thurs. Immigrants make America great! pic.twitter.com/X6evbrp9yZ

As part of the social media-inspired “A Day Without Immigrants” protest, Andrés said he was closing his three Jaleo restaurants as well as Oyamel and Zaytinya on Thursday. “China Chilcano, minibar/barmini and all locations of Beefsteak will remain open, staffed by a collective team from all of our D.C.-area restaurants so that we can continue to both serve our guests as well as provide for those of our staff who plan to work that day,” Andrés said in an email. “We will resume service at all restaurants on Friday, Feb. 17.”

Andrés is still in a legal battle with Trump after the chef backed out of a contract in 2015 to open a restaurant inside Washington’s Trump International Hotel.

Staff & customers from around the world are integral to our business & community. Kitchen will be closed Thursday #ADayWithoutImmigrants

Shallal of Busboys & Poets said he was concerned that politicians were using immigrants “in an irresponsible way.”“Immigrants contribute greatly to this country,” he said. “They work hard, pay taxes, take care of their families.  Our team is completely on board and I am honored to support them as they me.”

John Andrade, an owner of Washington’s Meridian Pint, said he would be closing his kitchen as well.

“As a Latino business owner I stand in solidarity with all of my immigrant staff,” Andrade said in a Facebook post. “Therefore, we will close our kitchen this Thursday in support of our immigrant staff's desire and right to protest the evolving state of immigration policies in our country.”

Owners El Burrito Mercado in St. Paul said they also would refrain from dining out and making purchases. “The total number of us employees and our families participating in the one-day boycott, total almost 200,” they said on Facebook.