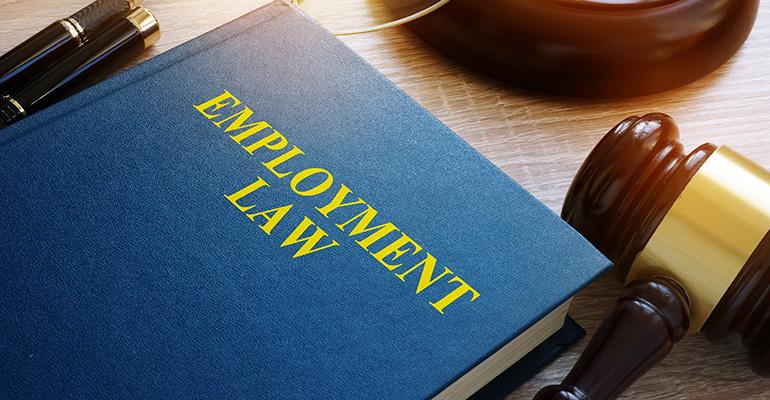 Opinion: 2019 could be a defining year for the industry

Prepare for increased activity around wage and paid-leave policy

Joe Kefauver is managing partner of Align Public Strategies, a full-service public affairs and creative firm that helps corporate brands, governments and nonprofits navigate the outside world and inform their internal decision-making. Kefauver and Sarah Lockyer, group publisher of the NRN Restaurant & Food Group, will address public policy and workforce issues at TDn2K’s Global Best Practices Conference, which begins Jan. 27 in Dallas. This article does not necessarily reflect the opinions of the editors or management of Nation’s Restaurant News or Restaurant Hospitality.

After November’s election, we had a pretty good idea about what the legislative and political landscape was going to look like at the state and federal level in 2019.

But we didn’t know how right we would be.

At the federal level, we knew a new Democratic majority in the House of Representatives would likely spell legislative gridlock along with a particular focus by House committees on the president’s political troubles, most notably the ongoing FBI investigation. And gridlock we have.

The partial federal shutdown over border funding made that a reality before the new House majority was even seated. But even in the midst of a border fight, Democrats were able to introduce legislation to raise the federal minimum wage to $15 and hour by 2024 and eliminate the tip credit. It would be surprising if that effort got any real traction but its politics as usual in Washington, D.C., and anything can happen.

That is why operators should focus on the states. The real impacts of the November election to the P&L will be felt at the state level.

The “Year of the Woman” in 2018 will result in the “Year of Women’s Issues” in 2019. There is perhaps no issue that will look more different at the end of 2019 than at the outset than will paid leave. States like Colorado, New Mexico, Maine and Nevada which have new Democratic “trifectas” — where one party has control of the state house, the state senate and the governor’s office — are already jumping directly into the paid-leave fray with a significant number of other states like Oregon and Connecticut to follow. California’s new governor has proposed six months parental leave. Six months. Put on your seatbelts.

Additionally, this issue is far less partisan than it used to be. Even Republicans in the U.S. Senate have offered federal leave legislation. And Republican governors Phil Scott of Vermont and Chris Sununu of New Hampshire have announced a unique bi-state proposal to offer a voluntary paid-leave program to cover workers in both states.

After a significant number of states pass various types of legislation, national chains will be forced to adopt company-wide policies and then pressure Republicans in Congress for a national standard.

The bottom line: If operators are not offering competitive leave benefits now, they better write them into their 2020 operating plans.

The #MeToo Movement made an indelible mark on the 2018 election cycle and now the candidates it spawned are getting to work. As a result, they will be pursuing numerous issues and at the top of the list will be pay equity. There are literally hundreds of new female policymakers in state chambers across the country, and you can expect they will vigorously address gaps in salary and benefits.

Outside of the usual efforts on minimum wage across the country, we can expect a variety of other proposals ranging from prohibitions on requesting salary history to ban-the-box bills to California’s proposal for new pay ban rules, which are similar to the federal EEO-1 requirements that were scuttled when Trump took office. Also on the agenda will be efforts to highlight CEO pay and prohibit “anti-poaching” language from being included in franchise contracts.

The other notable result from the November elections that operators should pay particular attention to is the election of numerous new Democratic attorneys general. In fact, for the first time in many years, Democrats outnumber Republicans in AG offices and many of those new elected officials come from the activist wing of the party. In fact, just recently, a coalition of Democratic attorneys general from ten states and the District of Columbia urged the NLRB to uphold the Obama-era joint-employer standard. The development is notable for many reasons but one area of concern is that an expansive view of the joint employer standard held by these attorneys general could manifest in state-level enforcement actions. Expect these policy makers to also be extremely aggressive in wage-and-hour enforcement (wage theft) as well as pay and gender equity issues.

While gridlock in Washington over the last ten years has given rise to increased activism at the state level, 2019 will likely demonstrate the starkest contrast between the glacial pace of legislating on Capitol Hill and the speed of public policy at the state level. Buckle up.