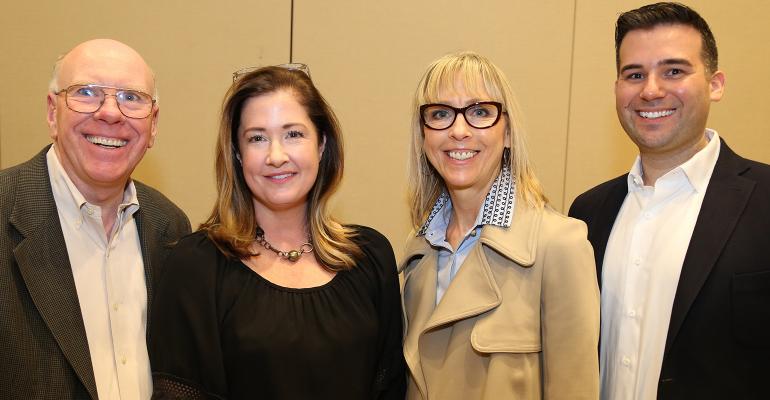 From text-message surveys to old-fashioned handing out of business cards to competitors’ employees, human resources professionals assessed that state of recruitment and retention during the HR Summit at the conference, sponsored by the business analytics firm Sunday through Wednesday in Plano, Texas.

“There’s not much pixie dust here,” said Tom Gathers, chief people officer for Red Lobster. “It’s not that easy. There’s an inverse relationship between the economy and the capacity to hire people.”

“You have to focus on the basics: It’s blocking and tackling,” Gathers said. “I started in this business right out of college 40 years ago. They taught me at the time: hot food hot, cold food cold, smile at the customers, keep the bathroom clean and get the money to the bank.”

Forty years later, Gathers added, it’s the same tactics, “but now you have to use a computer.”

Intent-to-stay interviewers are one tool that companies can deploy to help retain workers, Jamie Griffin, founder of the Good Workforce consultancy and formerly with Raising Cane’s.

In addition, some new tools like text-message exit interviews with hourly employees, “which is pretty phenomenal,” Griffin said.

“Staffing for success is really important across the board,” he added, which includes measurements on staffing levels and the stability of managers.

Surveying employees through annual “climate studies” can measure engagement, he said, but they are hampered by low response rates. Griffin said he might suggest a simplified survey.

“I might move to six to 12 very specific, very short surveys that were based on business problems,” he said. “If I had to get rid of one of those, I’d get rid of the annual and move to, say, five questions right now and ask how we could take action on that and respond to our teams to increase our engagement and satisfaction.”

“We were hearing a bunch of noise on uniforms,” Bartusek said. “We got 2,500 responses in four days from our team members.”

By comparison, she said, a longer annual survey with “too many questions” yielded only 1,500 responses over two weeks.

“People notice everything in the way you treat them,” she said. “In our role, we have to have extra-sensitive people to catch those things.”

Lori Van Holmes, who before becoming vice president of talent development at United Health Group worked with Buca di Beppo for 10 years, said human resources departments must evaluate legacy processes and jettison those that are no longer useful or germane.

“How can everybody feel they have a shared responsibility for the organization, from the busboy to the host to the counter worker to the prep cook?” Van Holmes asked. “Everybody is leaning in toward the customer to make sure we are serving them.”

“There’s a certain magic as to how people are treated in your business on their first day,” Gathers said. How employees are treated creates the company culture, he said, adding that how the team is treated translates to how guests will be treated.

How employees are handled on their last day is also crucial to the culture, Gathers said, as that shows how a company treats people in general.