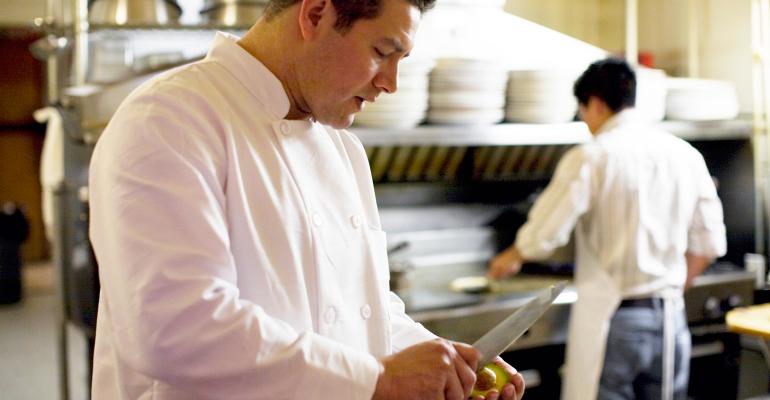 At least some elements of the Republican proposal to repeal and replace the Affordable Care Act that are favorable to business owners are likely to survive as the bill makes its way through Congress, according to industry observers.

The American Health Care Act (AHCA), which was introduced by House Republicans this week and is endorsed by President Trump, calls for the elimination of penalties for employers who do not provide health insurance to full-time workers, retroactive to Jan. 1, 2016. That should be a relief to many restaurant operators, said Amy Gordon, a partner in the Chicago office of law firm McDermott Will & Emery LLP.

“With the Affordable Care Act, there was a lot of concern about the requirement to offer coverage to individuals who worked over 30 hours,” she said, citing the often fluid nature of scheduling in the foodservice industry.

Under the ACA, known as Obamacare, employers with 50 or more full-time workers have been required to offer health insurance to the employees and their dependents. Full-time was defined by the ACA as working 30 hours per week or 130 hours per month.

The restaurant industry has long been opposed to the 30-hour threshold as the definition for full-time workers. Some operators have said they would be forced to cut hours to avoid having to offer health insurance, or raise prices to cover the costs.

Despite the proposed elimination of the employer mandate to offer coverage, companies might still have to report to the Internal Revenue Service about their worker coverage, said Dipa N. Sudra, partner at Davis Wright Tremaine LLP, Seattle.

“Employers may be rejoicing at the prospect of the demise of 1095 reporting, but that may be premature,” she said in a report on the new health care bill. “Any ACA replacement is likely to include employer reporting of coverage so that the IRS knows who has coverage.”

The Republican proposal requires IRS reporting for tax credits starting in 2020, she said.

The AHCA, or TrumpCare, removes the mandate for individuals to buy health insurance, along with the subsidies provided to individuals under the ACA to help purchase insurance on the marketplace exchanges. The subsidies would be replaced with a new system of health care tax credits.

The AHCA bill also would postpone the so-called “Cadillac tax” on employers, which would have penalized companies offering the most expensive insurance coverage. The tax had been slated to go into effect in 2020, but would not begin until 2025 under the new proposal.

Other proposed changes in the new bill include new measures to encourage the adoption of Health Savings Accounts and a lift on the limits of contributions to health Flexible Spending Accounts.

Gordon said she thinks the business-friendly aspects of the AHCA are likely to survive, while other proposed reforms around Medicaid block grants to states are going to face an uphill battle.

“I think a lot of the employer-related changes — the commercial insurance ones —will probably make it through in some form or iteration,” she said. “I can’t imagine them all being scrapped. I can foresee maybe a little bit of tweaking, but not so much that we don’t recognize them as they are today.”

The primary House committees with jurisdiction over health care — the Ways and Means Committee and the Energy and Commerce Committee — passed the bill this week, and moved it to the House Budget Committee. From there it could move to the House floor for a full vote, and then on to the Senate.

Democrats, with minorities in both the House and Senate, are expected to oppose the bill, while some Republicans have also expressed dissent. More conservative legislators have also balked at the proposed changes for not moving further toward a free-market system, while others reportedly are concerned that the changes would increase the rolls of the uninsured and that the state Medicaid grants would be insufficient.