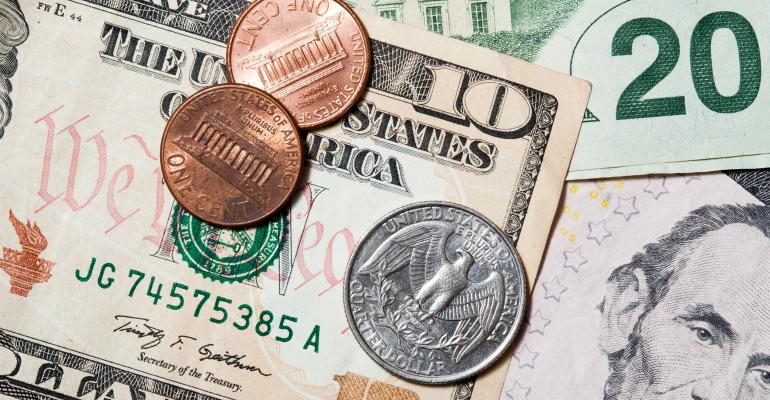 Minimum wage set to rise in more than 20 states

Both new and scheduled hourly pay increases to come in 2019

More than 20 states and a number of municipalities will be increasing the minimum wage just before or on New Year’s Day 2019, including recent statewide increases approved by voters in Arkansas and Missouri.

Voters in both states turned out Nov. 6 in record numbers to raise the minimum wage, and other states have already approved graduated increases scheduled to go into effect with the turn of the calendar year.

The federal minimum wage, which remains the standard in 21 states, has remained at $7.25 an hour since 2009. 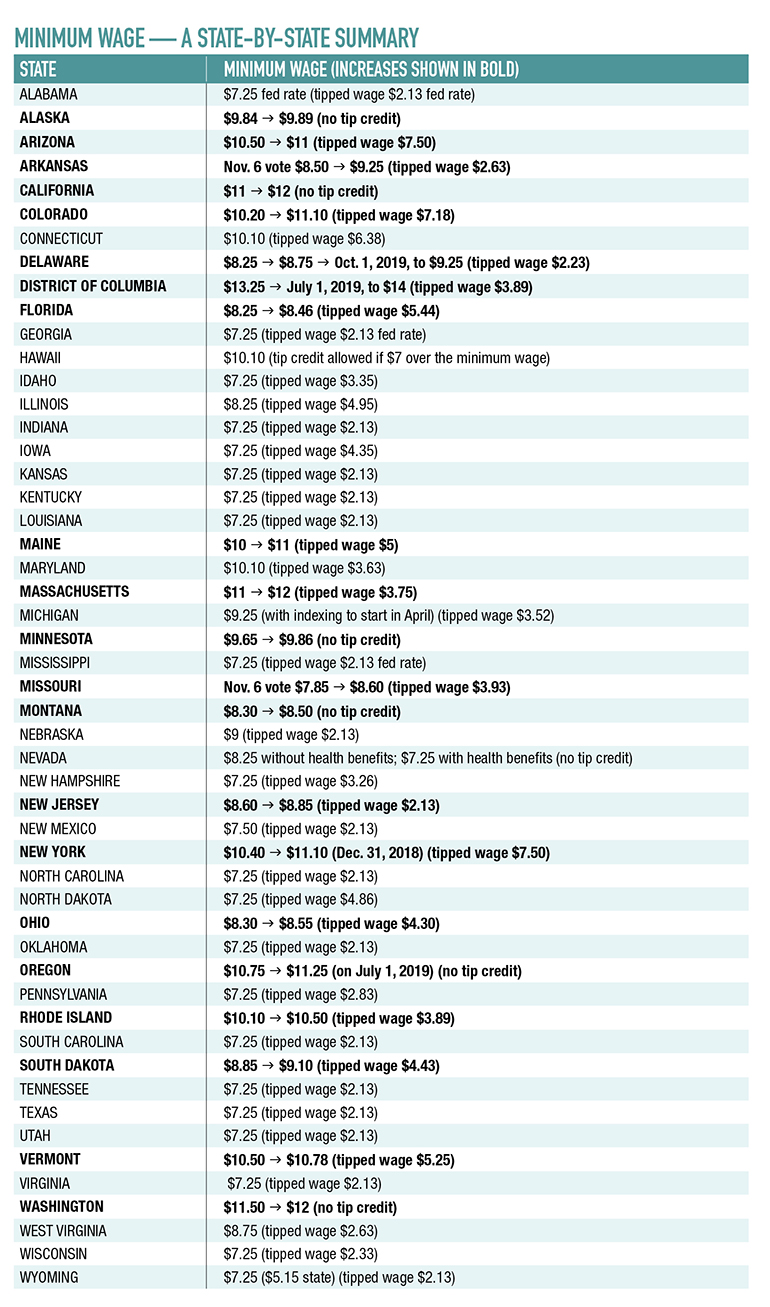 “While there is a possibility that the Missouri General Assembly could alter or even overturn Prop B, Missouri employers should prepare for the wage increase starting Jan. 1,” Samantha Monsees, an attorney with the Fisher Phillips law firm, advised clients. “Preparations should include informing all managers of the wage hike, as well as adjusting payroll systems and pay practices to comply with the new law.”

Minimum wages are less of a flash point than they once were, observers say, and many states have passed laws that chart out gradual increases or tie minimum-wage hikes to an inflation measure such as the Consumer Price Index. See the accompanying chart for a state-by-state rundown on increases for 2019.

“By and large, depending on where you are, the scarcity of workers is putting more pressure on wages than politicians are,” said Joe Kefauver, managing partner at Align Public Strategies, a public affairs and communications firm, noting that the business communities in Arkansas and Missouri did not gird heavily for the November ballot initiatives.

Pressure from advocacy groups to raise minimum wages at local and state levels has impacted the conversation, he noted.

“I always talk about the ‘shuns’ — legislation and regulation and litigation,” Kefauver said. “They are not doing very well. Their winning percentage is terrible, by and large. But on the other ‘shun’ — conversation — they really have done a very good job. Three or four years ago, the notion of a $15 minimum wage was insane. It was fringe. And now it’s the 50-yard line.”

Kefauver said he is keeping his eye on legislation that may affect the tip credits in various states and localities.

Some commerce groups, such as Business for a Fair Minimum Wage, supported raising the minimum wages in November’s Arkansas and Missouri initiatives.

“The minimum wage just hasn’t kept up with the cost of living, and paying higher wages has real bottom-line benefits,” said Howard Hanna, owner of The Rieger in Kansas City, Mo., in a statement. “I’ve seen lower turnover and less kitchen waste, which saves us money, and better customer service that helps turn guests into regulars.”

“Our low turnover is invaluable from a bottom-line and customer-service perspective,” Peck said.