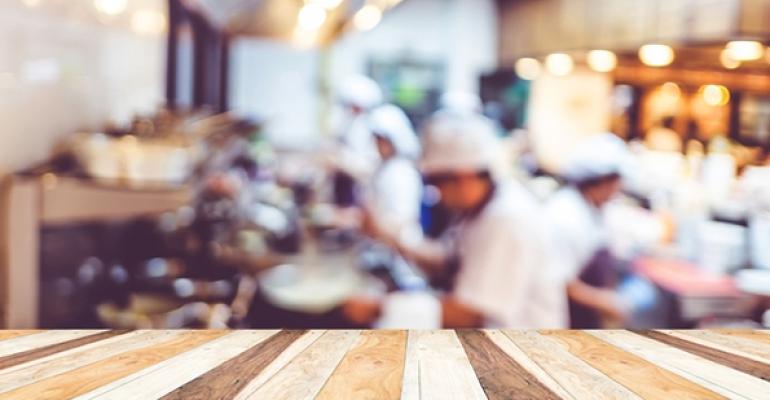 A federal judge in Texas issued an injunction Tuesday that puts new overtime regulations on a temporary hold just days before they were scheduled to go into effect on Dec. 1.

In a challenge to the new overtime rules filed by 21 states in the U.S. District Court for the Eastern District of Texas, Judge Amos Mazzant agreed with plaintiffs calling for an emergency injunction, saying the U.S. Department of Labor may have overstepped its authority in establishing new salary-level tests and an automatic increase to the threshold every three years.

The new overtime rules would raise the threshold of exemption for overtime from $455 per week, or $23,660 annually, to $913 per week, or $47,476 annually. As a result, about 4.2 million more workers across the U.S. were expected to become eligible for overtime pay, including many in the restaurant industry.

Industry lobbying groups, however, have opposed the threshold shift, arguing it was too much, too soon, and would overburden a restaurant industry already struggling with rising labor costs.

In a statement, the DOL said it was considering its legal options.

The department also said it strongly disagreed with the court’s decision, which will delay “a fair day’s pay for a long day’s work for millions of hardworking Americans. The department’s overtime rule is the result of a  comprehensive, inclusive rule-making process, and we remain confident in the legality of all aspects of the rule."

While the injunction was good news for the National Restaurant Association, officials warned that it doesn’t delay the overtime rule indefinitely.

The rules are put on hold until a decision is made on the case, and restaurant operators should be prepared to comply with the new threshold if necessary, the NRA said.

“This was a critical step in what we hope will be a positive outcome in the case against the Department of Labor,” said Cicely Simpson, the NRA’s executive vice president of government affairs and policy.

But, she added, “Additional legal actions or a final decision by the court in favor of the Department of Labor could result in the overtime rule taking effect. Therefore, the association once again reminds our members that it is important to continue to take the necessary steps to be ready to comply.”

The NRA, meanwhile, urged Congress to pass legislation that would modify or delay the rule’s Dec. 1 implementation date.

Rob Green, executive director of the National Council of Chain Restaurants, praised the delay because it would give Congress more time to act.

“The regulatory ‘timeout’ imposed by Judge Mazzant should allow Congress to vote to stop the regulation once and for all and would also let the incoming Trump administration create a more realistic and workable overtime solution based on sound economic considerations,” Green said in a statement

Robert Cresanti, president and CEO of the International Franchise Association, said in a statement the ruling allows franchisees to breathe a sigh of relief.

“Today’s ruling is a serious and significant victory for the rule of law,” Cresanti said. “While a modest increase in the overtime threshold would have been appropriate, many franchises were faced with difficult and costly decisions about how to reclassify their greatest assets — their employees.”

Attorney Janet Grumer, a partner and employment law specialist in law firm Davis Wright Tremaine, said the temporary injunction would likely be in place until the case is decided, and no decision is expected before the end of the year.

Grumer agreed that employers should not stop preparing for compliance.

“Should you pull the trigger now? No,” she said. “But you should plan to comply. It’s a very difficult transition if you don’t plan.”

Some employers may have already complied with the new rules, she noted.

Those employers will have to make a personal business decision about whether they want to roll it back or leave it in place, Grumer said.

In California, meanwhile, employers will have a new overtime exemption threshold to deal with in January.

That threshold would have been moot under the higher federal standards, but now that the DOL rules are on hold, state law applies, Grumer said.

Update: Nov. 23, 2016  This story has been updated with a statement from the U.S. Department of Labor.