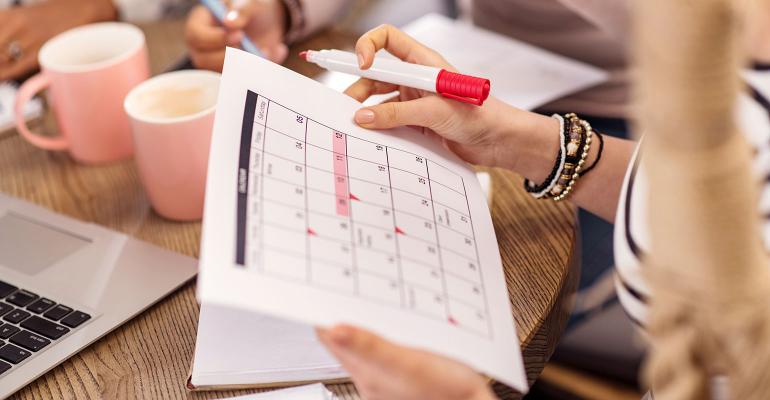 New York City's Fair Work Week Act was passed in May 2017 and went into effect on Nov. 26, 2017, requiring quick-service restaurants to set employee work schedules two weeks in advance and allowing fines to be imposed when shifts were changed with less notice.

Similar predictive scheduling measures have been approved in other cities such as San Francisco and Seattle as well as this past summer in the state of Oregon.

The challenge of the New York City law said franchise quick-service restaurants have been required to pay “hundreds of thousands of dollars in modified scheduling ‘premiums’” when schedules are changed within the two-week-advance window. Penalties for schedule changes of less than 14 days’ notice range from $10 to $75 each, depending on the amount of notice.

“This policy makes it prohibitively expensive for businesses to quickly adapt their staffing to fit changes in market demand, unexpected employee absences or myriad other staffing issues,” the IFA said in a press release. “Franchises, which are independently owned and operated, are the only types of QSR businesses affected by the law.”

“While well-intentioned, this law places unaffordable costs on New York restaurants, which jeopardizes the livelihoods of the very employees it’s designed to protect,” Haller said. “IFA hopes that the court will follow legal precedent and common sense to strike down this misguided policy.”

“New York State maintains exclusive authority to enact laws that limit the right of employers to change their employees’ work schedules,” the IFA said. “As a result, under well-established judicial rulings, the state labor law preempts the city from enacting or enforcing its own more restrictive and punitive scheduling law.”

The lawsuit asks the court to void the local Fair Work Week Act. No hearings have yet been scheduled in the case.