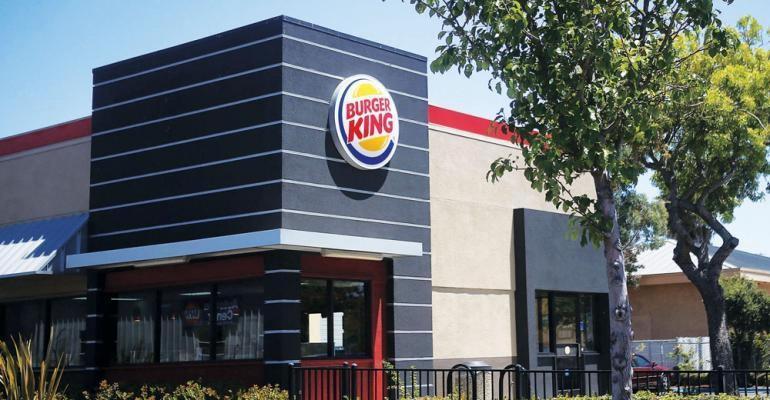 Shareholder activism is nothing new, but advocacy groups are increasingly taking shares in companies to pressure for change regarding environment, social and governance, or ESG, issues.
Operations>Workforce

This year, shareholder resolutions are bringing transparency to ESG issues, from workforce diversity to animal welfare

It’s annual meeting season and this spring publicly traded restaurant companies will see votes on resolutions ranging from the use of gestation crates in meat production to transparency about workforce diversity.

Shareholder activism is nothing new, but advocacy groups are increasingly taking shares in companies to pressure for change regarding environment, social and governance, or ESG, issues. Though such resolutions may never have a chance of being adopted, they bring debate about things like animal welfare, reducing emissions and whether to eliminate the tip credit to a more public forum — at least through proxy statements.

Later this month, for example, shareholders of both Dine Brands Global Inc. and Denny’s will be asked to vote on a shareholder resolution to analyze the impact of ending use of a subminimum wage, known as the tip credit.

Chipotle Mexican Grill and McDonald’s Corp. shareholders will vote on resolutions tied to diversity and inclusion transparency. McDonald’s, Wendy’s and Dine Brands Global Inc. will look at use of gestation crates for pigs raised for meat. 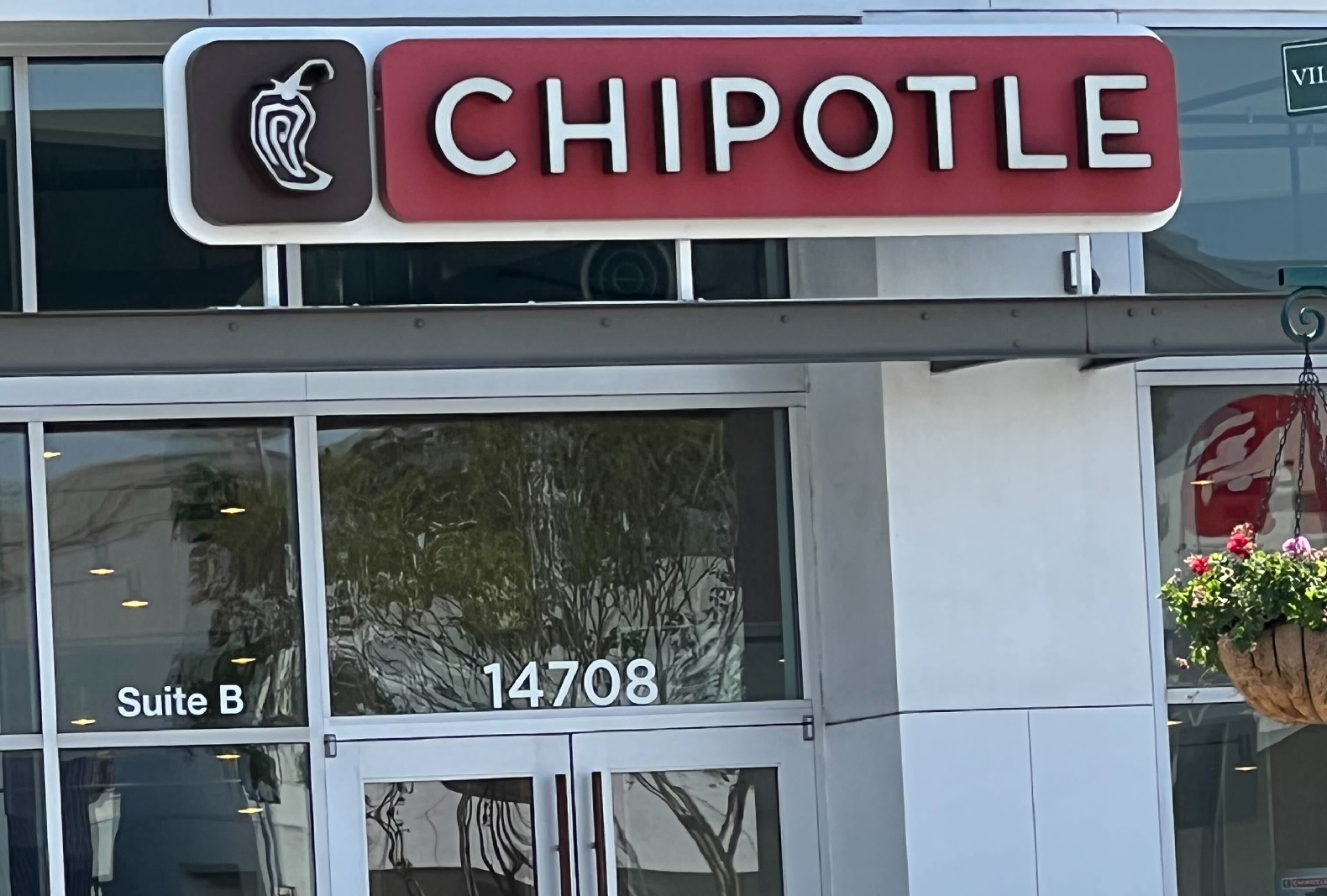 A resolution for Restaurant Brands International, or RBI, calls for the company to analyze and report on how the company will be resilient in the face of labor pressures.

Shareholder resolutions like these also draw more attention to ESG goal setting by large companies at a time when those goals are increasingly being tied to executive compensation.

Dine Brands on Thursday posted its latest ESG report, and company officials said goals will be tied to executive compensation next year. Papa Johns this week also released its report, announcing that an ESG metric will be linked to executive bonuses and incentive compensation for other eligible team members. Other restaurant companies that have linked ESG goals with compensation include Chipotle, McDonald’s and Yum Brands Inc.

Click through to see some of the ESG issues scheduled for a vote this year. For each of these resolutions, the respective company’s board is opposed, urging shareholders to vote against it — with one exception. 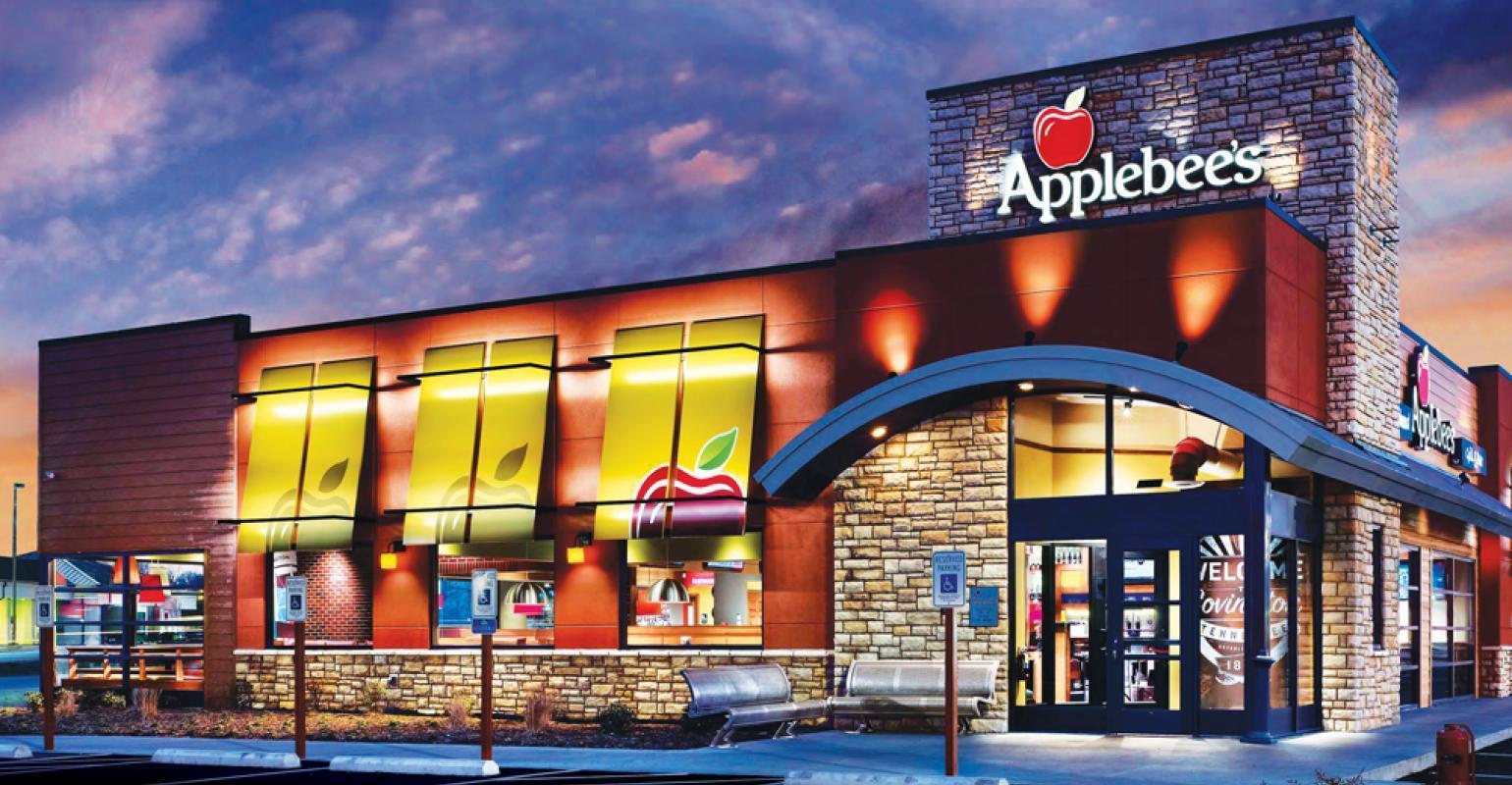 Dine Brands and Denny’s:  Taking aim at the tip credit

Shareholders of Dine Brands Global Inc. and Denny’s will vote on a shareholder resolution calling for the franchisors to analyze the impact of raising wages for hourly workers by doing away with the tip credit.

The resolutions were submitted by the Benedictine Sisters of Mount St. Scholastica and the Sisters of Charity of the Blessed Virgin Mary, who are members of the Interfaith Center on Corporate Responsibility.

At Dine Brands and Denny’s, the shareholder resolutions acknowledge that both companies are franchisors to chains that are almost entirely franchised, and therefore have no control over wages paid by franchisees. The resolutions ask the companies to analyze and disclose how restaurants would be impacted by paying the full minimum wage, with tips on top, rather than using the subminimum wage where allowed.

Dine Brands’ proxy also includes a shareholder resolution submitted by the Humane Society of the U.S. urging the company to follow through on promises to stop serving pork raised by suppliers that use gestation crates.

Shareholders of Chipotle Mexican Grill will be asked to vote on two proposals that call for more transparency on the chain’s efforts to address diversity, equity and inclusion.

One, known as Proposal 6, calls for a third-party racial-equity audit to analyze how the 3,000-unit fast-casual chain is addressing civil rights issues and their impact on the business. A second, known as Proposal 7, calls for the chain to publish qualitative data on workforce composition, retention and promotion rates of employees by gender, race and ethnicity.

The proposals, which are among the issues scheduled for a vote at Chipotle’s annual shareholder meeting May 18. 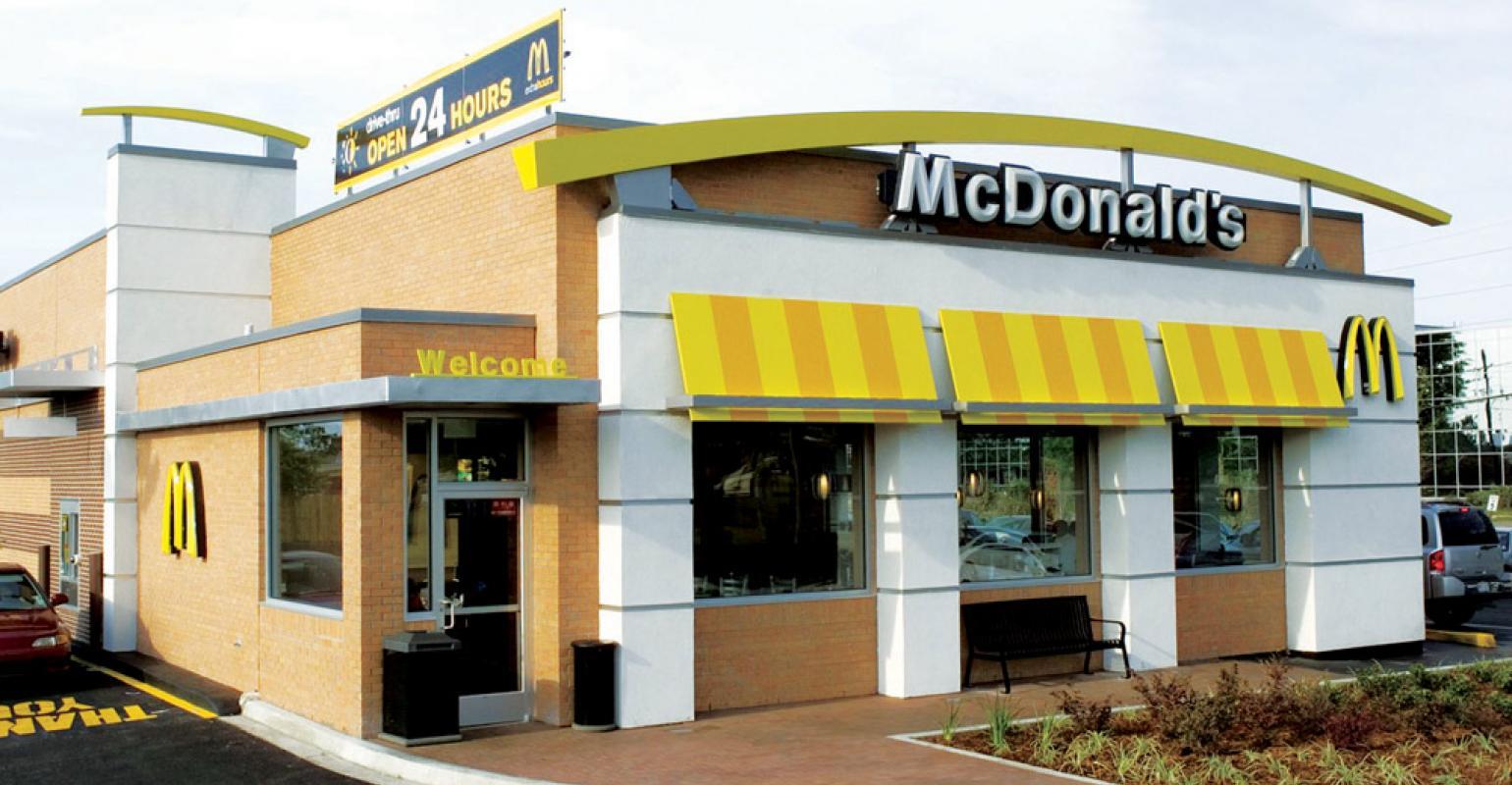 McDonald’s has been pressured for months by activist Carl Icahn over the welfare and treatment of pigs in the quick-service brand’s supply chain.

At the annual meeting scheduled for May 26, Icahn is seeking support for two “ESG experts” as board members to push forward goals, like moving away from pork produced by suppliers that use gestation crates by the end of 2023 for domestic units, among other goals.

In addition, a separate resolution, shareholders will be asked to vote whether the company should conduct a third-party audit to assess the chain’s commitments to civil rights.

McDonald’s initially asked the Securities and Exchange Commission if it could omit the proposal from the proxy statement, alleging it could interfere with lawsuits brought by Black franchisees. But the SEC said shareholders should be allowed to vote on the proposal.

In addition, McDonald’s shareholders will vote on a resolution from environmental-justice group As You Sow asking the company to reduce its use of plastic packaging.

McDonald’s contends it has already taken meaningful steps in that direction by committing to source renewable and recycled materials, and waste reduction, phasing out straws and taking plastic out of Happy Meals.

At its annual meeting June 15, Restaurant Brands International, or RBI, shareholders will be asked to vote on a resolution asking the company to analyze and report on how the company will be resilient in the face of labor market pressure.

The resolution calls for the franchisor to report on its business strategy for helping franchisees adopt competitive employment standards, including wages and benefits, and demonstrate the effectiveness of its strategy through disclosure of human capital indicators and information.

In its opposition, RBI argued that its 29,000 restaurants are 95% operated by franchisees. The company already provides workforce information in its sustainability report, the company said, and that any additional reporting would be an inefficient use of resources. 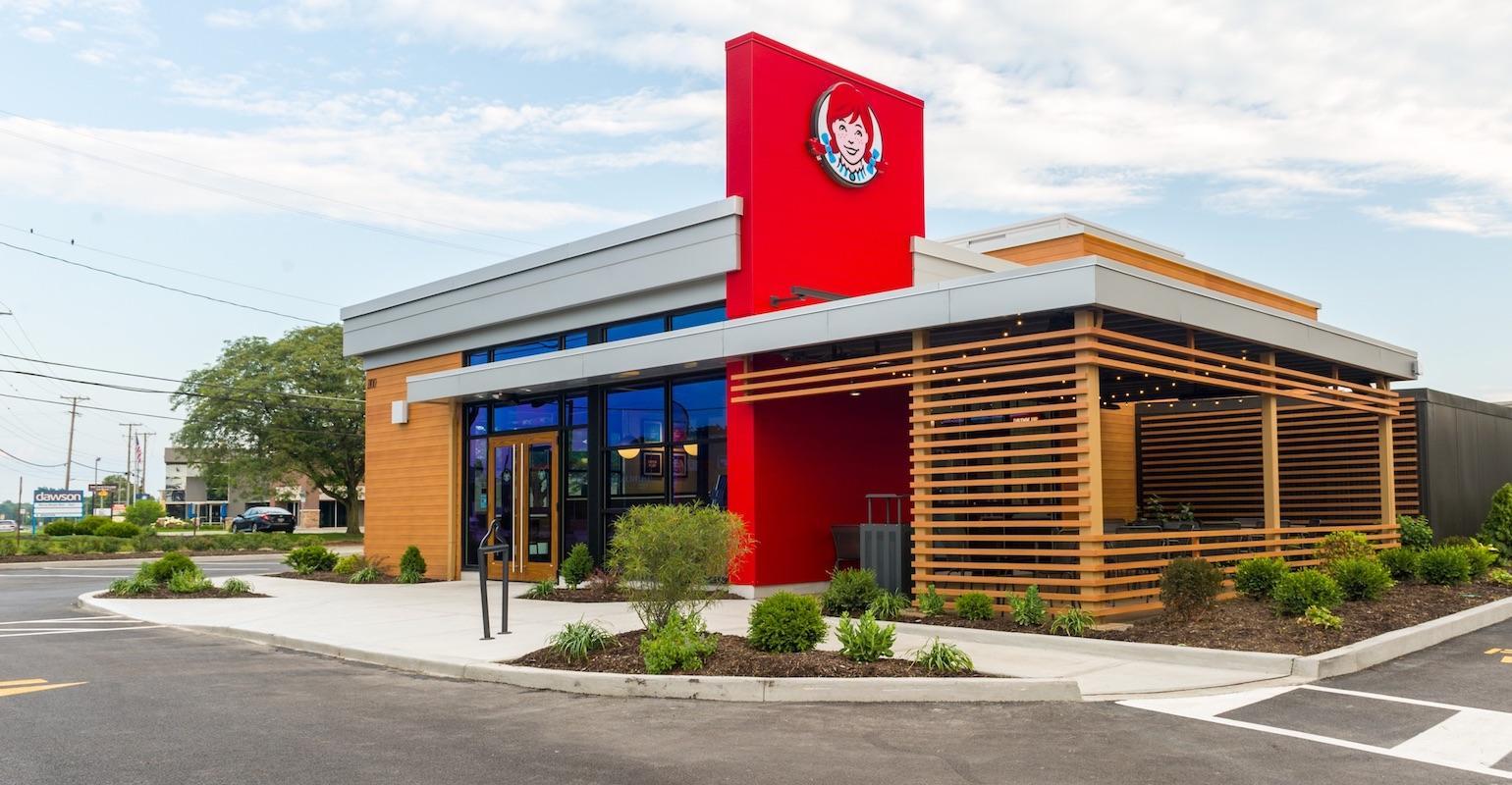 The use of gestation crates are also on the proxy for Wendy’s annual meeting, scheduled or May 18. A resolution calls for Wendy’s to confirm that use of the crates will stop within its North American supply chain by the end of 2022.

In this case, Wendy’s board has taken the position of neither supporting nor opposing the proposal, saying it’s on track toward reaching that goal.