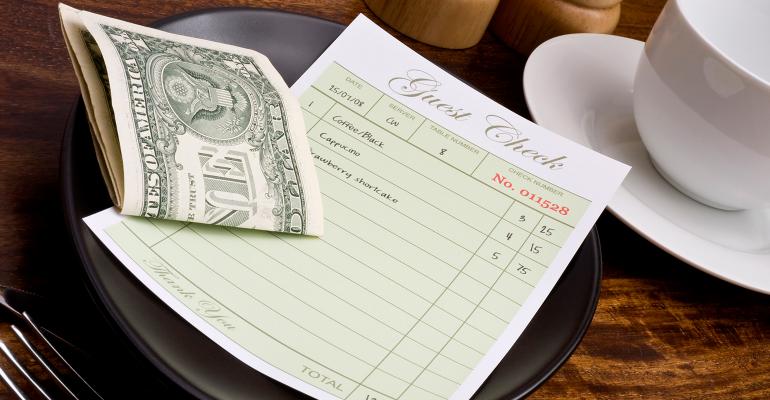 The Tip Income Protection Act, or TIP, was proposed by Reps. Katherine Clark, D-Mass., and Rosa DeLauro, D-Conn., to amend the Fair Labor Standards Act. It is a response to a controversial proposed revision of tip pooling regulations by the Department of Labor, which some contend would allow employers to skim tips.

The TIP proposal comes after Labor Secretary Alexander Acosta this week indicated his support for a legislative solution to prevent employers from taking employee tips.

“No one wants or believes an establishment should keep tips,” he reportedly told the House Appropriations Committee, which includes Clark and DeLauro, earlier this week. “This is a question of statutory authority. So I fully support a provision that says ‘establishments should not be permitted to keep any portion of a tip.’”

Acosta said the issue comes down to a question of whether the Department of Labor has the authority to regulate tips. Circuit courts have disagreed on the issue.

But Acosta said Congress could give the department the needed authority and that he would “100 percent” support a law that would make tips the exclusive property of workers.

“Why don’t we add a simple sentence to the law that says establishments, whether or not they take a tip credit, may not keep any portion of the tips,” he said.

The controversy began late last year after the labor department announced a proposal to change the tip-pooling rules to allow back-of the-house workers — who are not traditionally in the direct line of service — to share in tips.

The argument at the time was that restaurant cooks and dishwashers contribute to the overall customer experience, but they are generally paid less than their tipped co-workers because of department regulations put in place in 2011 that restricted workers outside the line of service from sharing in tip pools.

Several courts have challenged the department’s authority to restrict the sharing of tips, however, and the department said the 2011 rule may have “incorrectly construed” the law.

But just as the public comment period on the proposed new rule was about to close in February, reports revealed that the department had buried an analysis that would have shown the new rule could potentially allow employers to pocket tips for themselves.

The TIP bill attempts to address that controversy. Clark said she intends to hold Acosta to his word.

“Every day, workers depend on their hard-earned tips to feed their families and get through school, and the least this administration can do is offer assurances that their bosses won’t steal from them,” she said in a statement. “We should hold Secretary Acosta to his word and expect this administration to work with Republicans and Democrats to pass the TIP Act.”

The National Restaurant Association supported the Department of Labor’s efforts to allow back-of-the-house workers to share in tips. And the NRA said it also would support a law that would bar employers — and non-hourly workers — from sharing in tips. But the association is still reviewing the bill as proposed.

“As the voice for local restaurants across the country, we want to ensure that servers, bussers, dishwashers, cooks and others who work as a team to provide great customer service in the industry have access to share in tips left by customers,” said Angelo Amador, executive director of the Restaurant Law Center, the NRA’s legal arm. “The NRA supports codifying a provision that says that establishments and non-hourly employees would not be permitted to keep or share any portion of a tip.”

Supporting the TIP bill is the Economic Policy Institute, which in December estimated that employers could potentially pocket $5.8 billion in money left in tips.

Christine Owens, executive director of the National Employment Law Project, also joined Clark and DeLauro in introducing the bill saying in a statement: “Tips should belong to the workers who earned them. Period.”

Update: March 8, 2018: This story has been updated to clarify the National Restaurant Association's position.