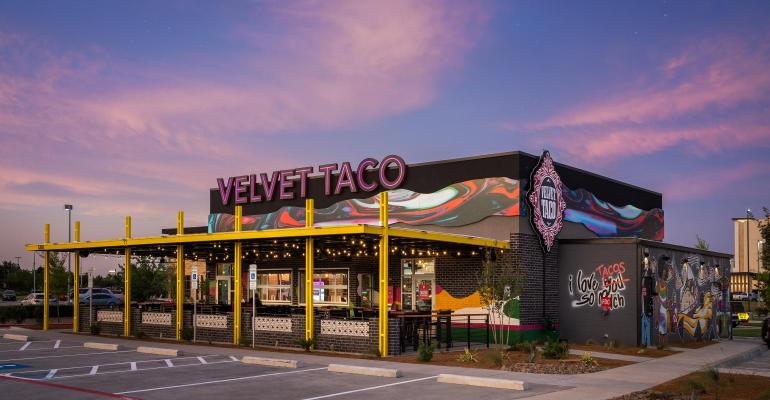 In the latest episode of the CREATE Live Learning Series, Savory Fund’s Andrew K. Smith and four restaurant operators chatted with Informa about the key to improving retention rates

It’s no secret that labor retention is one of the toughest challenges facing restaurant operators today, and while increasing wages might seem like the one-size-fits-all solution, it is only the beginning to changing rapid industry turnover culture.

Related: CREATE: The Future of Foodservice returns to Denver this September with all new immersive event experiences

“Retention is one of the few things you can control,” Patti Simpson said. “You can’t control the labor market or macroeconomic factors but you have control over what happens within your four walls.”

But how should operators approach turnover rate improvement?

According to data from BlackBox Intelligence, 92% of operators surveyed said that the number one change that helped non-management employee retention is raised wages. For management positions, wages are still the number one turnover cure, but they are followed closely by career development opportunities.

“Starting wage attracts them but once they’re there and they encounter a team culture that’s not a right fit, that’s when they leave really quickly,” Victor Fernandez said. “Culture is how you make that transition from ‘I just want to get paid’ to ‘I want a career in the industry.’”

Katie Bach agreed and said that when she joined the &pizza team in Dec. 2021, they were struggling with turnover rate, so they had to change their approach to improving staff culture to encourage longevity, especially since in the limited-service brand of the restaurant industry, 61% of employees have been at their job less than one year, according to BlackBox Intelligence data.

“Pay matters, but you want meaning and a sense of belonging,” Bach said. “[…] Even if you’re paid well, if you have enough days in a row where you’re disrespected and set up to fail, you’re going to leave your job.”

That’s why if you want employees to last longer than a year, operators should pay attention to how managers are treating their employees.

“The fastest way to get someone to leave quickly is to have them work under a manager that treats them disrespectfully,” Bach said. “When I worked at Starbucks, we used to hear from employees all the time either ‘I’m loyal to this company because my manager is great’ or ‘my manager does not treat me well.’”

In response to these observations, &pizza has been rolling out manager programs and training tools which they had previously not had.

Use surveys and data to learn what your employees want

Almost all of the operators who spoke at the CREAT Live Learning session said they’ve learned a lot just by surveyed their employees and keeping track of employee data.

“We started measuring retention by restaurant and making retention front and center on our priorities list,” Clay Dover said. “We took our eye off the ball just for a bit and became worse than the industry average. We do a happiness survey twice a year and I personally read all of the team member comments and raw data. It’s amazing to hear their perspective.”

Focus on the first 90 days

According to recent data, nearly one-third of all employees quit their jobs within the first 90 days, across all industries. So, restaurant operators should try to particularly focus on a smooth training and onboarding process.

“Look holistically at the new employee experience: how are you interviewing, what is the training, etc.,” Luke Fryer said. “Understanding the employee experience is about how you’re hiring your employees, moving them into a role, and communicating them about their schedules.”

Predictable scheduling should be priority

Flexible scheduling was another of the top priorities of employees, alongside fair pay/higher wages and career opportunities.

The last, but not least, key to the retention puzzle is promoting internally, which helps employees have a sense of purpose and also cuts down on costs needed to hire externally.

“We made internal promotion a priority at &pizza this year,” Bach said. “We gave a big shoutout when someone was promoted internally and whenever a manager made a request for advertising a leadership role externally, I’d ask why they hadn’t considered someone internally first.”