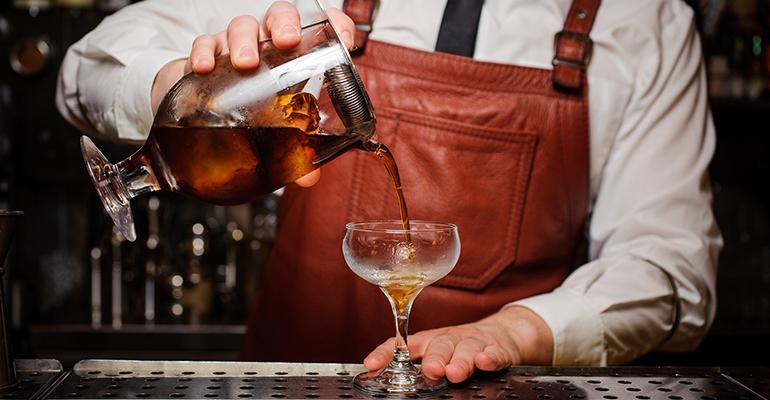 Get immersed in your field, support your peers and never burn a bridge, these professionals say

David Flaherty has more than 20 years experience in the hospitality industry and is the marketing director for the Washington State Wine Commission. This article does not necessarily reflect the opinions of the editors or management of Nation’s Restaurant News.

What if we could go back to the start of our careers, when we formed the roots of our professional paths, knowing the lessons we now know? What would we tell ourselves?

“The main thing is get dirty, literally and metaphorically,” said Juliette Pope, former wine director at Gramercy Tavern in New York City and now portfolio manager for David Bowler Wine. “Get your hands in it; do all the things related to the industry — if you are a cook, go to staff wine tastings in your restaurant and trade tastings outside the walls. If you are a waiter, go to whatever beverage stuff pops up, and also go trail in the kitchen and in the cellar. Whatever you do, get behind the bar, get into the coffee station and go visit the roaster when there is an outing, or create that outing yourself for others.”

Finding mentors at any point in your career is a strong move, said Jill Zimorski, former wine director of the Alinea Group in Chicago, and now a Champagne specialist for Moët Hennessy.

“I wish I had known the value of having a mentor earlier,” she said. “I never actually ever worked with a more senior sommelier, so I always felt I had to work twice as hard to learn half as much as I felt my peers knew. As I progressed, I sought and found tremendous mentors, and they've been invaluable. In turn, I've tried to be a mentor to others in the community.”

Working in foodservice is a transitory world, where people bounce between restaurants in their careers. Knowing this can be helpful for those just starting out.

“I wish I'd been more aware of keeping detailed contacts when I was getting started,” said Dan Bronson, formerly beverage director at Crescent & Vine and now general manager of SingleCut Beersmiths, both in Queens, N.Y. “It’s astounding how many barbacks you'd meet who are now general managers and buyers. Have everyone's number.”

“The world is small,” she said. “So never burn a bridge by being a jerk to someone you think doesn't matter — it all comes back around, so be respectful.”

And remember that great businesses are built on solid teams.

“I wish someone had reminded me that good managers appropriately dole out jobs,” Bronson said. “Don’t do everything yourself. Nobody works as well as they think they do when they aren't delegating and sharing responsibilities.”

For Pope, the key to success is all about learning to manage people and relationships.

“Make developing those skills a top priority.” she said. “All the spirits or wine knowledge in the world makes not a whit of difference if no one wants to work with you.”

The restaurant world is a mix of seasoned professionals and those doing temporary work, and embracing this reality is key for managers.

“Managing people is my greatest day-to-day challenge, so patience and showing solidarity is essential,” said Jarred Roth, beverage director at Fowler & Wells in New York City. He’s found he can inspire his team by jumping into any role necessary.

“I may wear fancy suits and build beverage lists, but no one should be above any job in the restaurant, so I won’t hesitate to throw on a porter's jacket and wash dishes,” he said.

That unified, team approach goes a long way in cultivating allegiance from your staff, and Pope also adopts that mentality.

“Support the growth of all those around you,” she said. “You learn and grow by sharing what you have to offer with them. You are not competing with them, but instead, you are building each other for the ages.”

Sometimes committing to your growth may mean taking a less prestigious gig, if it means working with the best of the best to cultivate new skills.

Roth took a number of positions over the years that, despite having strong titles, were for companies that didn’t foster his growth.

“Now, I choose a position based on the company and the people, not the job title,” he said.

Zimorski and Pope built their careers by carving out opportunities wherever they could.

“If there is an education opportunity, such as a seated wine tasting, sit in the front row,” Zimorski said. “Be that student who is engaged and involved.”

And constantly be on the lookout for where your interests can align with those of the business you’re working for.

“Don’t assume that something isn't possible just because you don't see it happening already,” Pope said. “You can switch from back of the house to the front of the house, or vice versa. You can create a cider or vintage beer program where one doesn't exist. Maybe no one else has the time, interest or knowledge to do so, but will be thrilled that you do.”