As more restaurants raise wages, Baum + Whiteman predicts that restaurants will continue to struggle to balance wage costs and rising rents with menu price decisions. Amazon has made $15 per hour the entry-level minimum wage. Expect more reductions in service staff, automation and other technologies, as well as conversion to fast-casual formats and reliance on delivery.

The fast-casual segment is growing but also still evolving, and a new niche has emerged to fill the gap between fast casual and traditional fine dining. The new fast-casual establishment combines  fine-dining restaurant food quality with a quick-service atmosphere and mid-range pricing, like Kish-Kash in New York, a “couscouseria” offering high-quality, counter-service North African food for $15 to $18 per person.

From a robotic pizzamaker that makes 120 pizzas in an hour in France, to an artificially intelligent sidewalk barista at San Francisco’s Café X, robot chefs and waitstaff are not going away.  As front- and back-of-the-house bots continue to make the transition from novelties to commonplace tools, restaurants will have to find new ways to assure job security for employees, the report said.

While Americans tend to conflate Central Asian cuisine with Turkish kebabs and halal cuisine, culinary traditions from former Soviet states like Kazakhstan, Tajikistan, Azerbaijan, and Uzbekistan have started to poke their way into the mainstream, according to Baum + Whiteman. Popular dishes include new spins on noodles, meat and fruit combinations, and dumplings stuffed with tarragon, cilantro, dill, and spinach.

As cannabis is legalized in more and more places, both nationally and internationally, THC or CBD-laced food and drink have become sought-after menu items. Baum + Whiteman mentions CBD oil-infused cocktails and ingredients in unique forms across the country as a major trend, like the CBD-infused latte at Green Goddess Café in Stowe, Vt., and CBD-infused cake frosting at By Chloe’s in New York City.

While Blue Apron and other online meal-kit providers struggle to create a returning customer base, food stores and restaurants are dipping their toes into the meal-kit game. Baum + Whiteman predicts that Chick-fil-A will be the next leader in this market by testing out ready-to-cook meals in several markets.

With the rise in popularity of Korean, Filipino and Persian food comes a new penchant for sour flavors. Baum + Whiteman mentions the persistent popularity of kimchee and fermented kombucha, as well as vinegar-based Filipino dishes and new Persian restaurants that use tart ingredients like rhubarb and sour oranges.

Lab-grown protein is set to explode in popularity through 2019. Economically viable lab-grown-meat production is still years away, but If meat grown from cells becomes the norm, we would see monumental improvements in animal rights and environmental concerns, the report contends. Just Inc. plans to test a "cultured" chicken product in an unnamed restaurant next year, subject to regulatory considerations, and Tyson Foods and Cargill are also heavily invested in the emerging industry.

Japanese pork katsu sando — panko-fried cutlets stuffed between two slices of bread and slathered in sauce — is growing in popularity, Baum + Whiteman says. You can find versions of this traditional comfort food at Momonoki in Atlanta (made with fried shrimp or chicken), and at Katana Kitten in New York, which serves an Italian version that’s topped with a slice of mortadella.

From Capital One banks opening cafes, to theaters like iPic and Alamo Drafthouse serving full meals, and Restoration Hardware installing a wine bar on the roof, the lines between different types of public spaces are blurring to compete for the attention of customers. 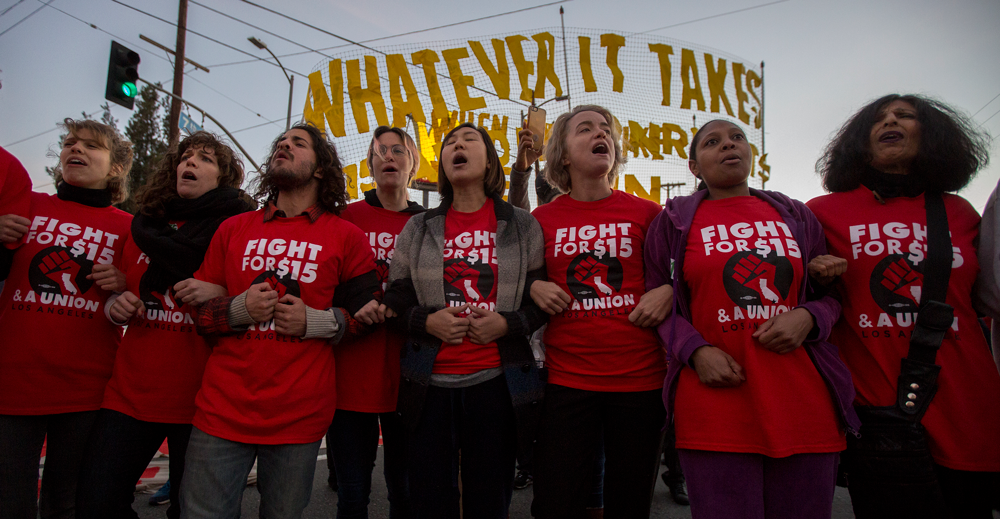 Next Up
Flavor of the Week: Tamari
Start Slideshow ›