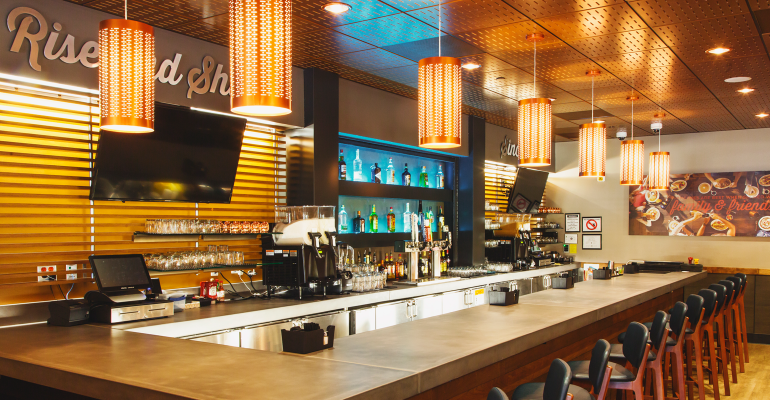 There’s a bar in an Arizona IHOP

“This was a unique opportunity that an IHOP franchisee identified and worked closely with the brand to make happen,” said Stephanie Peterson, an IHOP spokesperson. Glendale, Calif.-based Dine Brands Global Inc is the parent company of IHOP as well as Applebee’s.

The Phoenix location had previously been a Lone Star Steakhouse with an existing bar and liquor license.

The bar serves craft beer, wine, and brunch-inspired cocktails, such as the Mulemosa, with Regatta ginger beer, sparkling wine, and a splash of orange juice; the Blue Roof Bloody Mary, with a Tajin rim, celery, olives, and hickory-smoked bacon; and the Frozen Rooty Rita, a blended margarita with strawberry puree.

“Some of our most successful innovations over the last 60 years have started with our franchisees bringing ideas forward,” she said.

IHOP Pancake Day is one example. “The event was started by a group of franchisees in the North East in 2005 as a way to help charities focused on providing lifesaving treatments to kids and families.”

“IHOP, along with the franchisee of the Phoenix location will be closely following guest responses to the Rise N Shine Bar in Phoenix, and so far, we’ve heard a lot of positive feedback,” said Peterson.

IHOP has about 1,750 units, but despite customer reaction, the brand has no plans to add bars to more IHOP locations.